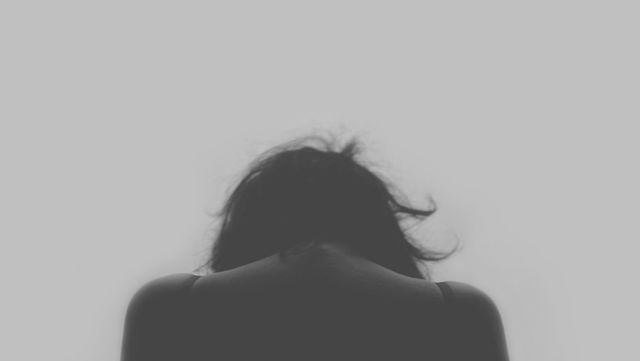 I tried to have fun, dancing to generic music blasting from the stereo and clutching a rum and Coke in my hand. My friends and I had decided to try out a new club, but I was already uncomfortable by how many guys tried to stick their tongue down my throat despite me showing no interest. Everything suddenly got blurry.

I don’t really remember what happened next. I only remember being groped and the taste of beer in my mouth. My friends later told me that they saw me making out with a guy and then I waved at them, which made them think I was saying bye. It was late January in Quebec—so, it was very cold—and when the man began to lead me outside the club, the bouncer quickly realized that something was up, because I wasn’t wearing a jacket. My friends realized something was wrong when the guy who roofied me and the security guard started to argue. A friend took me home and looked after me. In an ideal world, we would have gone to the hospital, but the ERs in our area are known among university-aged students for accusing people of being “too drunk” instead of testing them for date rape drugs.

After I woke up the next morning, and the gravity of what happened, and what could have happened, pounded in my brain more heavily than my headache. I had been roofied, I had been sexually assaulted, and if the bouncer hadn't noticed something was wrong, I could have been raped.

Growing up, statistics and suggested protocols about sexual violence were grilled into my brain during health and wellness classes. I knew that roughly one in four women will be sexually assaulted during their time at university, and that it’s important to get a rape kit within 72 hours of being assaulted. But as a 19-year-old freshman in university, what I didn’t know was how I was going to start healing. This wasn’t the first time, nor the last, that I had been sexually assaulted, but the sense of losing all control after being drugged scared me.

What I did soon realize was that I was on the verge of hyperventilating whenever any guy who I was not friends with initiated any form of physical contact. Drawing from that, I soon realized that abstaining from sex would be the best avenue for me as I healed from sexual assault. I did not choose what had happened to me, but I had a choice in my healing.

At that time, and now, I’ve generally existed within leftist circles, where sex is often talked about in terms of sexuality and the importance of consent. Within these circles, I’ve felt like there is an assumption that most people are having sex unless they’re asexual, abstaining for religious reasons, or are just waiting for a person that they feel comfortable with. These are all valid. But in these conversations about sex, I’ve felt uncomfortable sharing that I’m not sexually active right now. Mostly because I knew that I would then be asked why I was not having sex, and that is a discussion that I don’t feel totally comfortable answering in a casual chatting setting.

Healing from sexual assault is not linear. What’s best for me won’t be the best for everyone. Not being sexually active right now as I deal with the trauma that comes from being sexually assaulted is my choice. Some people may choose to pursue more sexual partners after being assaulted, which may be the right decision for them.

There needs to be more recognition in our world that people abstain from sex for more than a few reasons. We should respect someone’s decision to be sexually active or to abstain from sex and not make any assumptions why they made that decision. Someone who isn’t comfortable sharing that they aren’t sexually active because that’s how they are choosing to cope with sexual assault shouldn’t feel pressure to be outed as a survivor. I’m not sexually active, because I get triggered by physical intimacy. I know what’s right for my body, I wish that I had never been sexually assaulted, as I could have done without that trauma, but I am now choosing how I heal.

Julia Métraux is a writer, dog person, and student at The New School. Her work has appeared in The Tempest, Alma, Guts Canadian Feminist Magazine and more. You can follow her on Twitter at @metraux_julia.