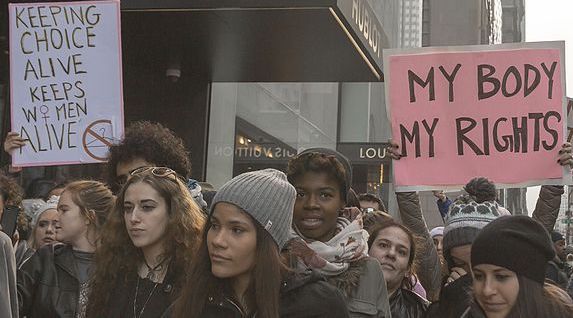 Two doctors and a clinic are requesting the Supreme Court to allow an emergency stay of a law that would greatly reduce access to abortions in Louisiana. According to NBC News, the law would require doctors who perform abortions to have admitting privileges at a hospital within 30 miles of their clinic, which would leave only one doctor at one clinic with the ability to perform the procedure in the entire state.

The Center for Reproductive Rights told NBC News that the restricting law “cannot possibly meet the needs of approximately 10,000 women who seek abortion services in Louisiana each year.” In the doctors’ petition to the Supreme Court, they argue that, if this law goes into effect, women, physicians, and clinics in the state of Louisiana would be “irreparably harmed” and that “the health, rights, and dignity of thousands of Louisiana women hang in the balance, along with the fate of the state’s three remaining clinics.”

In 2016, a similar law in Texas was struck down by a 5-3 vote in the Supreme Court. The law was blocked because it imposed an obstacle on access to abortion without providing any medical benefits. Unfortunately, the make-up of the Supreme Court has changed since then, with the addition of conservatives Neil Gorsuch and Brett Kavanaugh. For the Louisiana abortion restriction to be blocked, at least one of the conservative judges will have to join the four liberal judges in the final vote. According to NBC News, the Supreme Court ordered Louisiana to respond to the petition before they make their final verdict. The way Gorsuch and Kavanaugh vote will reveal a lot about the future of abortion rulings in the United States.