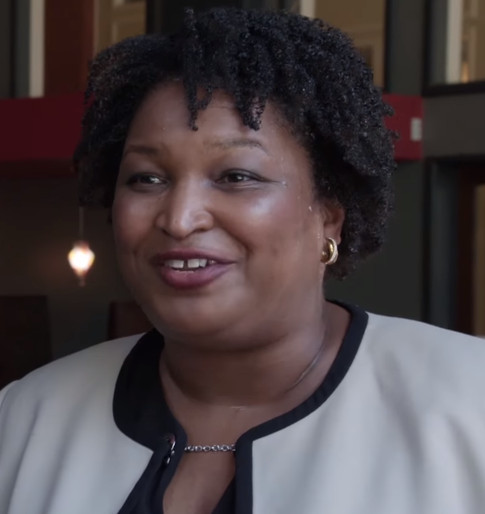 Stacey Abrams, 2018 Democratic Georgia gubernatorial candidate and all-around-badass, was invited to give the Democratic response to Trump’s State of the Union address, and she announced yesterday that she accepted the invitation!!

At a moment when our nation needs to hear from leaders who can unite for a common purpose, I am honored to be delivering the Democratic State of the Union response. https://t.co/0dpA3lJZpS

We are thrilled to have @StaceyAbrams deliver the Democratic Response to the State of the Union. Her electrifying message reinvigorated our nation & continues to inspire millions in every part of the country. #SOTU https://t.co/ISywFm7PQ3 pic.twitter.com/JiuOA9kTyj

In celebration of Abrams’s acceptance and in preparation for her speech, here are some fun facts about the inspiring force, according to her TED talk speaker bio:

1. And, um, yes. You read that last bit right. Abrams gave an incredible TED talk, which you can check out HERE.

2. She was valedictorian of her high school class.

3. Abrams has a bachelor’s, master’s, and law degree from Spelman College, the LBJ School of Public Affairs at the University of Texas, and Yale Law School, respectively.

4. Abrams, under the pen name Selena Montgomery, is the award-winning author of 8 romantic suspense novels, which have sold over 100,000 copies.

5. Abrams was the Minority Leader of the Georgia House of Representatives from 2011-2017, where she stopped legislation to raise taxes for the poor and middle class, she stopped a roll back on reproductive healthcare, and she passed legislation to improve support and welfare of grandparents and other kin raising children, among other things.

6. Abrams was the first Black woman to become a major party nominee for governor in the United States.

7. Abrams’s 2018 campaign for governor turned out more voters than any Democrat in Georgia history.

8. The gubernatorial race in Georgia revealed gross mismanagement and voter suppression during the election, so Abrams launched Fair Fight to ensure every Georgian voice is counted in future elections.

In conclusion, Stacey Abrams is brilliant, accomplished, passionate, and she’s just getting started. Abrams's SOTU response will be on February 5th, and according to NPR, she is a potential 2020 Georgia Senate candidate. Let's go, Stacey!

Tags: Stacey Abrams , State of the Union response , Democrats
Support Feminist Media! During these troubling political times, independent feminist media is more vital than ever. If our bold, uncensored reporting on women’s issues is important to you, please consider making a donation of $5, $25, $50, or whatever you can afford, to protect and sustain BUST.com. Thanks so much—we can’t spell BUST without U.