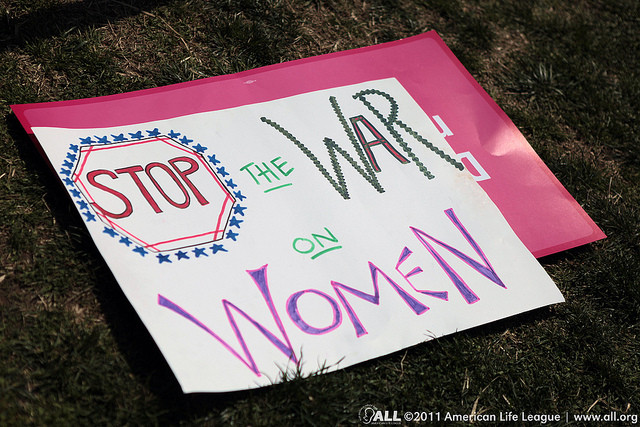 The new Democratic majority of the New York State Senate is wasting no time. Yesterday, on the 46th anniversary of Roe v. Wade, New York State passed a series of bills that codify and expand reproductive rights. The three bills that were passed include the Reproductive Health Act (RHA), The Comprehensive Contraception Coverage Act (CCCA), and the Boss Bill. The following information below is from the New York Senate’s website:

The Reproductive Health Act, sponsored by Senator Liz Krueger, updates the states nearly 50-year-old abortion laws. It ensures that abortion is health care and will not be treated as a criminal act by placing it under public health law instead of penal law. The previous laws allowed abortion up to the first 24 weeks of pregnancy and at any point if it was medically necessary to protect the mother’s life. The RHA adds a provision for abortion at any time if the baby would not survive the birth, or if it is necessary for the mother’s life OR health. Krueger said, “The decision about whether to have an abortion is deeply personal. It involves complex weighing of a woman’s unique circumstances, her medical needs, her private morality, and her own body. This is why it is a decision that must be made by a woman and her healthcare provider alone – not by the government.

Comprehensive Contraception Coverage Act, is the first bill sponsored by Senator Julia Salazar. This bill requires health insurance companies to cover all FDA-approved contraceptive options, as well as comprehensive contraceptive counseling and services. Salazar said, “The CCCA ensure that more New Yorkers will be empowered to make informed decisions regarding their reproductive health without having to worry about the cost or whether they will have access to a full range of contraceptive options. I am proud to have sponsored this legislation in the Senate and to advocate for securing women’s rights through the RHA and CCCA.

The Boss Bill, sponsored by Senator Jen Metzger, ensures that employees and their dependents can make their own reproductive health care decisions without facing employment consequences. The Assembly has passed this bill every year since 2014 but then it got shot down in the Republican controlled senate. Metzger said “I am proud to sponsor the Boss Bill and to co-sponsor [RHA and CCCA], which together provide essential protections for women’s health and guarantee their fundamental right to make reproductive choices that are best for them and their families…Governments and employers should not dictate an individual’s options or punish their healthcare decisions.

With the threat, and probability, of Roe being overturned by the supreme court, it is important that states have protections in place to preserve and expand reproductive rights. We are only a few days into the new state senate and so far the new majority is looking good!

What To Expect When You're Expecting An Abortion