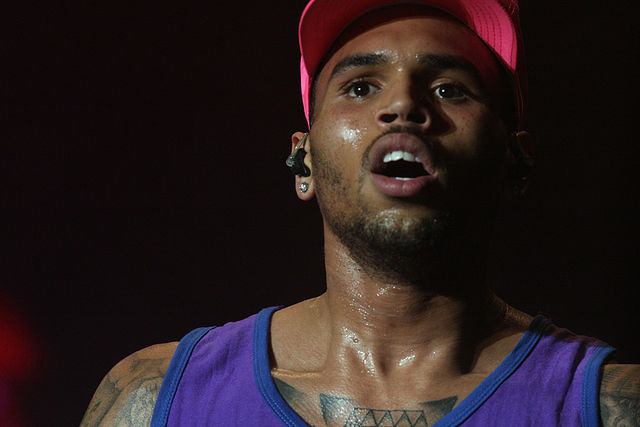 According to The Associated Press, French police have detained Chris Brown and two other people in his entourage on aggravated rape and drug infraction charges. TMZ reported that a 24-year-old woman made claims that Brown, with the help of two others, assaulted her on the night of January 15th in a suite at the Mandarin Oriental Hotel in Paris. Investigators have two days to decide whether they will free him or file preliminary charges.

Variety reported on January 7 that RCA Records signed a new record deal with Chris Brown at the start of 2019. The New York Times reported last week that RCA Records had officially dropped R. Kelly after the documentary “Surviving R. Kelly” sparked outrage. Like Kelly, Brown has a long criminal history and in light of his most recent arrest in Paris, Variety covered a timeline of Brown’s violent history. In 2009, Brown pleaded guilty to assaulting ex-girlfriend Rihanna. He was sentenced to 5 years’ probation and 1,400 hours of community service and counseling. A few years later, Brown had entourage brawls with Drake and Frank Ocean in 2012 and 2013, respectively. Brown threw a chair at a window after a "Good Morning America" interview in 2012 after Robin Roberts asked about his violent past. In 2013, Brown was ejected from a rehab facility for violent behavior and was later sentenced to 3 months at an anger management facility.

In 2016, a woman called the police saying Brown threatened her with a deadly weapon and later that year Brown’s former manager, Michael Guirguis, sued him on charges of assault and battery. In 2017, Brown’s ex-girlfriend Karrueche Tran received a permanent restraining order against the singer after he punched her, pushed her down stairs, and sent her threatening texts. Also in 2017, Brown was accused of punching a photographer. Early January 2018, Brown posted a video on Instagram of his daughter, Royalty, holding a monkey named Fiji. Soon after, California Fish and Wildlife agents seized the capuchin monkey and Brown was charged with a misdemeanor for not having a permit for Fiji. Brown is scheduled for an arraignment in California concerning the monkey-related charges on February 6, 2019.

The case in Paris is still unfolding, but it is clear that it’s time for Chris Brown to take responsibility for his actions and for him to face the legal repercussions for his crimes.

R. Kelly’s Victim Jerhonda Pace Asks The Me Too Movement, “What About Us?”

Tags: Chris Brown , assault arrest , Paris , 2019 , rape charges
Support Feminist Media!
During these troubling political times, independent feminist media is more vital than ever. If our bold, uncensored reporting on women’s issues is important to you, please consider making a donation of $5, $25, $50, or whatever you can afford, to protect and sustain BUST.com.
Thanks so much—we can’t spell BUST without U.