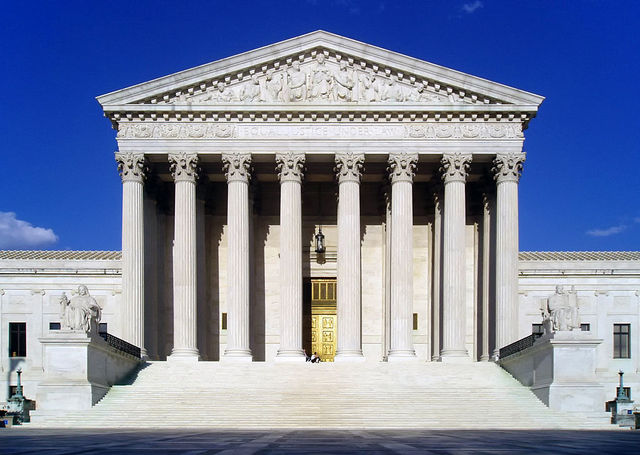 This morning, the Supreme Court announced that they will allow the Trump administration’s transgender military ban to go into effect. The decision was 5-4 and was decided on ideological lines, reports CNN. The Court’s liberal justices, Ruth Bader Ginsburg, Sonia Sotomayor, Elena Kagan, and Stephen Breyer, dissented. Brett Kavanaugh was one of the five justices in favor of the ban. The Justice Department asked for the Court to allow the ban while pending appeals from the lower courts in December, and the Court has now acquiesced. It is important to remember that this is likely not the last we will hear of this case from the Court. They have not decided on its legality once and for all, but rather, are allowing it to go forward while the lower courts deal with it. The United States Court of Appeals for the Ninth Circuit is expected to reach a decision soon on an injunction that blocked this ruling from taking place.

There is absolutely no rational or moral reason for such a ban to exist. Trump announced the ban on Twitter in July 2017, and, by many accounts, went around his generals and formal policy protocol to do so. This was an almost immediate turnaround of an Obama administration policy from 2016 that allowed transgender individuals to openly serve in the military. The Trump policy specifically bans, with limited exceptions, those who are undergoing “gender dysphoria.” They claim that transgender individuals who don’t have gender dysphoria can serve, as long as they present as the gender assigned to them at birth.

As always, we treat all transgender persons with respect and dignity? Not sure what kind of Upside Down world the Pentagon is living in, but this inhumane treatment and revisionist history needs to stop. ASAP.