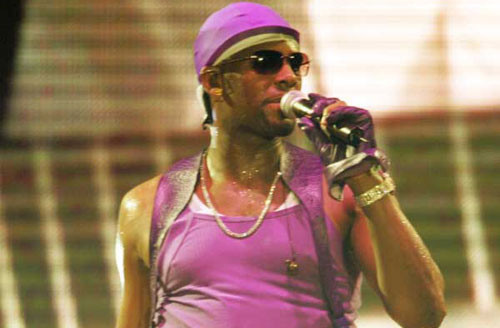 As of Friday, RCA Records and its parent company, Sony Music, have removed R. Kelly from their website’s roster of signed musicians. This signals the label has parted ways with the musician without making any external announcements about it (thus far).

For many, this has been a long time coming. Kelly has been the focus of much controversy for over 20 years. In 1995, Kelly (age 27) married the late musician Aaliyah, who was only 15 at the time. In 2000, he was charged with child pornography when a video surfaced of him having sex with a 14-year-old girl. The charges were cleared, and though more accusations of sexual abuse have come up in hordes, Kelly never seemed to face any consequences. Many have petitioned for RCA to drop Kelly for years, but the issue has gained the traction it needed only now that the Lifetime documentary Surviving R. Kelly has aired and brought renewed attention to the #MuteRKelly movement.

Kelly’s back catalogue of music will remain with RCA. A source told Variety that RCA and Sony sorted through the issues surrounding R. Kelly “responsibly,” thereby avoiding any legal action, though Kelly’s current advisor, Don Russell, told Rolling Stone that he and Kelly “understand RCA’s position” and “they’re not in the position of dealing with the kind of stuff that has come about with R. Kelly.”

Last May, Buzzfeed News reported that Spotify removed Kelly's music from all of their company-owned playlists and algorithmic recommendations. A day later, Buzzfeed News reported Apple Music and Pandora had followed suit. Only a few weeks later, though, Spotify reversed their decision, citing vague language in the original policy, as reported by CNN. Still, a number of musicians have spoken publicly about their regrets of working with Kelly, such as Lady Gaga, Jada Pinkett Smith, Chance the Rapper, and John Legend, among others. Time's Up has announced their support for the #MuteRKelly movement and has called upon Ticketmaster to stop selling tickets to future R. Kelly concerts and for Greensboro, North Carolina to cancel their planned R. Kelly concert this coming May.

Today we join the call to #MuteRKelly #TIMESUP Read the full open letter at www.theroot.com (Link in Bio) and please visit www.MuteRKelly.org

At 16, Cyntoia Brown Was Sentenced To Life In Prison For Killing The Man Who Bought Her For Sex. 15 Years Later, She'll Finally Be Set Free