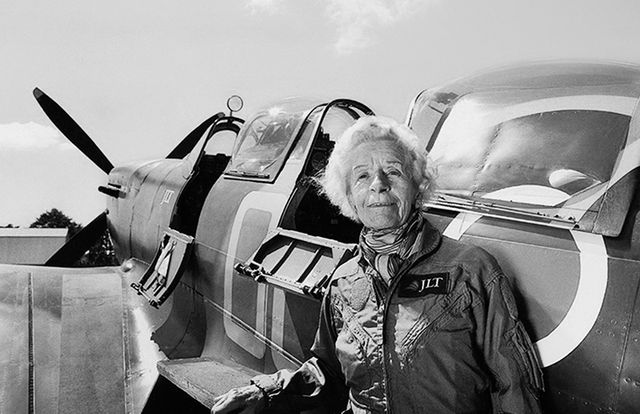 Mary Ellis lived an extraordinary life. She was an active flyer and British ferry pilot during the second World War. Later, she flew jet engines for the Royal Air Force, a claim only a handful of women would ever proudly hold.

Mary would put her life on the line to do what she loved. Completely fearless, she knocked down whatever barriers faced her. Refusing to let anything, be that sexism or enemy fire, stop her from getting in her plane cockpit:

“I am passionate for anything fast and furious. I always have been since the age of three and I always knew I would fly.” 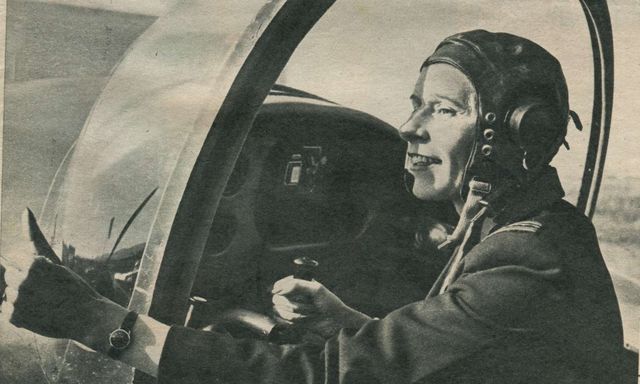 Pilot Mary Ellis in her cockpit

Born Mary Wilkins to a farming family in rural Oxfordshire in February 1917, Mary’s passion for aviation was clear from the get-go. Growing up close to Royal Air Force bases in Bicester and Port Meadow, she never missed a flying demonstration, and her father, keen to fuel her dream, took her to as many shows as he could.

When Mary was 11 years old, a flying circus came to town, and her father paid for her to have a ride on a biplane. (A thing you could totally let children do then… Oh, and if you were wondering, the plane was a de Havilland DH.60 Moth.)

Like that, she was hooked. Mary was determined to become a pilot and spend the rest of her life in these magnificent flying machines.

So, when she was 16, she started flying lessons. Pretty quickly, she had her very own pilot's license.

In 1941, a call went out from the UK's Air Transport Auxiliary (ATA) for pilots to help transport planes across the Channel to the WWII front line. Naturally, Mary wanted to help the war effort in any way she could, so she signed up—along with 167 other brave female pilots who flew aircraft from Britain over to the front line flying squadrons, and transported planes from factories to airfields over the UK, too.

During the war, Mary flew an estimated 1,000 planes made up of 76 different types of aircraft, including 400 Spitfires, which were Mary’s favorite. She said of them:

“I love it, it’s everybody’s favorite; I think it’s a symbol of freedom.”

But no matter her flying prowess, Mary didn’t always get the respect from others around her—sexism was a daily part of her life.

Once, when she flew a Wellington bomber to an airbase, the crew there refused to believe she’d been the one who flew the plane. They even searched the cockpit for the "real" pilot. Mary remembered:

“Girls flying aeroplanes was almost a sin at that time.”

And it wasn’t just the troops. The press were very against the idea of women pilots, seeing it as unbecoming and "unfitting of their sex."

Mary’s mother also had her reservations about her daughter flying these monster machines. BUT, Mary refused to let anyone’s opinions stop her.

She loved being in the air. She loved to serve her country. And nothing could stop her from doing what she loved.

The job Mary, and the dozens of other women just like her, was doing was a dangerous one. Often the women had to fly a plane new to them, with no chance for test flights. They just had to rely on pilots' notes to get the landings right.

And if they were taking a plane to the front line, the risk of getting shot down was high. In all, 15 female pilots were killed while working for the ATA during WWII.

After the war, Mary continued working with the Royal Air Force, becoming one of the first female pilots to fly a Gloster Meteor Jet Engine, which had speeds of up to 616 miles per hour (991km/h)! They were absolute BEASTS!

In 1950 Mary moved to the Isle of Wight so she could take over running Sandown airport, and she became the first woman air commandant in charge of an airport in Great Britain.

While working there, she met her future husband Don Ellis, a fellow pilot. They married in 1961 and lived in a house next to the Sandown runway. Now, Mary never needed to be away from her planes.

She managed Sandown for 20 years and founded the Isle of Wight Aero Club during that time too. 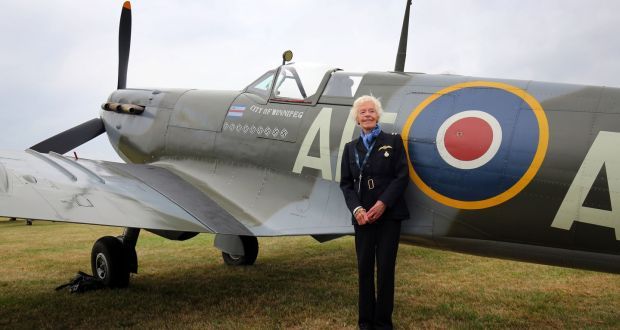 Mary with one of her beloved Spitfires

When Mary turned 100 (!) she was recognised for her contribution to aviation by the Royal Air Force base at Brize Norton with a plaque celebrating her achievements.

Mary Ellis passed away this year on July 24th at the amazing age of 101. She is remembered by her family as being an amazing, warm, and driven woman. Her story shows that courage and determination can get you so very far.

That was interesting, where can I find out more? Well, there’s a magnificent biography on Mary: A Spitfire Girl: One of the World’s Greatest Female ATA Ferry Pilots Tells Her Story by Mary and Melody Foreman.