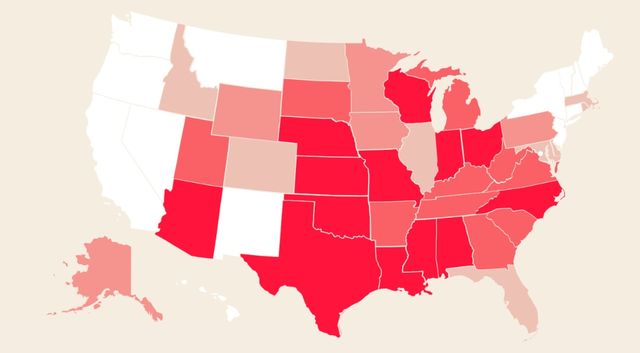 For the 46th anniversary of the landmark Supreme Court case Roe v. Wade, Refinery29 has launched a new, interactive map that categorizes abortion access in each state. The Abortion Map allows users to see what rights are available to them in each state, and how many legal clinics there are. Another great feature of the map is that it shows the number of "crisis pregnancy centers," which NARAL describes as “fake health-care clinics that lie to, shame and intentionally mislead women about their reproductive-health-care options to block them from accessing abortion care.”

With the recent appointment of the pro-life Brett Kavanaugh to the Supreme Court, reproductive rights are more important than ever. The Trump Administration is eager to undermine our constitutionally protected reproductive rights, and it is only a matter of time before the Court decides to hear a major case that could radically affect the landscape of abortion access in this country. A scary fact that the map points out? “If Roe v. Wade were overturned, abortion would automatically become illegal in four states: Louisiana, South Dakota, North Dakota, and Mississippi.”

We’re glad Refinery29 has made such a useful tool to help people navigate the myriad of restrictions and laws that make accessing an abortion a confusing process for far too many. Abortion is a form of healthcare, and it should not be this complicated to receive one.