Arrested For Wearing Pants: The Story Of Emma Snodgrass

Details
BY Dan and Leslie Landrigan
IN Feminism
Published: 10 January 2019 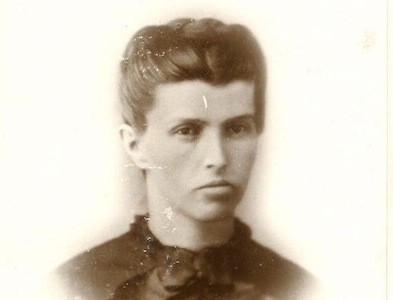 Emma Snodgrass created a sensation in 1852 by showing up in Boston wearing pants.

She was mocked, arrested and sent home to her father in New York City, only to return again and again. Each time the police found her out, arrested her, and sent her home. She became national news. She was "the wanderer in man’s apparel," the "foolish girl who goes around in virile toggery," and "an eccentric female who roams about town."

Emma Snodgrass was the pretty, petite, 17-year-old daughter of a New York City police officer. Exactly when she arrived in Boston is unclear, but in the fall of 1852, she was discovered wearing pants and a frock coat. Her audacious pranks "turned the heads of the Boston editors," reported the Daily Dispatch of Richmond, Virginia.

What the Boston editors didn’t know was that Snodgrass had a tobacco-chewing, cigar-smoking friend named Charley, who was really another teenaged cross dresser, Harriet French. Eventually, French was discovered, too.

Emma Snodgrass made good copy. In the space of two and a half weeks, the  Boston Herald ran five news items about the young woman wearing pants, according to Carol Mattingly in Appropriating Dress. On November 15, the Herald reported Emma Snodgrass had been "visiting places of amusement around Boston." “Snodgrass used to circulate in all the drinking houses, made several violent attempts to talk 'horse,' and do other things for which 'fast' boys are noted,” reported the Daily Alta California in an item called "Letter From Boston."

Her exact movements are unclear, as newspapers focused more on the sensational nature of her exploits and less on getting the facts straight. We don’t know, for example, if her father was a police captain or assistant police captain in New York City.

We do know from the New York Daily Times on November 30, 1852, that Emma Snodgrass was caught "donning the breeches." She’d called herself George Green and gotten a job as a clerk at the clothing establishment of John Simmons & Co. The police took her to the station and sent her back to her father, "a respectable city official in New York."

She soon returned to Boston and was spotted in women’s clothes at the Washington Coffee House, where she had taken lodgings. According to one report, Snodgrass left the Coffee House in women’s clothes, but returned wearing "a neat frock coat, cloth cap, and black broadcloth pants." A bartender recognized her and told the police, who took her into custody. A police officer took her home with him and saw to it that she was returned to her father. “What her motive may be for thus obstinately rejecting the habiliments of her own sex, is not known," reported the New York Daily Times.

By now, everyone was talking about Emma Snodgrass. She “disturbed the equanimity of the sleepy magistracy in the eastern cities,” reported the Fort Wayne Times and People's Press. 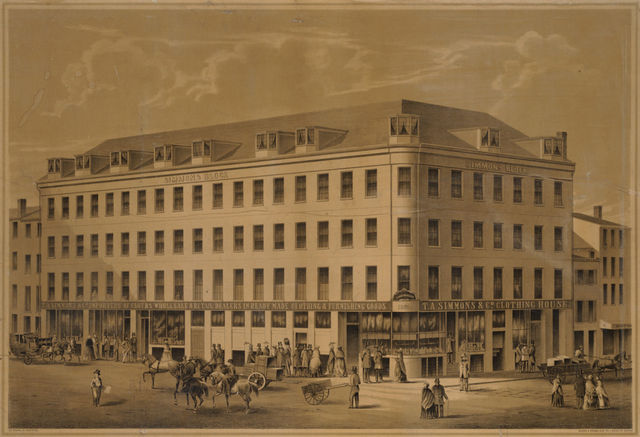 Emma Snodgrass boomeranged back to Boston in December, and was again discovered wearing pants. On December 18, the Boston Herald reported on her attraction to romantic young men. On December 22, she reportedly made a "profound sensation" on a trip to Portsmouth, N.H. On December 29, she was arrested again. This time, she was accompanied by another woman, also wearing pants.

When Emma Snodgrass appeared in court, it was with great difficulty that the friends could be separated, reported the Daily Alta California. “Snodgrass was finally sent to New York in charge of an officer, and her friend was packed off to the House of Industry for two months,” the newspaper wrote.

Harriet French was actually given a day to get out of Boston. The Tribune editorialized that authorities punished French because she didn’t have money, while Snodgrass got away scot-free. Such "is the difference between breeches without money, and breeches with," noted the editors.

Three years later, the reading public in New York City learned more about what had gone on in Boston. On March 14, 1856, the  New York Daily Times published an item about "an unfeminine freak" who was arrested and charged as a vagrant in New York City. "Charley" was sentenced to two months imprisonment on Blackwell’s Island.

A reporter interviewed "Charley," the 19-year-old woman from New Orleans named Harriet French. She claimed to have been in Boston with Emma Snodgrass three-and-a-half years earlier.

We have to take Harriet French’s story with a big grain of salt. The reporter did. “Charley is a wag,” he wrote. But her comments may explain why she decided to dress as a man.

First, a description: She was 19, 5-foot-3-inches tall, with neatly combed short black hair. Her coat and pants were new, neat, and well-fitting. Her tie was fashionable, and "usually worn ajaunt, as becomes a gay young man about town."

She learned to chew tobacco on the Mississippi River, where she worked for two years on a steamboat. "Charley" then came to New York City and worked as a bartender.

Why, asked the reporter, would you dress as a boy? She could get along better as a boy, she said. “Can get more wages.”

She told the reporter she planned to go out west to visit her sister in California—where Emma Snodgrass had been headed, wearing pants, three years earlier.

On January 6, 1853, the Daily Dispatch of Richmond, Virginia, reported Emma Snodgrass had been sent home.

For the next few months, Snodgrass arrests and appearances across the country were reported as frequently as Elvis sightings.

In March 1823, she was brought before a magistrate in Albany, New York, wearing pants and calling herself Henry Lewis, the Albany Journal reported. She said she was going to California or Australia.

A month later, she was spotted in Louisville, Kentucky. “Emma Snodgrass, the girl in pantaloons … was last seen at Louisville, on her way to California,” reported the Fort Wayne Times and People's Press. “She wears a frock coat, glazed cap, striped pantaloons, &c., and has the appearance of quite a good looking young man. She is a practical Woman's Rights girl."

On May 28, 1853, the Washington, D.C. Daily Evening Star reported, “Emma Snodgrass, the young lady in pants, appeared in Buffalo, on Sunday last, habited in a very becoming and genteel attire. She is about four feet ten inches in height.”

Less than two weeks later, she was arrested in Cleveland—presumably for wearing pants—according to the Democratic Banner of Davenport, Iowa, on June 10, 1853.

On July 13, 1853, the Grant County Herald of Lancaster, Wisconsin, reported, "Emma Snodgrass has repented, gone home, taken off her breeches, and sworn eternal attachment to petticoats and propriety. This is to her credit."

We lost sight of Emma Snodgrass after that news item. So perhaps she did repent.

Perhaps she made it to Australia.

Or perhaps she just came up with a more convincing disguise.

This post originally appeared in the New England Historical Society and is reprinted here with permission.

Gladys Bentley Was The Gender Nonconforming, Lesbian Superstar Of The Harlem Renaissance

Dan and Leslie Landrigan are the founders of the New England Historical Society website and authors of the book Bar Harbor Babylon, Murder, Misfortune and Scandal on Mt. Desert Island, to be released in May 2019.