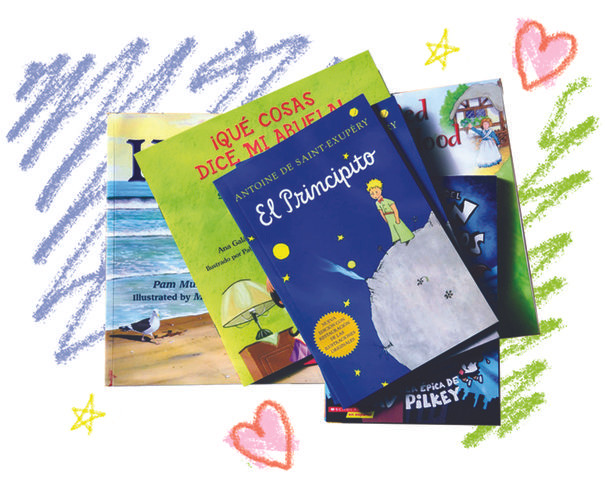 When the Trump administration instituted its cruel “zero tolerance” immigration policy in April, over 2,500 migrant children were separated from their parents at the U.S./Mexico border and placed in detention centers. Despite a June 26 court mandate to reunify these families, over 200 kids still have not been returned, and many more are now in detention with their families. That’s why writers Elizabeth Ballou, 25, and Kristin Stadum, 43, launched the D.C.-based book donation organization 2000 Libros this past July, with the aim of sending 2,000 Spanish-language and bilingual books to children in detention.

When Ballou first had the idea of sending books to detained kids, she was unable to find an organization with the same goal. So she emailed D.C. Books to Prisons—a group that provides free books to prisoners—which is how she met Stadum, a board member for the nonprofit. Stadum says she was “extremely lucky to have been the volunteer checking email that day,” because when she read Ballou’s proposal, she saw it as a natural extension of her work. “I send books to prisoners. I read books to kids,” she says, “and I know the difference books can make in people’s lives.”

To date, 2000 Libros has met their stated goal of donating 2,000 books and are still sending more (2,024 books, 1,093 magazines, and counting), all shipped from Stadum’s living room. Ballou is currently taking a break to focus on graduate school, but Stadum and her fiancé continue to manage 2000 Libros with help from a Latino fraternity. They accept both books and financial donations through the D.C. Books to Prisons website (dcbookstoprisoners.org), where wish lists have been created with immigrant children’s linguistic and educational needs in mind. While she’s unsure of how 2000 Libros will develop, Stadum maintains, “We have not quite finished building this plane, but it is flying just fine.”