Everything You Need to Know About The Women's March 2019 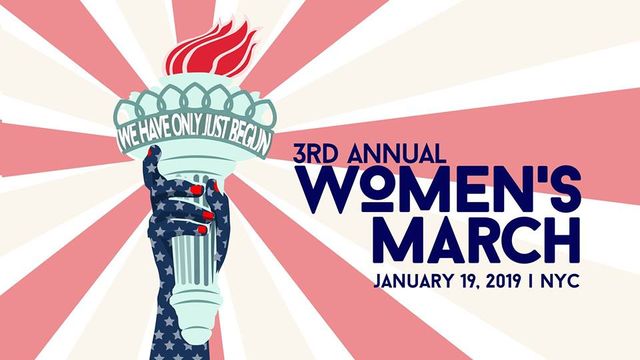 On January 19, 2019, Women's Marches will be held around the country, in which people will voice their support for women's rights and their opposition to the Trump administration. According to The New York Times, organizers all over the United States are hoping to use the momentum generated from the opposition against Judge Kavanaugh and the successes from the 2018 midterm election to make the upcoming march the most successful Women's March yet. They're also hoping that this march will make a statement ahead of the 2020 presidential race.

The national 2019 Women's March demonstration will occur in Washington, D.C. The national Women's March says that the purpose of the march is to "affirm our shared humanity and pronounce our bold message of resistance and self-determination," acknowledging that "women have intersecting identities and are therefore impacted by a multitude of social justice and human rights issues." Read the full list of values and principals here.

The national Women’s March 2019 website also started the hastag #WomensWave to draw attention to the event. 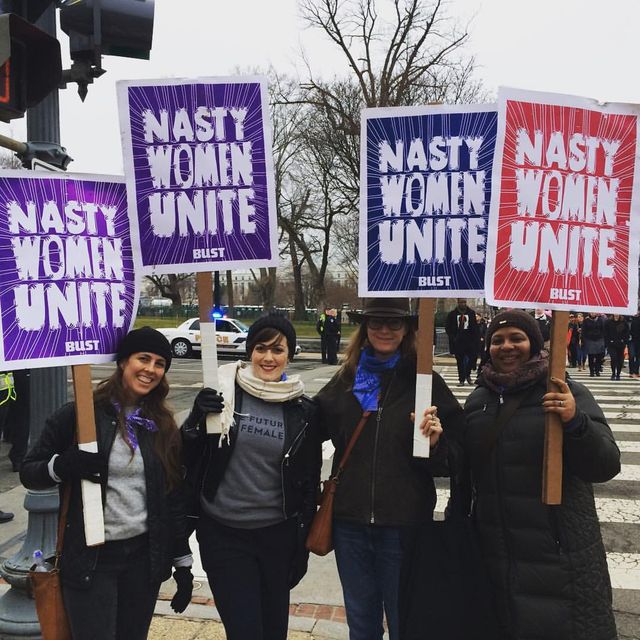 The Women’s March Alliance, which is unaffiliated with the national Women's March, is running a New York's women's march. Their statement on inclusivity reads, "We educate our community to demand change for gender equality, affordable health care and defend reproductive rights. Women’s March Alliance is a fully inclusive and independent non-profit committed to advancing the fundamental civil rights of women regardless of faith, disability, sexual identity and preference, race, cultural or religious background, or political affiliation. Women’s March Alliance is not and never has been affiliated with Women’s March, Inc. or its founders and is run by grassroots volunteers. We welcome any and all people who want to raise women’s voices to attend our march. We do not support any organization or person that is anti-Semitic, anti-gay, anti-woman, or does not support equal rights for every human." 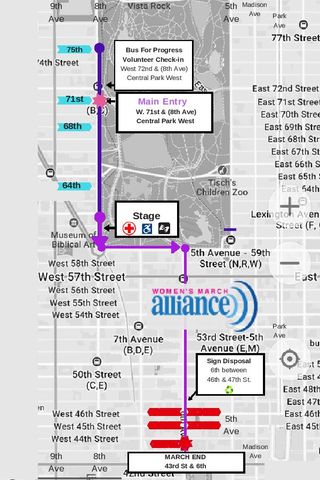 BUST is located in New York, and we'll be joining the march organized by the Women's March Alliance. We're planning on meeting at 11am at 71st and Columbus Avenue if you want to march with us. Of course the crowds will be large, so please follow us on Instagram and Twitter at @bust_magazine for updates on our location.

Additionally, Rise and Resist NYC has organized a Non-March for Disabled Women at Grand Central Station on January 19th at 12 p.m. The Non-March for Disabled Women is sponsored and designed by disabled women and will highlight disability issues. It is unaffiliated with either the Women's March or the Women's March Alliance. More information can be found on their Facebook event page, which reads, "We have reached out to the Women's March Alliance repeatedly for them to be inclusive of the disability justice movement. These requests included putting a representative of the disability justice community of their board, working with the police to fight against discrimination of disabled people at the march, and to have an accessibility team working on their march. The event will occur the same day as the NYC Women's March. It will be sponsored and designed by disabled women and will highlight disability issues that are excluded by the women's alliance. It will occur indoors and will not involve marching. You will not be turned away. Join us!"

However you choose to support, we are excited to march to action on January 19th. The #WomensWave is coming!

Tags: Women's March , 2019 , information
Support Feminist Media! During these troubling political times, independent feminist media is more vital than ever. If our bold, uncensored reporting on women’s issues is important to you, please consider making a donation of $5, $25, $50, or whatever you can afford, to protect and sustain BUST.com. Thanks so much—we can’t spell BUST without U.

One-Handed Read: In the Living Room, a Longtime Couple Meets for a Midnight Treat

COVID-19 Has Made Access To Reproductive Healthcare Evasive, As If Getting An Abortion Wasn't Already Hard Enough in America