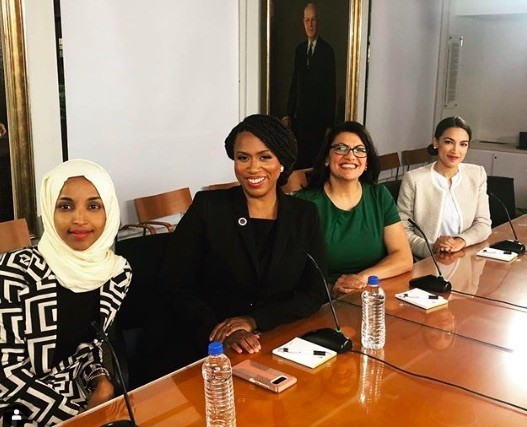 The 116th Congress is sworn in today, and according to Pew Research Center, women make up almost a quarter of its membership, the highest in United States history. 102 members in the House of Representatives are women, and one-third of those women won their seats for the first time in the 2018 midterms. 25 women will be serving in the Senate, and five of those women are new Senators. The Pew Research Center also reported that the number of women in the 116th Congress is the biggest jump in female members since 1992, which earned 1992 the title of “The Year of the Woman.”

In 1916, Jeannette Rankin was the first woman in Congress. A little over 100 years later, the progress has been slow, but there has been a steady increase of women serving in Congress in the last 30 years. 63% of women ever elected to the House were elected between 1992 and present day. Similarly, in the Senate, 29 of the 56 women who have ever served as Senators took office in 2000 or later. Before the 1990s, according to Pew Research Center, the most common way for a woman to receive a seat in Congress was through a “widow succession,” when she succeeded a deceased husband or father.

NPR reports that the new Congress has one female member to every four male members, and only one in ten of the women members are Republicans. 108 Democratic women are serving in the new Congress, compared to the 23 Republican women. Clearly, the number of women in Congress is growing, especially among Democrats, but there is still more work to do. For one, there is often a lack of money and funding for women candidates, according to Debbie Walsh, the director of Rutgers University’s Center for American Women and Politics. Walsh told NPR, “Women just are usually running for office from less moneyed professions, less moneyed networks.”

Despite the work to be done, there have clearly been major changes when it comes to more representation in Congress. Alexandria Ocasio-Cortez, the youngest woman ever elected to Congress, posted an empowering photo from a Vanity Fair photoshoot, of herself and some of her fellow progressive women representatives on Twitter.

A little more about the women in Vanity Fair’s photo: Ayanna Pressley, who stands next to Ocasio-Cortez, is Massachusetts’ first Black Congresswoman. Ilhan Omar is next to Pressley, and she the first hijab-wearing member of the House and the first Muslim woman to serve in the House, alongside Rashida Tlaib. Deb Haaland, wearing the teal dress, and Sharice Davids, wearing the red jacket, are the first indigenous women to serve, and Davids is also the first out lesbian Congresswoman. Veronica Escobar, who sits between Haaland and Davids, is one of two first Latina women that Texas has ever elected to a federal office.

If you’d like to learn more or increase your daily dose of inspiration, check out: These Progressive Women Broke Barriers In The 2018 Midterm Elections.