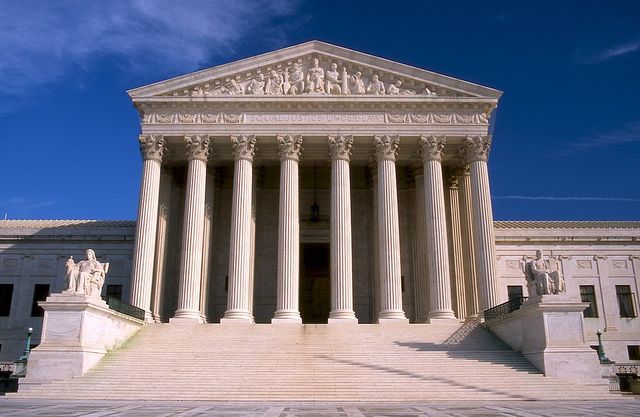 Most people are familiar with the partial government shutdown that occurred over the holidays because of disagreements over border wall funding, but few are aware of the expiration of the Violence Against Women Act (VAWA) that followed because of the shutdown.

The VAWA passed in 1994 in the aftermath of Anita Hill’s landmark 1991 case against Clarence Thomas, according to the Washington Post. The act helps victims of sexual assault, domestic abuse, and stalking by providing funding for programs including rape crisis centers, shelters, and legal assistance, reports Roll Call. Prior to the shutdown, Congress passed budget agreements covering the cost of VAWA programs until February 8, reports the Huffington Post—so funds and grants already awarded under the act will not be affected, but future funding requests will be delayed until the act is reauthorized.

According to NPR, the act was set to expire on September 30th of this year, but was extended until December 7th, and then extended further until December 21st. Unfortunately, the government shutdown that impacted government agencies and federal employees also caused the bill to expire for the second time in 25 years.

In September, before the act was initially set to expire, a group of 46 Republican Congress members and Nancy Pelosi wrote separate letters to Speaker of the House, Paul Ryan, emphasizing the importance of the VAWA. The Republican Congress members’ letter urged Ryan to reauthorize the VAWA without delay, saying, “This is not a partisan issue…We must act now to maintain and strengthen this critical law.”

Pelosi’s letter criticized Republicans for not taking the reauthorization of the VAWA seriously and only looking for short-term extensions and solutions. Pelosi also referenced Democratic Representative Sheila Jackson Lee’s Violence Against Women Reauthorization Act of 2018, which would protect and build the VAWA, while also prohibiting the sale of firearms to violent individuals or individuals who have been convicted of stalking. Pelosi points out the fact that under Ryan’s leadership, Lee’s critical bill was not brought to the Congress floor for a vote, saying this is a misstep that impacts many Americans.

According to Roll Call, the last time the VAWA expired was in 2011, and it took until 2013 for it to be reauthorized. For the sake of the many people who are impacted by domestic abuse and sexual violence, we must bring the 2018 VAWA expiration to the forefront. We must refuse to let the VAWA fall to the wayside until 2020 or later.

Tags: government shutdown , Violence Against Women Act , expiration
Support Feminist Media!
During these troubling political times, independent feminist media is more vital than ever. If our bold, uncensored reporting on women’s issues is important to you, please consider making a donation of $5, $25, $50, or whatever you can afford, to protect and sustain BUST.com.
Thanks so much—we can’t spell BUST without U.