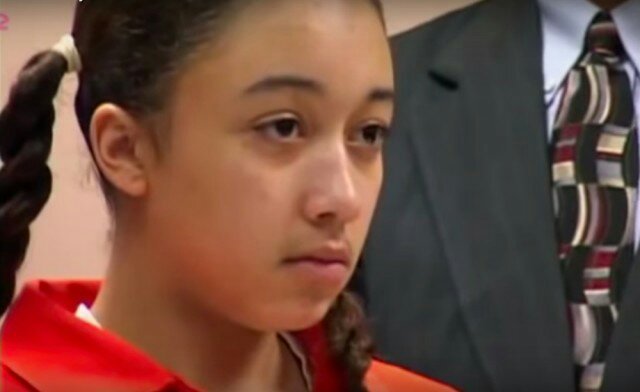 The United States justice system is broken. We live in a world where white male college athletes found guilty of sexual assault get three months in prison, while a black teenage girl who killed her abuser in self-defense is sentenced to life in prison.

According to an official 2014 Court of Criminal Appeals document (Cyntoia Denise Brown v. State of Tennessee), 18-year-old Cyntoia Brown was convicted of first-degree murder and robbery in 2006. Two years earlier, in 2004, Nashville police found the body of 43-year-old Johnny Allen lying facedown and nude in his bed. Allen had been shot in the back of the head, and then-16-year-old Cyntoia Brown was arrested in connection with his death. At the time of her arrest, Brown was found in a hotel close to Allen’s home with his wallet and guns in her possession. “Cut Throat,” Brown’s abuser, who had sex trafficked her, was also in the hotel room.

Brown was not allowed to testify during her first trial, but later at an appeal hearing in 2012, she testified about how Cut Throat had trafficked and manipulated her, reported the Associated Press. “He would explain to me that some people were born whores, and that I was one, and I was a slut, and nobody’d want me but him, and the best thing I could do was just learn to be a good whore," she testified. Brown said that while she was with Allen, she feared for her life, and that she killed him in self-defense. She made it clear that she robbed Allen because, as a teenage sex trafficking victim, she was afraid to return to Cut Throat empty handed.

Brown was sentenced to life in prison in 2006, with the possibility of parole after serving at least 51 years, reports the Tennesseean. Since then, Brown’s story has gone in and out of the spotlight. Filmmaker Dan Birman created the 2011 documentary, Me Facing Life: Cyntoia’s Story, which revealed Brown’s traumatic childhood and severe neurodevelopmental disorder due to fetal alcohol syndrome. The film also highlighted how flawed Brown’s first trial was and how the juvenile justice system is in need of reform. In 2012 thanks, in part, to Birman’s documentary the U.S. Supreme Court ruled that life sentences for juveniles violated the Eighth Amendment and in Tennessee a law was changed so that children under 18 could no longer be tried for prostitution. These legal changes meant that if Brown had been tried six years later, she would have been treated as a child sex trafficking victim and she would not have been given life in prison.

Rihanna brought attention to Brown’s case in 2017 when she shared the story on social media with the hashtag #FreeCyntoiaBrown. Since Rhianna's original post, other celebrities including Kim Kardashian West, Cara Delevingne, and LeBron James have brought attention to the case. Despite the public outrage surrounding the case, according to the Tennessean, in early December 2018 the Tennessean Supreme Court ruled that Brown's sentence was not unconstitutional because she was technically sentenced to 51 years, which is less than the 60 years that legally qualifies as a life sentence.

Cyntoia Brown is a sex trafficking victim who was wrongfully imprisoned in 2006. She is now thirty years old, she has received her associate’s degree while in prison, and she mentors her fellow inmates. Tennessee Governor Bill Haslam is currently reviewing Brown’s most recent clemency petition and he is expected to make a decision before he leaves the governor’s office in January. No matter what Haslam’s decision is, we, as a society, must continue to tell Cyntoia Brown’s story until our prison system is reformed and she is granted the justice she deserves.

16 Days NYC Is Shifting The Narrative Around Gender-Based Violence

Tags: Cyntoia Brown , clemency , freedom , prison reform
Support Feminist Media!
During these troubling political times, independent feminist media is more vital than ever. If our bold, uncensored reporting on women’s issues is important to you, please consider making a donation of $5, $25, $50, or whatever you can afford, to protect and sustain BUST.com.
Thanks so much—we can’t spell BUST without U.