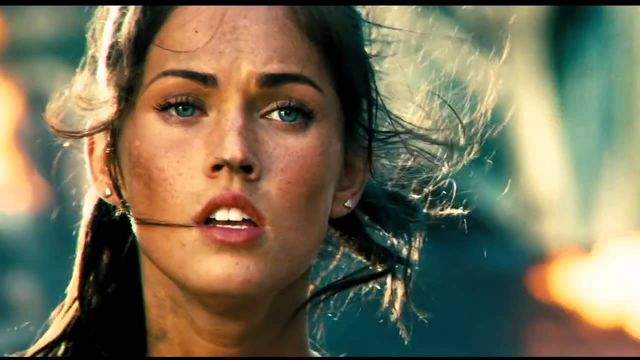 Last year, Hollywood saw many women come forward about sexual harassment and unfair treatment on and off set. But don’t expect Megan Fox to speak up again now: the actress has been trying to share her own #MeToo stories for almost a decade.

“I don’t want to say this about myself, but let’s say that I was ahead of my time and so people weren’t able to understand,” Fox told The New York Times in an interview published Friday. “Instead, I was rejected because of qualities that are now being praised in other women coming forward. And because of my experience, I feel it’s likely that I will always be just out of the collective understanding. I don’t know if there will ever be a time where I’m considered normal or relatable or likable.”

For those who don’t know, back in 2009, Fox—then 23 years old—told Wonderland Magazine about Transformers director Michael Bay’s horrific treatment towards her, which included directions that didn't elaborate beyond “be hot…just be sexy,” and general objectification dating back to their first collaboration, when Fox had a small extra role in Bay’s Bad Boys II at age 15. In response to her comments, Bay wrote an open letter signed from the Transformers crew, calling Fox “a thankless, classless, graceless, and shall we say unfriendly bitch,” The Daily Beast reported. Fox was then fired from the franchise.

Since then, Fox has had some roles here and there—most notably, she starred in the 2009 cult classic Jennifer’s Body, and ultimately worked with Bay again on Teenage Mutant Ninja Turtles in 2014. But many have argued that her career has been permanently marred by both Bay’s comments and his over-the-top sexualization of her Transformers character. (Princess Weekes—also a BUST contributor—wrote a particularly excellent analysis last year for The Mary Sue.) Even Bay’s ultimate apology was determined to promote a certain narrative: “That’s just Megan. Megan loves to get a response. And she does it in kind of the wrong way,” Bay told GQ in 2011. “I’m sorry, Megan. I’m sorry I made you work twelve hours. I’m sorry that I’m making you show up on time. Movies are not always warm and fuzzy.”

Now, to the Times, Fox said, “Even with the #MeToo movement, and everyone coming out with stories—and one could assume that I probably have quite a few stories, and I do—I didn’t speak out for many reasons. I just didn’t think based on how I’d been received by people, and by feminists, that I would be a sympathetic victim.”

This is an observation, actually, that Fox has made before. In a 2009 interview with the New York Times, while promoting Jennifer's Body, she noted that her team had been worried about her "public image," which she feared made her seem unlikable to women—and come off as nothing more than a sex object to men. "All women in Hollywood are known as sex symbols," she said. "You're sold, and it's based on sex."

Fox’s words are heartbreaking, and point to one of the few snags in the #MeToo surge: the exclusion of the many women who have been speaking out about harassment, misogyny, and sexual assault long before the trending hashtags and Harvey Weinstein takedown. Another actress who comes to mind is Bring It On star Gabrielle Union, who has speaking and writing about her rape and PTSD for pretty much the entirety of her career. "For 20 years now, I've been trying to tell my story as honestly as possible," she said last year on Good Morning America, right when #MeToo first started trending on Twitter. Several months later, she was one of the first to publicly critique the whitewashing of the movement, telling the New York Times that "the floodgates have opened for white women."

Dylan Farrow, too, has shared her frustrations about the movement failing her, even though she’d been telling her story for years, calling it a "selective" revolution. “The system worked for Harvey Weinstein for decades,” she wrote in a Los Angeles Times op-ed. “It works for Woody Allen still.” It isn’t shocking that, after trying to talk about her experiences and facing constant dismissal and judgement, Fox has been less than eager to share her stories just because it’s become more commonplace to support women fighting against powerful, terrible men.

And on that note? For some women—since men like Louis C.K. are already planning their professional “comebacks”—it might feel like now is too late to come forward, too.

The year of the silence breakers was an amazing one for women, and for chipping away at the patriarchal walls that have been long standing in Hollywood. But there shouldn’t be a “right” time to come forward, and there shouldn’t be an "unsympathetic victim." For #MeToo to truly empower all women, we need to continue to acknowledge, listen to, and believe the women that we failed years ago.