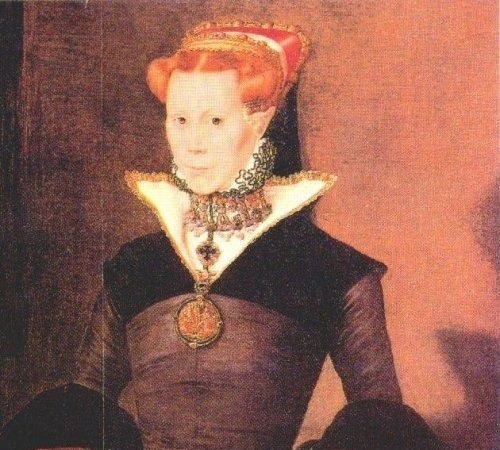 Mary I has been remembered by history as "Bloody Mary": The woman who burned her own people alive, ruthlessly led her country into pointless religious upheaval, and basically turned England into a clusterfuck of sadness and fear. But was Mary really that bad? Let’s find out! 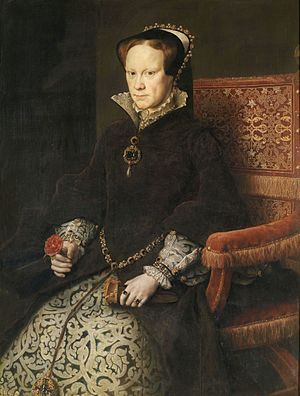 Queen Mary I – One of history’s most evil women?

MARY KICKED OFF HER REIGN WITH THE EXECUTION OF LADY JANE GREY.

Now I’m sure we can all (hopefully) agree that the beheading of an innocent teenage girl isn’t a winning start to your queen career. It is, however, worth pointing out that it's more than arguable that Mary’s hand was forced into this; with continual attempts to make Jane queen and Mary’s hold on the throne being more than shaky, Jane was way too dangerous to keep alive.

Yet Mary really didn’t want the teenager to die. She desperately attempted to spare Jane’s life by trying to diagnose her as pregnant (Jane wasn’t pregnant FYI, and she was pretty pissed at Mary for trying to get her internally examined). In the end, Mary saw no way out. For her to be queen, and also alive, heads had to roll.

Sadly, logic, however bleak, does not prevail when you’re faced with a headless innocent 16-year-old who is immediately turned into a martyr. And so starts the story of the woman labeled one of history’s biggest bitches.

To be fair, you don’t win friends with executions

The firstborn child of Henry VIII, Mary grew up in a happy little bubble. Her dad loved her, her mum (Catherine of Aragon) loved her, she was intelligen,t and her future was looking pretty damn bright. And then the divorce hit. If you have divorced parents, then I’m sure you understand how rough a divorce can be on a child. But just in case, let's break this down.

Imagine that your dad is so desperate to divorce your mum he invents a whole new religion to do it (which, BTW, turns your strict Catholic upbringing on its head). Then dad ships mum off to essentially live in exile. Then new mummy (Anne Boleyn) makes it clear that she would be more than pleased if you and your mum were executed but, as that’s not happening any time soon, you will be stripped of your titles and basically made to serve your new baby sister (Elizabeth). Oh…and then your dad stops speaking to you. Your mum dies (obviously, you’re banned from seeing her on her deathbed), and then to top things off, new mummy is beheaded.

THERE IS NOT ENOUGH THERAPY IN THE WORLD TO WORK THROUGH THAT SHIT!

Somehow Mary turns out okay. She is super religious (Catholic, of course, because fuck Dad’s new homewrecking religion!) and not a ton of fun. But she’s also a determined, smart, and functioning adult. It could have been worse! Mary and her dad start talking again, and by the time he dies, she is once more a princess and eligible to the throne... should her brother die…

And what do you know, he does die!

Once Lady Jane Grey is out the way, Mary ascends the throne at 37 years old. The people are happy. Mary is happy. It’s all good. Well, apart from a few small problems. You see, Mary was determined to return England to Catholicism, and this can’t happen with Mary’s half sister Elizabeth (a Protestant!) next in line to the throne. But as Mary was unmarried with no kids, Elizabeth was almost guaranteed the crown. So Mary set out to get herself a man….and so began her many problems.

PROBLEM NO 1: THE FOREIGN HUSBAND

Mary quickly snagged herself a hot (and crucially Catholic) betrothed, Prince Philip of Spain. Sadly for Mary, the English people hated him. The English did not like Spain. It was foreign, and they did not get along at all. They were certainly not happy with having a new foreign king telling them what to do, and they wanted nothing more than for Philip to pop back on his little boat and kindly fuck off back to Spain.

Worse than this casual xenophobia, the Protestants were uprising. Afraid of what this Catholic power couple would mean for them, a rebellion soon sprung up. Life lesson: if your marriage causes a literal revolt, maybe have a little rethink. Obviously Mary got married anyway. She was determined to get married, get up the duff, and save England from the Protestants and restore Catholicism. Fuck popularity, this was the Lord's work. 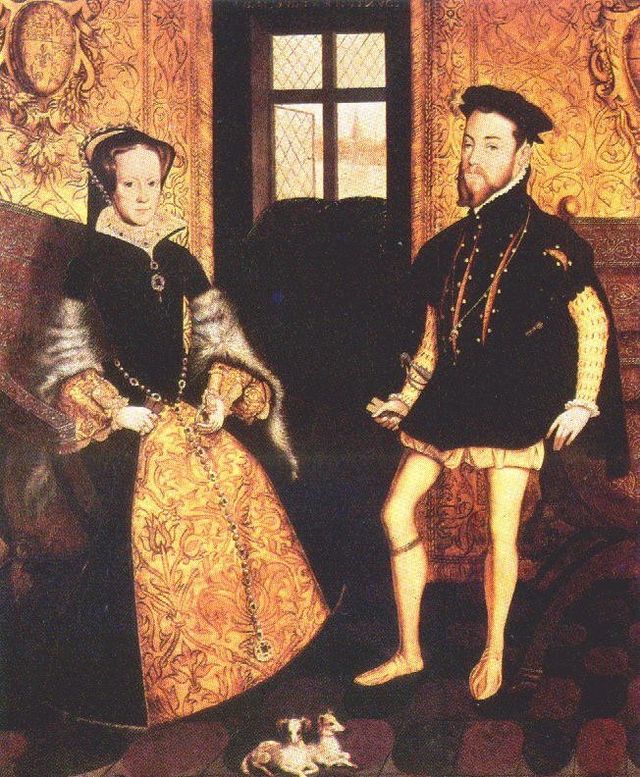 The happy couple, Mary and Philip

So, a few months into her reign, Mary had crossed "get a husband" off her to do list. Now all she needed to do was pop out a baby…easy, right?

In Tudor England, it was a woman’s job to have babies. In fact, it was a woman’s only job: have all of the babies…ideally boys. It seems simple, but Mary knew differently. She had seen countless women fail at this, her mother included, and she knew that without an heir, any work she did would be for nothing. The pressure was very real.

And then it happened. Mary fell pregnant. Her stomach grew, she felt her baby kick, and she even had the joys of morning sickness. But the baby never came. Mary was so desperate for a baby that her mind had created one for her. It’s now believed that Mary was suffering from pseudocyesis, a rare condition where a person experiences the symptoms of pregnancy, believing themselves to be pregnant, when there is actually no child. The condition may be caused by trauma (which for Mary, would make sense), and is treated with ongoing intensive therapy.

But Tudor doctors didn’t know about pseudocyesis, or therapy. Mary was on her own. The fear that Mary must have felt is just incredible. She would have felt like she was both losing her grip on reality and her power. So it’s no surprise then that Mary doubled down on her third problem:

PROBLEM 3: RESTORING THE FAITH
AKA
THE WHOLE BURNING PEOPLE ALIVE…THING

Mary believed that the only way to bring England back to Catholicism was to publically punish Protestants. She invoked old laws to persecute popular Protestants (bishops, arch bishops, preachers, you name it!) During her short reign, just under 300 people were sent to the stake for the crime of not being Catholic. Innocent men, women, and children were all burned alive. No matter what her intentions and reasoning, and no matter how hard Mary believed she was actually "saving" these souls, burning people alive is unforgivable. I

And yet… Mary wasn’t the only one burning people to death. Her dad (Henry Vlll), brother, (Edward Vl), and sister (Elizabeth l) all burned subjects at the stake, and the reasoning for many of these deaths was religion-based. This isn’t to excuse anyone’s actions. It’s to point out that everyone was a dick when it came to this, and that this "punishment" was pretty standard for the era (yeah, turns out Tudor England was a pretty crap place to live.)

On the whole, Mary was actually a lot less execution-happy than the rest of her family, with her dad raking up more executions per year on average than Mary did. In fact, Mary pardoned a lot of people (more than anyone else in her family), believing in reprieves and forgiveness. She was known to offer many last-minute pardons as people were about to be executed.

SO IS SHE HISTORY'S BLOODIEST BITCH?

In history, we have a habit of labeling, especially when it comes to women. In the Tudor era alone, we’ve had callous six-fingered bitch Anne Boleyn, sex kitten whore Katherine Howard, and Virgin Queen Elizabeth. We know that when we dig beneath the labels, we find something so much more interesting–an actual person.

So was Mary evil? No. She wasn’t lovely either. You wouldn’t want to get a drink with her (mainly because I reckon she’d drone on when drunk). Mary was a person. She had a troubled childhood that shaped her, a history of mental illness, and dogged determination that led to so much heartache. She’s an interesting woman, and well worth another look.

This was interesting! Where can I find out more? I’m going to suggest Anne Whitelock’s Mary Tudor: England’s First Queen, it’s a thoughtful read and tries to understand why Mary had her worldview.