It Took Me 23 Years To Get Diagnosed With ADHD. It Takes Many Women Even Longer. 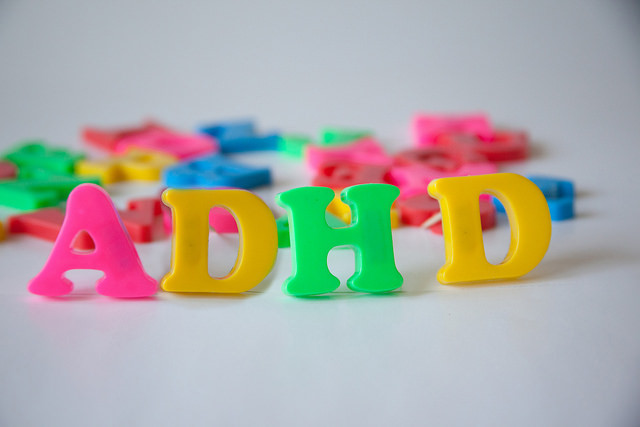 When I was a kid, I was allergic to sitting still. Every day I sat in class, I felt like I had drunk an entire pot of coffee—before I even knew what caffeine was. One teacher's solution was to drape a weighted snake over my legs—a long, patchwork thing like a sock monkey—so I couldn’t stand up. Another teacher gave me a ball to bounce on, which probably would have been an appropriate outlet for my energy if it wasn’t so enjoyable that it made the other kids jealous.

At age three, I took a pair of scissors to my hair and snipped it off—you can’t really give yourself a good haircut at that age—and I was grounded from scissors for a year. I remember having the feeling of just wanting to do a thing, so I did a thing. In my head it made sense, and maybe that’s why I still have baby bangs.

When I was 18 years old in Carvoeiro, Portugal, I was throwing myself off 40-foot cliffs because it made me feel something—even though I could barely swim well enough to keep my head above the water.

I spent the years before my diagnosis in and out of therapist’s offices for anxiety and depression. In my college doctor’s office, there was a pamphlet that had a checklist for ADHD and ADD. I started to fill it out, emphatically putting exclamation marks instead of checks for the boxes that really hit home (which was just shy of every single one). When my doctor came in, I didn’t want to talk about the way my broken left toe was healing. I began to spill out that I might need something to help me focus—and then I got a look that anyone who has ever done drugs or been prescribed pills knows. I got a look that filled me with shame, like I was trying to trick her, to weasel out of her a prescription. She told me a lot of kids in college think they have a learning disability or behavioral problem because they aren’t used to being challenged so much or having to work so hard. My cheeks burned and I dropped it.

By 22, a bump of cocaine pepped me up little more than a cup of coffee, and a cup of coffee was replacing water. I engaged in this, and other high-risk behavior, unknowingly trying to give my brain stimulation to bump it up to "normal." Sometimes I felt like my friends hated me because the second they started talking about something, suddenly my own voice would be on top of theirs, drowning them out. Occasionally, I would feel a panicked sense of embarrassment at this faux pas if they reacted, but usually I would excitedly talk about my own life without noticing my own interruption.

I didn’t get diagnosed with ADHD until I was 23 and graduated from college. You hear about kids getting over diagnosed with ADHD all the time, which makes it all the more frustrating that I slipped through the cracks like so many other girls. In a new doctor’s office and a new state, I filled out a form. The second he watched me put a row of exclamation marks next to a question instead of a neat x-mark, he stopped me.

Do you find yourself frequently interrupting? !!!!!

I was diagnosed with ADHD.

Girls have a harder time being diagnosed with ADHD because their symptoms don’t always project in the hyperactive way boys do. Mine did, and my ADHD still went unnoticed, or was attributed to my anxiety. Getting therapy for my anxiety and depression didn’t quite work either, because there was a missing piece of the puzzle until my 20s.

Dr. Rita Eichenstein, a neuropsychologist who specializes in diagnosing ADHD, tells BUST, “In girls and women, symptoms tend to be quite internalized, for example, they feel inner restlessness.” She explains that girls with ADHD tend to have difficulty self-soothing, which leads to eating disorders, skin picking, disorganization, and other elements that can make them appear fine on the outside.

Dr. Eichenstein says that women with ADHD are normally diagnosed much later in life. One study found that between 2008 and 2012, women ages 26 to 34 saw an 85% increase in ADHD diagnoses. “The diagnosis is liberating for many women who discover that with treatment, their lives become so much more manageable and their self-image becomes much more positive,” she says.

After having a name for what I was experiencing, I cried with relief. The same day I got my diagnosis, I went to see a movie with my two best friends. At one point, I couldn’t control myself from quietly whispering a comment of concern about one of the characters to one of my friends. That moment was the lynchpin in ruining my friendship. She was furious. She hated people that interrupted during movies and wouldn’t let it go, and the friendship eventually ended.

Now, I find it easiest to be open about my symptoms while not making excuses. I tell everyone I love that I have ADHD, anxiety, and depression, and what they can expect in dealing with me. That said, I try not to use my ADHD as a reflex or defensive mechanism to excuse my mistakes. Since working with my ADHD, I now have a job I enjoy, supportive friends, and a healthy relationship. I can focus, I haven’t touched hard drugs that aren’t prescribed to me in two years, and I am better able to process my feelings and control my environment.

I had no chance of growing into society’s antiquated idea of what a woman should be. I have a hard time keeping anything clean. I’m impulsive, flighty, and unorganized. I have ruined many meals and loads of laundry. I can never be a fantasy, only a girl with ADHD that sometimes finds herself interrupting—but I'm working on that part.