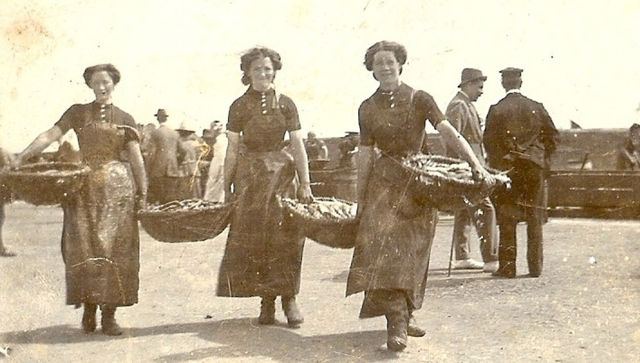 On October 8, 1929, Ellen Wilkinson, the Labour MP for Middlesbrough—commonly described as the "fiery particle"—gave a rousing speech on a visit to the Manchester, Salford and District Girls’ Club. Ellen was known for speeches that packed a punch. So it was no surprise that when talking about women in industry—hard-working, independent women—she summarised them in a pretty apt way:

"The young woman who shrinkingly retired from view and distinguished herself by her love of housework, cooking and sewing lived up to an ideal that had now been broken down due to modern life. Girls had to live in the modern world, and the ideal of implicit obedience and complete ignorance of the dangers that had to be faced left them unfitted to face the world they now live in." 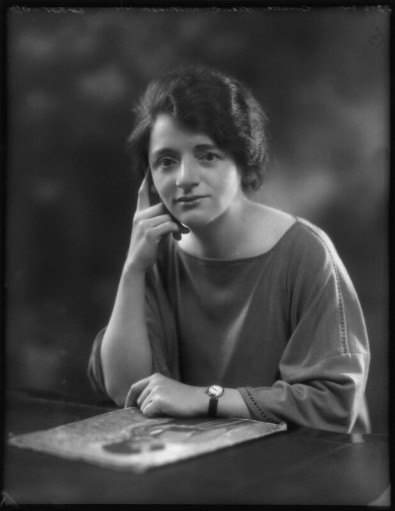 How can I get somebody to start calling me a fiery particle?

WHY WAS THIS SPEECH IMPORTANT?

This speech was meant to rally young women (who at the age of 21 were able to vote) to the cause of the modern woman.

Ellen Wilkinson herself represented the ideal of the "modern woman." This meant a working woman; a woman with a trade, with experience—an unkept woman; somebody outside of the traditional roles of mother, daughter, and spinster.

There was no better embodiment of this than Wilkinson. Before all women aged 21 and over won the vote in 1928, Wilkinson spoke out in the House of Commons, stating that these young women were the women who needed the vote the most. She dedicated her life to working women's right to equal pay and equal rights, because if they were doing the same job as a man, then why were they being treated as a second class citizens?

It was a rallying cry that awoke a new kind of woman.

But these women did not come into existence in 1929 when Ellen Wilkinson made her famed speech. Nor was the "modern woman" an idea that had trailblazed into Parliament with the fight women’s right to vote. The women that forged the fires that bore the modern woman, the right to equal pay, the right to vote, the right to have rights, are often forgotten. And it is with this in mind that I want you to introduce to:

If you go up to a tiny heritage centre on the Isle of Barra, out in the Hebrides—well…well done, you’ve carried out an exhausting journey. It's a five-hour ferry from Oban, or perhaps a short flight from Glasgow, landing on the white sand beach, before driving over the single-track, swirling roads of the island. Even with our ease of modern transport, these journeys are difficult, painful, and long.

So imagine making such a journey in 1882 as a young woman, never having left your home, and traveling from Barra down to Great Yarmouth.

That's exactly what the Herring Girls of Barra did. 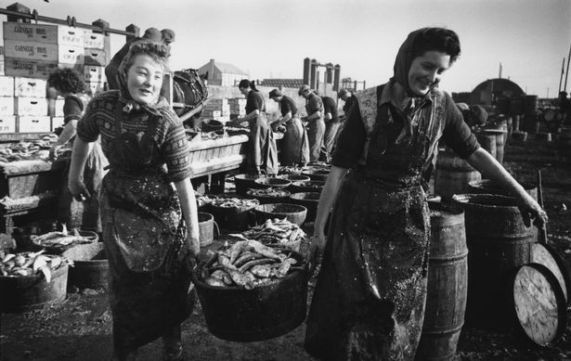 The Herring Girls of Barra, you say?

You’ve probably never heard of them, and no wonder. This is a story of modern women that has remained largely forgotten.

At a time when the women of the metropolitan areas of London, Bristol, Manchester, and Edinburgh were strengthening their campaign to achieve suffrage for women, the women of Barra were experiencing a journey of independence, hard work, and emancipation from the traditional role of the wife and the mother—the woman as the domestic servant.

The Herring Girls' story is also a story of migration.

The Herring Girls followed the fish down the coast, leaving behind a home they knew and being thrust into a different world. From the small communities of the Outer Hebrides to bustling ports of Great Yarmouth, the young women couldn’t have felt more like a fish out of water. Think about how arduous that journey must have been!

I know I could not have done it!

These women, from working class families, were young and unmarried, and usually fresh in the trade from leaving school. The work that they carried out—gutting, cleaning and packing the herring—was gruelling, and while it was skilled work, requiring precision and speed, it would often leave their hands covered in injuries, not helped by the mass of salt that would be rubbed into them during the curing of the fish.

Now, in this heritage center where I first stumbled onto the Herring Girls, a small display is made up of ceramics, trinkets, and ornaments—inexpensive items that seem not to have traveled far from the mantelpieces of 20th century homes. These are the gifts that the Herring Girls brought home, for family and friends, in their kists (massive trunks that make you wonder how the heck they got them on and off a train). They are relics of adventure, of freedom, of the first modern, industrial women.

From the late 1880s to the early 1900s, every summer, the Herring Girls of Barra would march across the island, carrying their almost-empty kists, and board a ferry. Then, they would catch a specially chartered trains down the country to Great Yarmouth (there are accounts of them alighting to dance the Highland Fling in Carlisle, natch), onwards to their cramped lodgings, and to two long months away from home.

By 1931, over 5000 women were traveling from Scotland down to Great Yarmouth during the Autumn herring months. The conditions of the outdoor working areas were grim—it was only in 1903 that flushing toilets were installed on the site. The women were expected to work long hours, and the work, as mentioned, was gruelling. But they achieved something else: unexpected emancipation.

To be young and away from home, with hundreds of other Gaelic young women, was an adventure. Dances and parties, jokes, laughter, romances—all happened in Great Yarmouth. Highland dances, music, enjoyment followed them wherever they were sent, and, earning their own money, the treasures that traveled home with them in their kists is a testament to this new found freedom.

But these women were not just socially liberated, oh no. They were fighting for equality on a different frontier.

After years of generation after generation traveled up and down the coast, these women gained the strength and the solidarity to strike, just as their male colleagues did. Most notably in 1936, the women at Yarmouth demanded 2d more per barrel—and went on strike, sending the industry into disruption, and costing the company a great deal of time and money. According to the Angus MacLeod archive, when the older women were reluctant to support the strike, the younger women were sent to persuade them:

They did not waste too much time in reasoning with these "blackleg" girls but turned the powerful sea water hose on their hesitant colleagues and very quickly achieved full and unanimous support for the strike.

One of the Herring Girls, Mairi MacDonald, recalled the arrests of some of the strikers. But the women did not relent, and after only two days of striking, and hordes of herring being left to stink in the harbors, the women won their strike, and returned to work.

I like to think that they celebrated with a Highland fling and that, after carrying their kists laden with trinkets back up the Hebrides, they shared their stories of triumph and adventure with their friends and families, inspiring more generations of independent, industrial women.