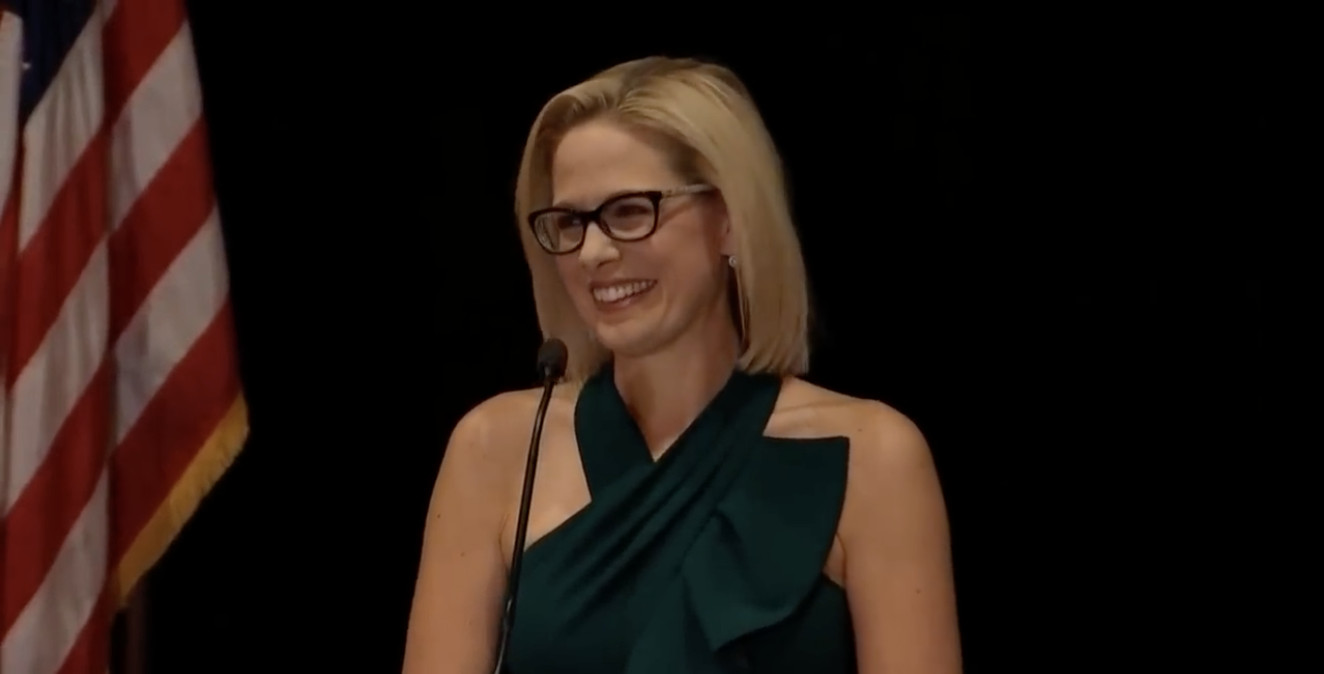 After 20 Republican years, Arizona has turned blue, thanks to Kyrsten Sinema. The New York Times reported yesterday that the former social worker defeated her Republican contender Martha McSally to claim the Senate seat being vacated by Jeff Flake. Sinema is not only the first female senator in Arizona’s history, but also the first openly bisexual senator in the US.

Her background proves a stark difference to Arizona’s past representatives: Sinema has spoken in the past about enduring both homelessness and bullying over her sexuality as a child.

In 2006, she successfully chaired an effort with legislator Steve May to defeat a constitutional amendment to ban marriage equality at the ballot box—the first state in the country to do so.

Her win in a state that voted in 2016 for Trump illustrates Arizona’s growing diversity. The victory guarantees Democrats at least 47 Senate seats (compared to the Republicans' 51 seats), though some Democrats have criticized her centrist leaning and tendency to vote against party platforms.

The final days of the campaign–the outcome was called six days after the midterms–proved bitter. While large numbers of mailed ballots were still being counted, Sinema slightly trailed McSally in tallies. As the numbers began to turn in Sinema’s favor, Trump tweeted that "electoral corruption" was taking place in Arizona and asked for a new election.

But no, the numbers didn't lie. Sinema win is legit, and many on the left hope it’s a sign more Democratic pivots are to come.

Coming To Terms With Another Six Years of Ted Cruz, And Why I’m Not Losing Hope in the Blue Wave in Texas