Coming To Terms With Another Six Years of Ted Cruz, And Why I’m Not Losing Hope in the Blue Wave in Texas 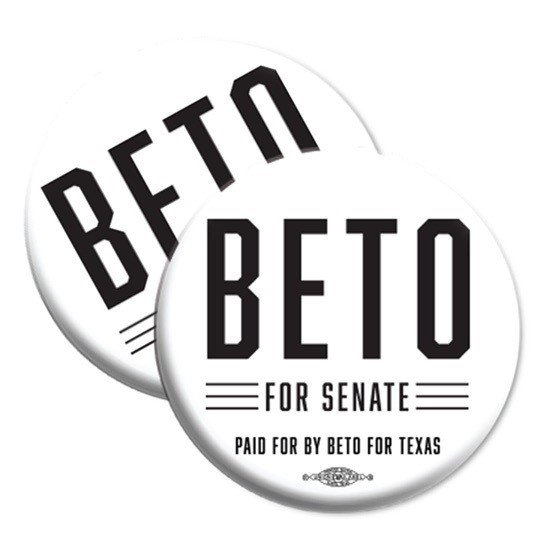 It’s been six days since Beto O’Rourke lost his bid to get Senator Ted Cruz out of office. It’s been six days and I’m still coming to terms with the fact that half of the voters in my home state, which I have always repped proudly, really don’t like that I exist.

Here’s what I mean.

I’m a woman, a woman of color to be exact. I identify as Tejana (basically a Texas-born person of Mexican descent), but Latina to those I don’t have the patience to explain why there’s a difference. I’m bisexual. There’s so many other parts to my existence, but those parts of me feel attacked by Cruz and the 4,244,204 Texans who voted for him.

It should go without saying that I loved everything that Beto was about based on my identity. He ran his campaign with the promise of keeping families at the border together, opening said border and helping immigrants on the path to citizenship, advocating for women (especially their health), supporting LGBTQ folks, promoting gun control, increasing minimum wage, and, important to many, holding President Donald Trump accountable. Beto wanted to truly represent the people, proving his dedication to Texans as he visited all 254 counties across the state during his tireless campaign.

Most importantly, I felt that he wanted to represent me and so many Texans like me that feel even more marginalized under the Trump Administration. He wanted to change the power that Texas holds in politics and not just accept that our state is historically—and strongly—red.

He was a refreshing change in Texas politics, so unlike the Republicans in office. Governor Greg Abbott, Lieutenant Governor Dan Patrick, Texas Attorney General Ken Paxton and Sen. John Cornyn are all terrible in their own, unique way, but most of all, Beto wasn’t Ted Cruz.

Cruz has never represented the 4,019,058 Texans that cast their ballot for Beto.

Cruz doesn’t care about immigrants, or any people of color for that matter.

He recognizes that he’s the son of an immigrant, but has never personalized his father’s experience of starting a new life in a different country. He believes in “upholding the rule of law.” Translation: he’s totally fine with separating families at the border who are escaping a country where they live in danger. He echoes Trump’s damaging rhetoric that immigrants are drug dealers, abusers, and murderers. He thinks “illegal aliens” should come to the U.S. in the ways that he approves, even if that means waiting years for an opportunity that may never even happen for them.

Texas’ entire history includes all types of ethnicities settling here and still being part of the culture today. After early Spanish settlers pushed out the indigenous people living in the area, Texas as it is known today was ruled by France, Spain, and Mexico before becoming its own Republic. That means that all of these backgrounds are embedded into the statewide culture, along with pockets that have a heavy German influence. Texas is literally a land of immigrants, and made better because of it, despite Cruz not respecting that.

He’s been a longtime believer that homosexuality is a choice, and is against marriage equality. In the past, he’s said that the legality of same-sex marriages should be left up to the state. Though marriage equality is still very much intact with the Obergefell v. Hodges ruling in 2015, Cruz has used his very public place in politics to encourage states to decide whether to follow that ruling. The LGBTQ community continues to make progress in Texas and nationwide, but that is not with the help of Cruz.

In true Republican fashion, Cruz is totally against abortion. That much is to be expected. He doesn’t think the federal government should fund Planned Parenthood. More recently, he failed sexual assault survivors when he refused to speak to Dr. Christine Blasey Ford, the woman who courageously stepped forward with sexual assault allegations against the then-Supreme Court nominee Brett Kavanaugh. Instead of holding Kavanaugh accountable, or even questioning his character, Cruz, along with Sen. Cornyn, voted to appoint Kavanaugh. Cruz reinforced the “boys will be boys” attitude and turned his back not only on sexual assault survivors, but on all women.

Cruz doesn’t care that so many Texans feel helpless in today’s political and social climate. While America is stuck with Trump for another two years, the 2018 midterm elections represented a chance for Texas to stand up for itself and prove that the state is more purple than red. Some might say we did, as Beto was just narrowly beat out after he was considered a longshot when he announced his candidacy in March 2017.

While Beto’s supporters did their best to get Cruz out of the Senate, a mere 222,922 votes kept the El Paso native from claiming victory. In Texas, that number is almost nothing—it’s slightly smaller than the population of Garland, northeast of Dallas. And as a result of Cruz’s narrow victory, the marginalized will continue to be unheard by Cruz for another six years.

Republican voters will undoubtedly remain smug about Cruz’s victory, that much is apparent just by logging onto social media, but Beto’s supporters will continue to be inspired by the change that he spearheaded. In other parts of Texas, Dems won. From the 35 openly LGBTQ candidates that ran in the election, 14 of those candidates won their race. LGBTQ representation in Texas is the highest in its history, and that’s even with the Congressional race between Will Hurd and Gina Ortiz Jones, a Filipina-American Air Force veteran who is a lesbian, not set in stone as Hurd is only ahead by 1,150 votes. Either candidate could still call for a recount. If Ortiz Jones were to win, she would be the first person from the LGBTQ community to represent Texas in Congress.

No matter what that outcome is, the fact remains that the Republicans won by much smaller margins than they have in the past. Patrick won by just under 5 percent, and Paxton by 4 percent. Abbott, who had millions of dollars compared to former Dallas County Sheriff Lupe Valdez’s quiet, $200,000-something campaign, won by roughly 13 percent, considerably closer than his 20-percentage win over Democrat Wendy Davis in 2014.

But most exciting to me is that Sylvia Garcia (Houston) and Veronica Escobar (El Paso–Beto’s former seat) will be the first Latinas to represent Texas in Congress. The first Latinas ever. In Texas’ nearly 175-year history as part of the union. In a state where roughly 40 percent of the population is Hispanic. This shouldn’t be happening for the first time in 2018, but I’ll take any sort of progress at this point. This change is so necessary.

The Dems may have been outnumbered this time in the race that arguably mattered most, but the fact remains that Texas politics is changing. Cruz, Abbott, Patrick and Paxton will all return to office, but we can’t have let Beto, Valdez, Mike Collier, and Justin Nelson have lost for nothing. The blue wave did not coming crashing down on Texas, but the current is getting stronger. Texans like me just have to stay afloat until the time comes again for us to demand change.

Sarah Martinez is a proud Syracuse alum and digital editor at an alt-weekly in her hometown of San Antonio. For occasional shameless self-promotions and retweets she wishes she had come up with herself, follow Sarah on Twitter @smartinezwrites.