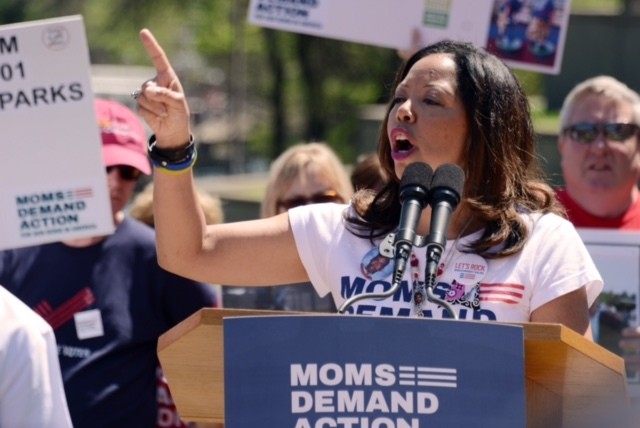 On Wednesday morning, Democrat Lucy McBath officially won her Congressional race by less than 3,000 votes in Georgia’s Sixth District, reports the Associated Press. An advocate for gun control and social justice, McBath has been publicly involved in community activism and public service since her son, Jordan Davis, was shot and killed in 2012.

The Sixth Congressional District has been represented by Republicans for around 30 years, reports New York Magazine, most famously by Newt Gingrinch from 1978 to 1999. McBath beat Republican incumbent Karen Handel, whose platform very predictably included limited access to health care, support of “the wall,” and pro-life rhetoric. McBath, on the other hand, hopes to expand Medicaid in Georgia, push for gun safety, and strengthen the public school system, according to her website.

Prior to running for Congress, McBath worked as a spokesperson and organizer for both Everytown for Gun Safety and Moms Demand Action for Gun Sense in America. Back in July, she told CNN that the wave of activism in Parkland, Florida inspired her run for office. “What I began to recognize is that I can keep helping to build this national movement and organize for gun violence prevention,” McBath said. “But you’ve got to have people on the inside that are willing to do the work, creating the bills and initiatives who will push the issue. You’ve got to have gun-sense champions on the inside.”

McBath’s son was killed at age 17 by a white gunman following an argument about the music playing in Jordan's car. The man, Michael David Dunn, was ultimately convicted of first-degree murder in 2014, reports the New York Times.

“I’m still a mother. I’m still parenting,” McBath said, as reported by CNN. “That’s why I believed this was the time to stand up.”

Top photo via Lucy for Congress