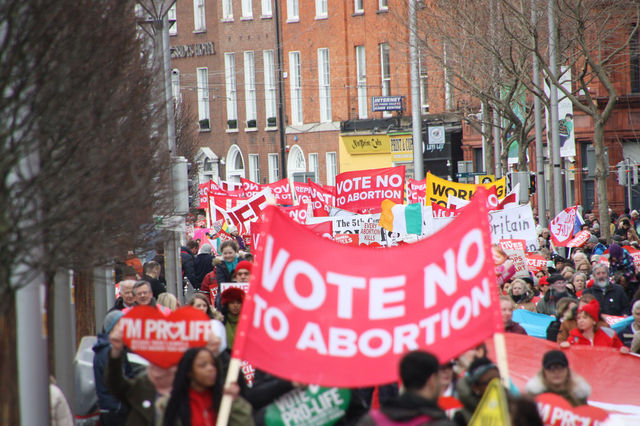 In this 2018 midterm election, abortion rights showed up on ballots in Alabama, West Virginia, and Oregon. While Oregon overturned the vote to ban public funding for abortions, Alabama and West Virginia did the opposite. Alabama voted in favor of banning public funding for abortions, and won by 19 points. The amendment will order “the sanctity of unborn life and the rights of unborn children, including the right to life,” as well as preventing state funds from assisting in access to abortion. The same was true in West Virginia, with the “No Constitutional Right to Abortion Amendment,” which states "nothing in this Constitution secures or protects the right to abortion or requires the funding of abortion," and won by 3.4 points.

These are trigger laws, which essentially means that these amendments are ineffective until changes occur at a federal level – in other words, a state level amendment will remain unenforced until Roe vs. Wade is overturned, at which point states would be granted the ability to have independent legislature surrounding reproductive rights.

While this does create a “buffer” between the amendment passing and the law being enacted, the environment of suppression and hostility that it creates continues to have very real repercussions. Rick Renshaw, the political director of the Alliance for a Pro-Life Alabama, explains that this is essentially “a testament to the conservative values of Alabama.”

Additionally, the threat of Roe vs. Wade being overturned is not impossible, or even far-fetched. Brett Kavanaugh, another conservative who has spoken out and taken actions in opposition to abortion, and who we recently saw elected to the US Supreme Court, will have influence. Additionally, due to vague wording in the amendments, and with Planned Parenthood under target for state funding, women and other folks seeking general reproductive health care will be at risk. According to CNN, Planned Parenthood warned that if the law was enacted, it would be "an almost certain legal challenge," and suggest that it "would be difficult for nearly all providers to meet" – leading, inevitably, to the forced shutdown of clinics. As usual, this initiative would affect poor and low income people the most.

It’s essential to be vigilant in the continued fight for reproductive health and rights, especially in this current climate. Further restriction on access to abortion and healthcare will have devastating effects, as well as extreme mental, emotional, and physical repercussions. At this point, more than hope is necessary – speaking out, engaging in direct action, participating in grassroots organizations, financially supporting the causes you care about (if you have the means), and utilizing the right to vote will all remain imperative as this struggle for safety and justice continues.

Tags: reproductive rights , roe vs. wade , brett kavanaugh , planned parenthood , abortion , healthcare , safety
Support Feminist Media!
During these troubling political times, independent feminist media is more vital than ever. If our bold, uncensored reporting on women’s issues is important to you, please consider making a donation of $5, $25, $50, or whatever you can afford, to protect and sustain BUST.com.
Thanks so much—we can’t spell BUST without U.