Of Allyship And Accountability 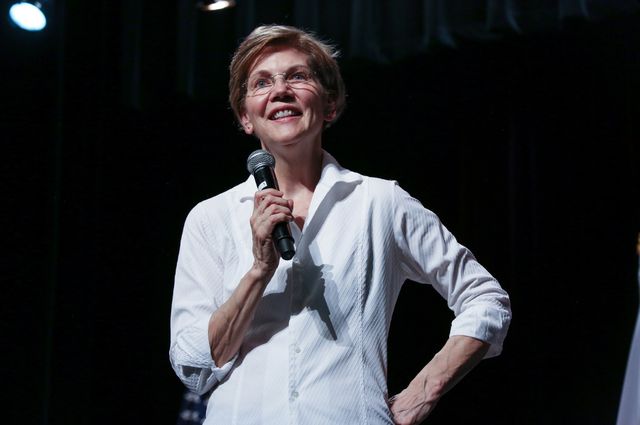 A couple of weeks ago, I posted an article reflecting on the state of being indigenous at a time when that was apparently of interest to people who do not typically give any thought to indigeneity. That article got picked up by BUST and generated a lot more attention than I realized it would. I appreciate the comments and responses, both thoughtful and not.

Some people may be surprised to realize that while I am willing to criticize “one of my own” as the part of America that does not embrace the white supremacist fascist uprising headed by the current President of the United States, that does not mean I am willing to discount them completely. A number of right-wing bloggers have also jumped onto my blog post and article, using it as a way to lampoon a woman that many of us left-of-center (of all races, nationalities and creeds) view as an ally and an advocate. They’ve latched onto one or two sentences as a way to legitimize their own racist taunting, apparently being too caught up in the topic of the moment to realize they were just furthering my point: anyone using this as political fodder is opportunistic trash, and does not genuinely care about indigenous people at all.

Since the outlash by people on both sides, the Eastern Band of Cherokee Indians has come forward to support Elizabeth Warren. Numerous journalists have done the same, some even wading into the complicated topic of blood quantum and heritage. None of that matters to the people still choosing to engage in this foolishness, as the voices of Native Americans in this conversation have never really been what anyone wanted, unless it served their own underlying point.

As someone who works to increase voter participation in a deeply red state and who has worked with people farther left than center for nearly a decade, I have found myself having a conversation time and time again this year: How can we reasonably vote for Democrats when they’re not perfect either? And the answer I always give is this: Because someone has to win, and they are definitely better.

Am I still irritated that Elizabeth Warren has decided to make this such a national debate without actually doing her duty as a Democrat to try to bring Native voices into the conversation? Of course. Am I going to renege and say that what she did was actually not wrong at all? Hell no. But if I woke up tomorrow and it was November 2020 and I found myself staring down at a ballot that forced me to choose between Warren and Trump, would I still vote for her? Yes. Yes yes yes. Without even a moment’s hesitation: yes. And if that comes to pass, I encourage anyone with a conscience to do the same.

The thing that separates us from them is that we are not hypocrites. We will not allow the current political climate to make us liars, even when that’s all that seems to dominate the conversation. We hold our people accountable and we will continue to do so, well after everyone else has forgotten, until there is justice for everyone. We make the grown-up decision, participate in our political process, and then the day after our people win, we get back to work pushing them to be better. That is our civic duty, on every day of every year: to be the people that we say we are, and to act accordingly. No one in this world is perfect, and especially not anyone in politics. But it is our job to make sure that they are the absolute best that they can be as long as they are representing us.

For as long as this dichotomy exists, the Right will try to weaponize our value systems and goad us into becoming hypocrites. They will jeer and slander and make false accusations. They will troll and snicker and taunt. They will pretend to care about people as the situation merits and it doesn’t matter who that is: Native Americans, veterans, women. As soon as this topic no longer serves them, they will move on and find something else to pretend to care about because their convictions only last as long as your average news cycle.

And you know what?

That’s why we’re going to win.

This post originally appeared on Medium and is reprinted here with permission.

Of Blood And Money: On Elizabeth Warren’s DNA Test

More Than Twice As Many Women Are Running For Congress In 2018 As 2016: Link Roundup

Jasmine Neosh is an enrolled Menominee and a Natural Resources student at the College of Menominee Nation. Follow her on Instagram @jasmineneosh and on Medium.

Tags: Elizabeth Warren , DNA , Native American , politics
Support Feminist Media! During these troubling political times, independent feminist media is more vital than ever. If our bold, uncensored reporting on women’s issues is important to you, please consider making a donation of $5, $25, $50, or whatever you can afford, to protect and sustain BUST.com. Thanks so much—we can’t spell BUST without U.

Rollerskating is Back! And Skate Queen Lola Star is Here to Share All Her Tips to Get You Started

Larissa Pham Lets Readers Known They're Not Alone With Her Memoir-Style Essays in "Pop Song: Adventures in Art and Intimacy"