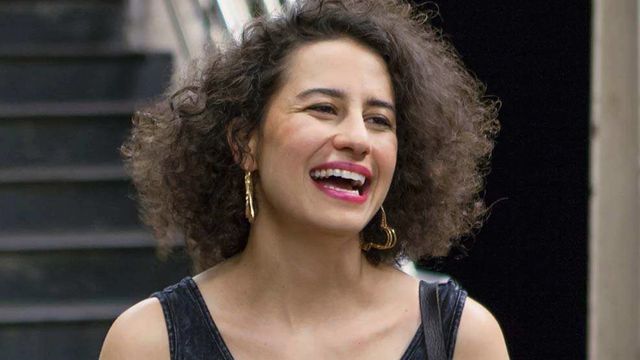 A political event at a Brooklyn synagogue hosted by comedian Ilana Glazer was canceled this past Thursday evening after anti-Semitic graffiti was found scribbled in black marker on the walls, The New York Times reports. Glazer was scheduled to interview journalist Amy Goodman and twoNew York State Senate candidates, Jim Gaughran and Andrew Gounardes, as part of her Generator Series of political talks.

The vandalism, which happened in the wake of the mass shooting at a Pittsburgh synagogue last week, as well as a recent increase of similar occurrences around Brooklyn and Manhattan, is being investigated by the Police Department’s Hate Crime Task Force. The words “Die Jew Rats,” “Hitler,” and “Jew better be ready” were discovered in various locations. While there are security cameras inside the temple, whether or not they recorded anyone writing the hate messages is uncertain. According to Police Department statistics, the number of incidents involving anti-semitic graffiti have risen in the past year.

Around 8pm the Broad City star announced the event was canceled. When speaking about the incident with Goodman on the podcast “Democracy Now!” Glazer explained “I can’t put these 200 people who came to listen in a safe space… I can’t put them in danger.”

Here is a video of Glazer announcing the cancellation:

My friends surprised me for my birthday tonight with tickets to see @ilanusglazer speak at @generatorcollective - a series of talks with activists and politicians about the importance of voting and humanizing politics. Unfortunately, after waiting for over an hour to enter the auditorium, we were notified that some emboldened bigot had covered the walls of the Jewish temple that was housing the event with anti-Semitic symbols and slurs. Organizers felt unsafe and uncomfortable carrying on with the event, and rightfully shut it down. THIS IS WHY WE NEED TO ELECT GOOD PEOPLE INTO OFFICE. This is why we gathered tonight. This is why we protest and demand real, direct action against acts of hate and violence. Thank you to the ever-badass @ilanusglazer and Amy Goodman of @democracynow for putting these kinds of events together and staying strong in the face of incredible intolerance. We will not be stopped or silenced. Your hate has no place in this country. ✊? #VOTE

Anti-Semitic Threats Have Skyrocketed Under Trump, But He Responds By Bragging About His Electoral College Win