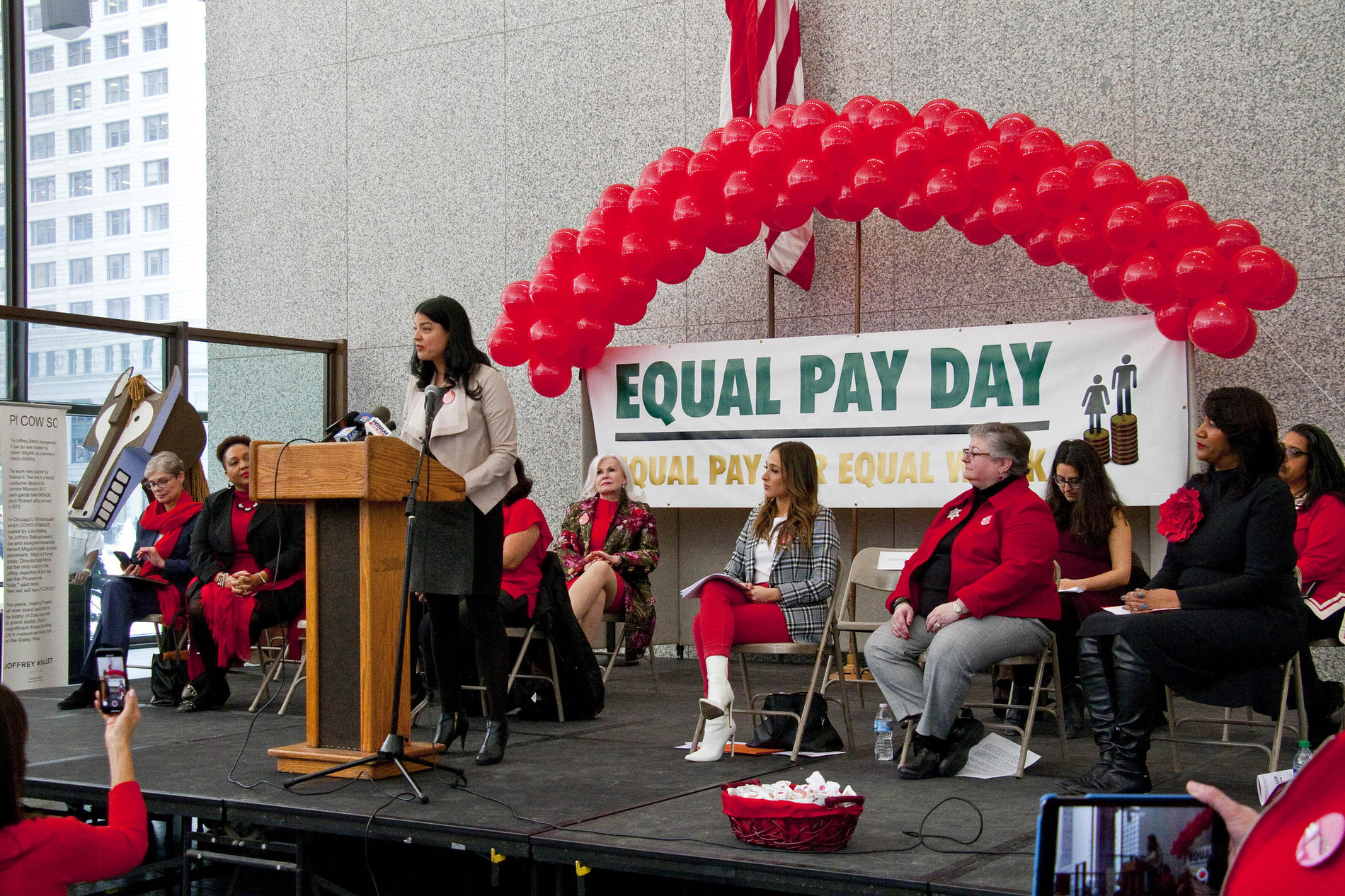 November 1 is Latina Equal Pay Day. The day the average Latina woman finally worked enough to earn the same wages her white male counterparts made in 2017—a shocking 10 extra months and one day. Did you know Latina women are payed 47 percent less than white men and 31 percent less than white women?  Nearly one in three Americans don’t. According to the Labor Council for Latin American Advancement, Latinas make 52 cents for every dollar their white, non-Hispanic male coworkers make. That’s actually worse than last year; Forbes reported the wage gap in 2017 was 54 cents.

In other words, Latinas could lose more than $1 million within their working lifetimes. The factors contributing to this reality are many, but overrepresentation in low-paying jobs like childcare, hospitality, and social work are consistent throughout studies. Latinas are also promoted more slowly and receive significantly less attention from supervisors. The current political landscape has only exacerbated the issue; more than two-thirds of Americans believe that bias against immigration negatively affects Latinas' pay.

It’s a vicious cycle, and change will have to come from the highest corporate level, down to the earliest education track. In school, young Latinas need the encouragement, and scholarship, to pursue fields with better opportunities for advancment. My Puerto Rican mom did necessary work as a social worker in the Bronx, but I’ll never forget her telling me, “I never knew I could be, or honestly was expected, to be anything else.”

If given the opportunity to rise into leadership positions, Latinas can influence wage and hiring policies. The first Latina Senator was elected in 2017, and only about 2% of Congress are Latinas. Geisha Williams is the only Latina CEO at a Fortune 500 company. Change isn't coming overnight; it's going take a radical cultural shift from the non-Latinx community to achieved significant progress. But it's a shift long overdue.

Tags: Latina , Wage Gap , Sexism
Support Feminist Media!
During these troubling political times, independent feminist media is more vital than ever. If our bold, uncensored reporting on women’s issues is important to you, please consider making a donation of $5, $25, $50, or whatever you can afford, to protect and sustain BUST.com.
Thanks so much—we can’t spell BUST without U.