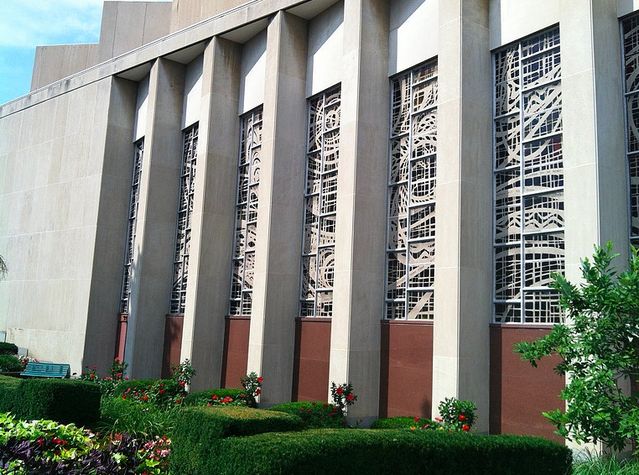 Last weekend, gunman Robert Bowers opened fire in a Pittsburgh synagogue. He killed 11 Jewish people, making Sunday’s attack the deadliest act of anti-Semitism in U.S. history, reports CNN. As is typically the case with instances of gun violence, the shooting could have been prevented: CNN noted that Bowers had 21 registered guns and a long history of using anti-Semitic slurs, threats, and language online. Once police officers found him, Bowers announced, "I just want to kill Jews."

Bowers was an active member on Gab, a "free speech" alternative to Facebook and Twitter that amassed a large following among the alt-right. Just four hours before his attack, Bowers wrote, “I can’t sit by and watch my people get slaughtered…screw your optics, I’m going in” on his page on the site, according to The New York Times. The social media platform has since been temporarily taken down, as the site's web hosting and domain providers are pulling Gab's hosting service and domain names, respectively.

Though this was the most violent attack on American Jews to date, it follows a disturbing and unsurprising pattern of anti-Semitism that has gained traction since Trump took office. In February, the Anti-Defamation League (ADL) released a report that stated anti-Semitic incidents increased by almost 60% between 2016 and 2017, the highest one-year surge on record since ADL started collecting data in the 1970s. These crimes ranged from vandalism to verbal assault to bomb threats to physical attacks.

“These incidents came at a time when we saw a rising climate of incivility, the emboldening of hate groups and widening divisions in society,” said ADL National Director Jonathan A. Greenblatt. “In reflecting on this time and understanding it better with this new data, we feel even more committed to our century-old mission to stop the defamation of the Jewish people, and to secure justice and fair treatment to all.”

On his Gab profile, Bowers denounced Judaism and supported the conspiracy theory of “white genocide”—an anti-Semitic belief that Jews are trying to destroy the “white race” in countries like the U.S. “This is what the torch-bearing white supremacists who marched on the campus of the University of Virginia meant when they chanted ‘Jews will not replace us,’” wrote Alex Amend for the Southern Poverty Law Center.

Deborah E. Lipstadt, an Emory University professor of Holocaust history, told The New York Times that anti-Semitism in America lies dormant, but never really goes away. “Now I think it’s worse than it’s ever been,” Lipstadt said, adding that figures like Trump and Republicans in Congress are pushing and supporting unfounded conspiracy theories that “resonate with anti-Semites.”

Bowers’ anti-Semitism is heavily rooted in xenophobia, as his Gab profile showed many hateful references to HIAS (the Hebrew Immigrant Aid Society), the world’s oldest refugee resettlement organization. HIAS is a Jewish group that offers housing, advocacy, and legal help to vulnerable refugees in the U.S. While we mourn, there are also many tangible ways to take action, including getting involved with HIAS or making a donation in the name of those who died Sunday at the Tree of Life synagogue.

Right now, though, also make sure to reach out to your Jewish friends. Ask how they’re doing, and make sure they know that your friendship is a safe space for grieving, pain, and anger. People like Trump might say anti-Semitism is something they can't find "possible in this day and age," but for many American Jews, what happened on Sunday realized a series of fears and feeling of unsafety that have always existed and continued to worsen throughout Trump's time as President. Trump also, of course, added that the massacre had "little to do" with a need for stricter gun laws—a reminder to make sure you’re ready to vote November 6, if you haven’t already, and show your support for candidates who aren’t going to tolerate hate speech, hate crimes, and gun violence.

Anti-Semitic Threats Have Skyrocketed Under Trump, But He Responds By Bragging About His Electoral College Win

Tags: Tree Of Life , hate crimes , anti-Semitism , news , Pittsburgh , anti-semitism , Judaism , mass violence , white supremacy , xenophobia
Support Feminist Media! During these troubling political times, independent feminist media is more vital than ever. If our bold, uncensored reporting on women’s issues is important to you, please consider making a donation of $5, $25, $50, or whatever you can afford, to protect and sustain BUST.com. Thanks so much—we can’t spell BUST without U.