“Lesbians Will Always Be Here And Have Always Been Here”: Talking Queer Visibility, Butchness, And Sinister Wisdom With Writer Carina Julig 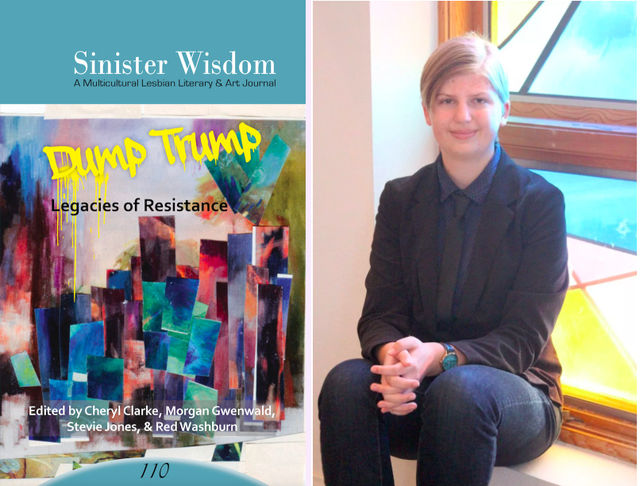 Forty-three years since its founding, Sinister Wisdom is more varied and vital than ever. Editor Julie R. Enszer launched the journal’s Sapphic Classic series in 2013 to great acclaim, reprinting works like The Letters of Audre Lorde and Pat Parker, Living as a Lesbian by Cheryl Clark, and For the Hard Ones / Para las duras by tatiana de la tierra. This summer, Sinister Wisdom launched its first-ever calendar as part of its yearly fundraiser. The 2019 calendar celebrates not only the best of Sinister Wisdom’s 109 issues, but also elevates lesser-known LGBTQ histories.

Working with Sinister Wisdom requires commitment, creativity, a critical eye. My own time with Sinister Wisdom spans editing, book reviews, and writing about the incendiary activist tatiana de la tierra. I sit down with fellow intern and writer Carina Julig to learn about her time with the journal and what lesbian art means today. Julig is a lesbian journalist whose work touches on the intersections of queerness, capitalism, politics, and trans masculine identities. Featured on Slate, Al-Jazeera, and them., among others, Julig has a keen instinct for the impacts of lesbian culture on the mainstream and vice versa. 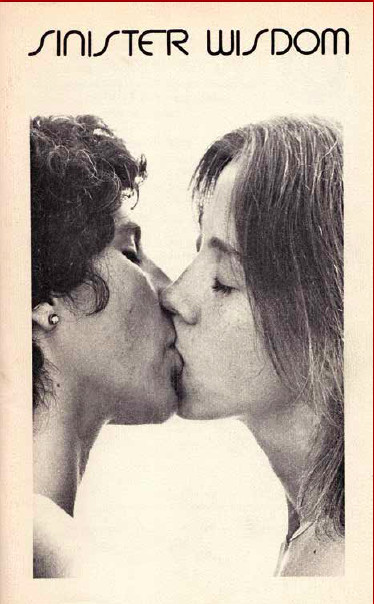 Carina, you’ve been an intern with Sinister Wisdom, the lesbian literary and arts journal, for some time now. Tell me about your work with the journal.

During my internship, I worked on a number of projects. I updated Sinister Wisdom’s social media regularly, composed e-newsletters to send to our subscribers, and digitized a number of back issues of the now-defunct journal Common Lives/Lesbian Lives for an upcoming Sinister Wisdom project. I was lucky enough to have access to those files through my university’s women’s studies library, which has a number of back-issues of Sinister Wisdom, Common Lives/Lesbian Lives, and many other lesbian and feminist journals. I love libraries and archives and believe they possess tremendous value in our ability to maintain a sense of our collective history, so being able to utilize a local archive to contribute to Sinister Wisdom was very rewarding.

Along with that, my other main task was to write articles promoting upcoming Sinister Wisdom volumes around the lesbian internet. I had a lot of fun doing that and was happily able to drum up interest about Sinister Wisdom in a lot of new outlets. I feel especially proud of the writing I did to help promote the incredible Sapphic Classic Para Las Duras/For the Hard Ones, which included an interview with author Myriam Gurba in them. and an essay about de la tierra and the importance of preserving lesbian history for Shondaland.

In addition to Sinister Wisdom, you study journalism and were the editor of the CU Independent. Recently, you wrote an article for Slate addressing the ways butch women and trans people are affected by airport security checks. Tell me about your relationship to lesbianism and gender nonconformity.

I consider myself to be butch, and butchness/gender-nonconformity play a huge role in how I view my lesbianism, my relationship to gender/womanhood, and my interaction with the world around me. I came to butchness and lesbianism at the same time, and I do not think I would be able to exist as a woman or a lesbian without being butch. Visibly challenging the patriarchal gender roles assigned to women feels like a very lesbian thing to do, as lesbianism itself is inherently transgressive of gender roles. My small community of butch lesbian friends that I know in-person and online has sustained me so much, and I don’t know where I would be without them. At the same time, I think we are in a current cultural space where the LGBT community is not very welcoming of female masculinity, and even treats it frequently with hostility. For many lesbians, womanhood is a deeply fraught space to occupy, and being able to inhabit female, butch, and trans identity simultaneously should not be seen as a threat. My greatest lesbian inspiration and hero is Leslie Feinberg (may ze rest in peace) because hir writing spoke so deeply to what it feels like to be female and “gender not-normal” (as Hannah Gadsby put it in her phenomenal special Nanette) and ze made space in hir writing and work for people of different identities to acknowledge their shared experiences and join together in camaraderie. I feel like we’ve lost a lot of the language around female masculinity and gender nonconformity that we had in Feinberg’s time, and I think it’s hurting a lot of younger butches who feel like they are without a community or have to “choose” between being lesbian or being masculine-identified.

There is nothing more threatening to patriarchy than a woman who won’t conform to male expectations of female beauty, sexuality, and behavior, and transgressing those roles is not always safe or easy. But to me it’s always worth it, and I’m so grateful that the lesbian community has such a rich tradition of butchness and of woman who refused to conform whose footsteps I can follow in, and I hope that I can create footsteps for younger butches to one day walk in as well. 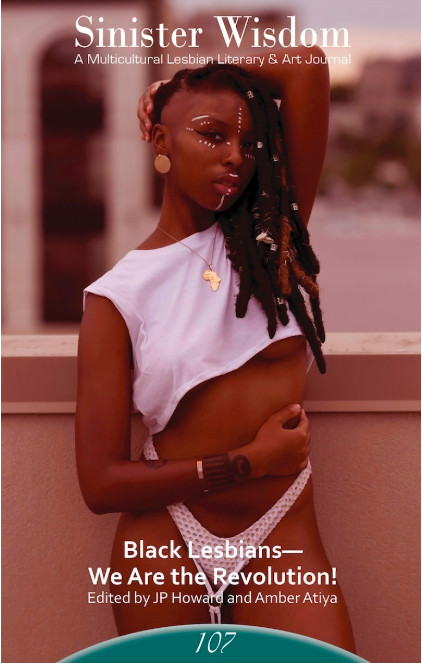 Sinister Wisdom has been a cultural pillar of lesbian art, community, and politics for over 40 years. In the last few years, the journal has expanded, now releasing Sapphic Classic editions of influential poets like Pat Parker, Audre Lorde, and tatiana de la tierra.  Sinister Wisdom also just launched its first-ever calendar celebrating queer history. What does this sustained interest in lesbian art and writing mean to you? Why do you think people still need and support lesbian spaces?

This sustained interest in lesbian art and writing does not surprise me, because I believe that as lesbians, writing and art are our most powerful ways to connect to each other through time and across generations. Lesbians will always be here and have always been here, and our art is a defiant proof of that. Even in the most repressive and woman-hating eras and societies women made art about loving other women that, even if it does not always mirror our modern conception of lesbianism, we can still point to today as evidence of our beauty and resilience.

I think lesbian spaces are still desperately needed today, and sadly I think that in some ways we are worse off than the lesbians of several decades ago, who had physical bars, clubs, bookstores, and retreats to congregate in. We have gained so much in the past several generations, but we have also lost a part of what made us strong. The resurgence of interest in preserving lesbian history and culture gives me hope that we can create something new and continue to build on the rich tradition of lesbian space and community that existed in the past. One thing I think the LGBT community writ large severely lacks (due to homophobic forces) is a sense of intergenerational community. As our lesbian elders continue to age it is imperative that we connect with them and preserve their history so that we can honor their legacy and preserve their wisdom. That’s why the work Sinister Wisdom is doing to be a voice for lesbians and document their history is so important, and I am honored to have been a part of it.

Interested in interning with Sinister Wisdom? Visit our intern page for more information.

Carina Julig is managing editor of the CU Independent, where she writes about politics, religion, and sexuality. Find more of Carina’s work here.

sara gregory (they them + she her) is a lesbian writer. In addition to editing and reviewing for the journal Sinister Wisdom, Sara most recently curated the 2019 Sinister Wisdom Calendar, which celebrates lesbian and queer histories as creative, incendiary, and ongoing. Sara now works in the labor movement and organizes in higher education. She has been published in Jezebel, Bitch Media, Autostraddle, and The Advocate, among others. Find Sara on Twitter @SGregory91 or on Instagram @sinister.spinster.