Murdered Utah Student Previously Reported Her Killer To The Police, But Nothing Was Done 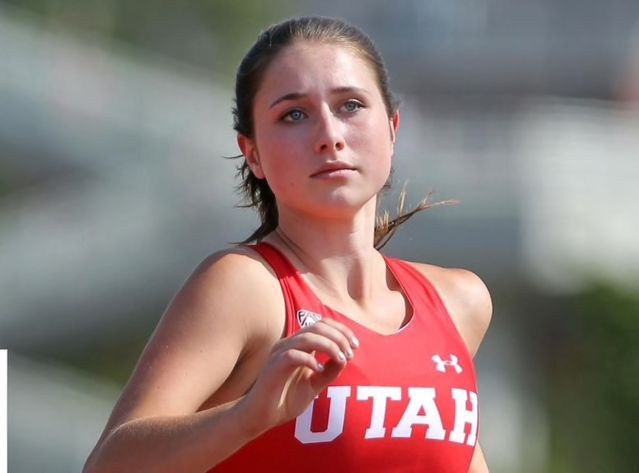 On Monday, October 22, Lauren McCluskey, a 21-year-old University of Utah student and track athlete, was shot and killed by her ex-boyfriend—after she’d already brought his pattern of harassment and her fears of harm to the police, reports CNN.

Following a police chase in downtown Salt Lake City, Melvin Rowland, who was identified as her killer, was found dead in a church from a self-inflicted gunshot. In a statement, McCluskey’s mother, Jill McCluskey, writes that her daughter had dated Rowland for about a month and ended the relationship several weeks ago after learning he had lied about his name, age, and criminal history—which included a 2004 felony charge for attempting to entice a minor, and registration as a sex offender.

Following the October 9 breakup, McCluskey filed two police reports on October 12 and 13. The University’s Police Chief Dale Brophy told CNN that a detective had been in contact with McCluskey and was helping her build a case, and added that it was uncertain where Rowland had been living. He declined to comment further. However, the Washington Post reports that the Department of Corrections knew where Rowland had been living—at the same address listed on the sex offender registry—and that the university officials just didn’t pass along McCluskey’s allegations of harassment. “We have no notification of any of that,” a DOC spokesperson, Kaitlin Felsted, tells the Salt Lake Tribune.

“She blocked his and his friends’ phone numbers and complained to University of Utah police that she was being harassed. Last night a little before 9 PM, she was returning to her university apartment from her night class and talking to me on the phone. Suddenly, I heard her yell, ‘No, no, no!’” McCluskey’s mother writes. She stayed on the line while her husband called 911, and another young woman ultimately picked it up to tell her that her daughter’s belongings were on the ground. Lauren was found dead in her car. “Lauren was a senior student athlete on the University of Utah track team. She was an outstanding student majoring in Communication and was excited to graduate in May 2019. She was dearly loved and will be greatly missed.”

In one of Rowland’s hearings, as cited by the Post and the Tribune, Rowland said he was attracted to younger—and underage—women, and admitted that “every woman I met or that I came across, I used my manipulation tactics to get what I wanted.”

According to a 2017 Centers for Disease Control and Prevention study, 55% of murders of women happen at the hands of current or former partners. McCluskey’s death is a terrifying reminder that even every necessary precaution we’ve been raised with—to always report the first sign of threatening behavior, to block our harassers, to stay on the phone while traveling late at night—won’t protect us if authorities won’t take women’s concerns and warnings seriously.

The Capital Gazette Shooter Had A History Of Harassment And Stalking: Link Roundup

The Parkland School Shooter Had A History Of Abusing Women, Like Most Mass Shooters Do

Tags: violence against women , Utah , Lauren McCluskey , Melvin Rowland
Support Feminist Media!
During these troubling political times, independent feminist media is more vital than ever. If our bold, uncensored reporting on women’s issues is important to you, please consider making a donation of $5, $25, $50, or whatever you can afford, to protect and sustain BUST.com.
Thanks so much—we can’t spell BUST without U.