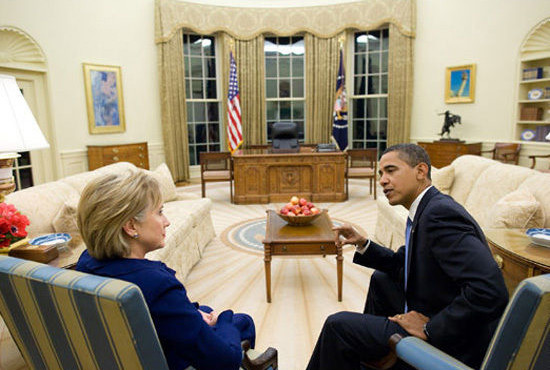 On late Tuesday and early Wednesday, explosive devices were sent to the private homes of Hillary Clinton and Barack Obama, both of whom remain Secret Service protectees. According to a statement given by the Secret Service, the packages were detected as explosive devices—later identified as pipe bombs—immediately during normal screening procedure, and did not make it into either residences. In a statement to the New York Times, the Secret Service said they “initiated a full scope criminal investigation that will leverage all available federal, state, and local resources to determine the source of the packages and identify those responsible.”

Six suspicious packages so far were found this week, and more are being found. The first pipe bomb was found at the home of George Soros, a billionaire philanthropist and liberal donor, on Monday. The CNN offices received an explosive on Wednesday, morning where there was a complete evacuation the building. Later on Wednesday, a fifth device addressed to Obama's attorney general, Eric H. Holder, Jr., was found in the offices of Demoratic National Committee chairwoman Debbie Wasserman Schultz, who was listed as the return address. On Wednesday afternoon, a sixth device addressed to Senator Maxine Waters was intercepted at a Congressional mail facility. All recipients of the bombs are frequent targets of Trump's criticisms. Also on Wednesday afternoon, New York Governor Andrew Cuomo said his office had also receive a suspicious package, but law enforcement said it was unrelated to the bombs. 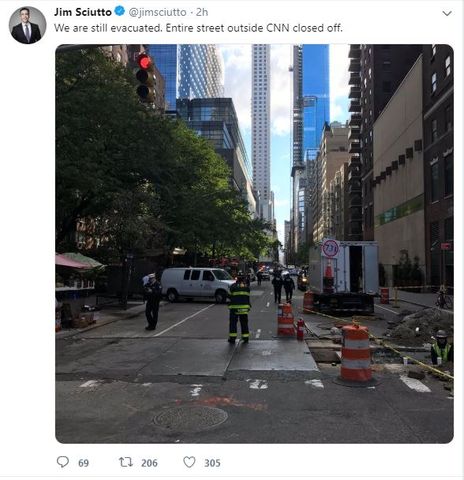 Soros is political activist and has his own philanthropic organization, the Open Society Foundation, which works all over the world to establish democracy and human rights in hundreds of countries. He is often targeted by right-wing groups, who are currently spreading a conspiracy theory that he is funding a caravan of migrants traveling from Mexico to the United States. The explosive that Soros received was made of a six-inch pipe filled with explosive powder.

According to CNN correspondent Jim Scuitto, the NYPD said that the device sent to CNN was a "live explosive device," and that CNN was also sent as an envelope containing white powder. The New York Times reports that the bomb was addressed to John Brennan (a former CIA director during the Obama administration, who is a contributor to MSNBC, not CNN). The pipe bomb was removed, and the evacuation was precautionary. According to Scuitto, the NYPD believes that all of these cases are linked and have been committed by an individual or group.

Prominent Democrats and one of the largest global news networks almost get bombed, but there is currently no lead and no person(s) has stepped up to claim responsibility. There is no firm grasp on the person or group who committed the crime—but it's worth noting that, as the New York Times puts it, the targets have all "often been the subject of right-wing ire." Trump, Pence, and other members of the White House have issued statements condemning violence and an investigation is ongoing. No one has yet been harmed, but many are affected by the implications of such a violent threat (potentially towards an entire political party).