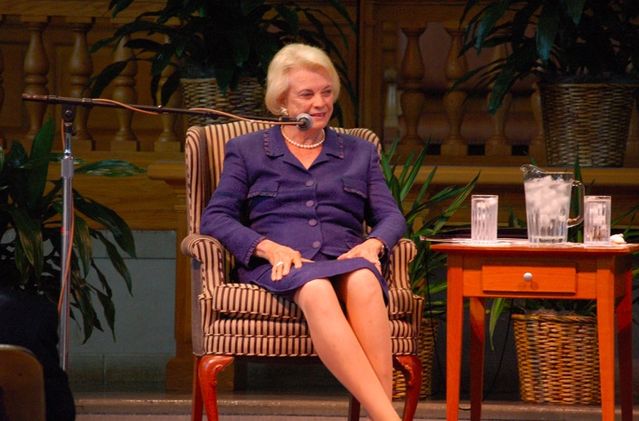 In a statement released today, former Supreme Court justice Sandra Day O’Connor announced that she will be retiring from the public eye following a diagnosis of the early stages of dementia and possibly Alzheimer’s disease.

“As this condition has progressed, I am no longer able to participate in public life,” O’Connor said. “I want to be open about these changes, and while I am still able, share some personal thoughts.”

In her statement, O’Connor went on to explain the importance of getting involved in civic engagement and teaching young people in America about our government and country. “I feel so strongly about the topic because I’ve seen first-hand how vital it is for all citizens to understand our Constitution and unique system of government, and participate actively in their communities,” she wrote. “It is through this shared understanding of who we are that we can follow the approaches that have served us best over time—working collaboratively together in communities and in government to solve problems, putting country and the common good above party and self-interest, and holding our key governmental institutions accountable.”

O’Connor was nominated to the Supreme Court in 1981 at age 51, and became the first woman ever to take the bench. As a moderate conservative, she often provided decisive votes, NPR reported. Though she left the Court in 2006 to focus on the declining health of her husband, O’Connor stayed active, working as a visiting federal appeals court judge. After her husband’s death in 2009, O’Connor also founded iCivics, a free online educational tool aiming to help teach kids about the Constitution, the government, and the justice system.

“Today, iCivics reaches half the youth in our country. We must reach all our youth, and we need to find ways to get people—young and old—more involved in their communities and in their government,” O’Connor wrote. “I can no longer help lead this cause, due to my physical condition. I look forward to watching from the sidelines as others continue the hard work ahead.”

As Senator Kamala Harris said best on Twitter, “Sandra Day O’Connor paved the way and showed young girls everywhere that they too could grow up and become a Supreme Court Justice.”

The retired justice will be spending the rest of her life with her family in Phoenix, A.Z.