Companies Are Putting Pregnant Women At Risk For Miscarrying, And It's Totally Legal 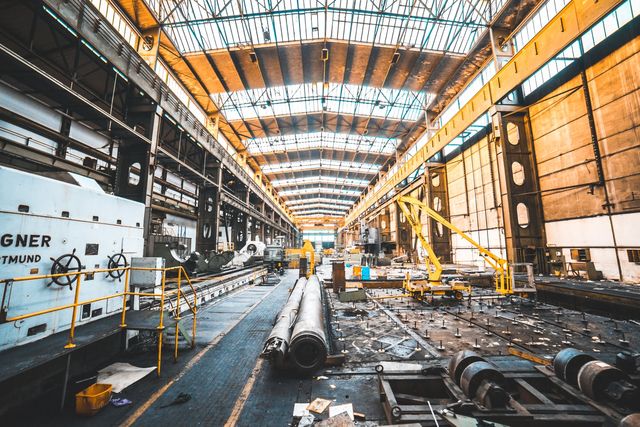 Warehouses across the country employ over a million Americans. They’re among the fastest growing workplaces, with a high demand for jobs. The frenzied popularity of Amazon Prime and its same-day delivery has bred increased competition amongst retailers, demanding two of American capitalism’s most cherished virtues: high speed and low costs. However, for many workers, particularly those who are pregnant, the extensive volume of shipments and strenuous working conditions have resulted serious consequences regarding their physical and emotional well-being.

The New York Times published a stunning investigation on a Memphis-based Verizon warehouse, where multiple women suffered miscarriages due to strenuous physical requirements. Inside the warehouse, workers arrange boxes that can weigh up to 45 pounds. There is no air conditioning and people often faint as temperatures can reach over 100 degrees. The women had all requested lighter workloads and brought in notes from their doctors prescribing as such. Yet, their supervisors dismissed the letters and requests.

The New York Times examined numerous public records involving cases of pregnancy discrimination that resulted in miscarriage, preterm labor, and even stillbirth after employers ignored their repeated calls for help. While disturbing and callous, the refusal to accommodate pregnant women is legal under federal law, and even though 23 states have passed laws that are stronger than current federal protections, upgrading the Pregnancy Discrimination Act has been slow.

The Pregnancy Discrimination Act is 40 years old and contains four paragraphs. It is the only federal law intended for the protection of pregnant women in the workplace and states that a company must accommodate pregnant workers’ requests only if the same is being done for other employees who are “similar in their ability or inability to work.” In other words, if no one’s allowed a break, then neither are pregnant women.

The Verizon warehouse is currently owned by XPO Logistics, which abides by these protocols, employees have told The New York Times. In a particularly disturbing incident, Linda Neal, a 58-year-old woman, died of a heart attack, after repeatedly mentioning that she felt ill. Employees have since said on Facebook and in interviews that supervisors told them to continue their work as the woman’s body remained motionless on the warehouse floor.

In a statement to The New York Times, a spokesperson for XPO, Erin Kurtz, affirms the company allowed workers to leave for the day Neal died, adding the Teamsters, a group trying to unionize the warehouse, "continue to shamefully exploit the passing of our colleague through the spreading of false information." Kurtz also said, “We’re surprised by the allegations of conduct that either predate XPO’s acquisition of the Memphis facility or weren’t reported to management after we acquired it in 2014,” and the allegations “are unsubstantiated, filled with inaccuracies and do not reflect the way in which out Memphis facility operates."

"It was the worst thing I have ever experienced in my life," said Erica Hayes. Hayes was 23 and in the second trimester of her first pregnancy when she miscarried, after eight hours of lifting boxes. Her boss had sent her to the area of the warehouse that handled bulk shipments, back in December when the warehouse was bombarded with holiday orders. There, she spent her 12-hour shift lifting boxes, some including 20 iPads and accessories.

She kept begging her supervisor to handle paperwork or smaller boxes instead, but they continued to demand she work with the largest shipments. Hayes started bleeding regularly. But every time she left early for an emergency trip to the hospital, she was written up by her supervisor. “My job was on the line,” Hayes said, so she stopped going to the hospital and grew accustomed to bleeding through four maxi pads a shift.

Then, after another grueling 12-hour shift, Hayes rushed to the bathroom. Her jeans became drenched in blood as the bleeding ceased to subside. Co-workers tried to get her into a car bound for the ER, but Hayes had lost too much blood and passed out before she could make it. She ended up being transported by an ambulance, resulting in an invoice from her supervisor for the $300 ride. She never paid the bill.

Working while pregnant is perfectly safe for most women. However, according to clinical guidance recently published by the American College of Obstetricians and Gynecologists, there is “a slight to modest risk of miscarriage” for those with jobs that require hard lifting, specifically if the pregnancy is high-risk. “It’s especially bothersome to me that this is occurring for women in strenuous jobs, given that they are at the most risk of injuring themselves or the pregnancy,” said Dr. Rebecca Jackson, chief of obstetrics and gynecology at San Francisco General Hospital. She told the Times, “When employers ignore these medical recommendations, they are potentially jeopardizing patients’ health.”

Tags: unions , employee rights , pregnancy , discrimination , health , risk
Support Feminist Media!
During these troubling political times, independent feminist media is more vital than ever. If our bold, uncensored reporting on women’s issues is important to you, please consider making a donation of $5, $25, $50, or whatever you can afford, to protect and sustain BUST.com.
Thanks so much—we can’t spell BUST without U.