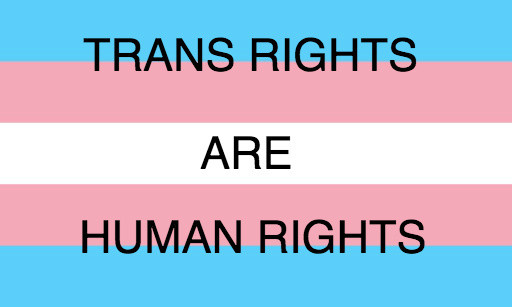 The Trump administration is attacking trans rights. According to a memo obtained by The New York Times, the Department of Health and Human Services is trying to enact a legal definition of sex under the federal civil rights law that bans gender discrimination in education programs that receive government funding, known as Title IX. A series of Obama-era decisions loosened the legal definition of gender in federal programs, acknowledging it as a choice not determined by the sex assigned at birth.

In the memo, which has been making the rounds since this past spring, the department claims, “Sex means a person’s status as male or female based on immutable biological traits identifiable by or before birth. The sex listed on a person’s birth certificate, as originally issued, shall constitute definitive proof of a person’s sex unless rebutted by reliable genetic evidence.” Furthermore, the department asserts that agencies under the government needed to define gender “on a biological basis that is clear, grounded in science, objective and administrable.”

This new definition would erase federal recognition and protection of over one million Americans. While the most aggressive and cruel yet, this isn’t the first attempt the Trump administration has made to eliminate the rights of trans Americans. Back in July 2017, Trump unleashed a series of tweets stating that trans people should be banned from joining the military.

Mara Keisling, the executive director of the National Center for Transgender Equality, says she and her staff planned a response, immediately after hearing news of the memo, and came up with the hashtag #WontBeErased. “What this feels like to transgender people is trying to make us invisible, trying to say that we don’t exist, trying to say that we are nothing,” she tells The New York Times.

The hashtag received a powerful response, with people sharing pictures of themselves and their loved ones all illustrating the same sentiment, that they exist and will continue to do so regardless of the governments narrowing definition. Sarah Kate Ellis, the president and chief executive of GLAAD, told The New York Times, “You saw such a massive response because this attack on trans community is essentially trying to erase the trans community from the face of this country and we’re not going to stand for that.” Below are some of the photos and statements shared by the trans and nonbinary community. 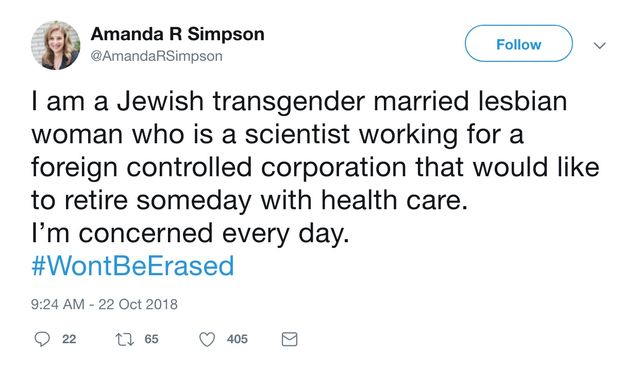 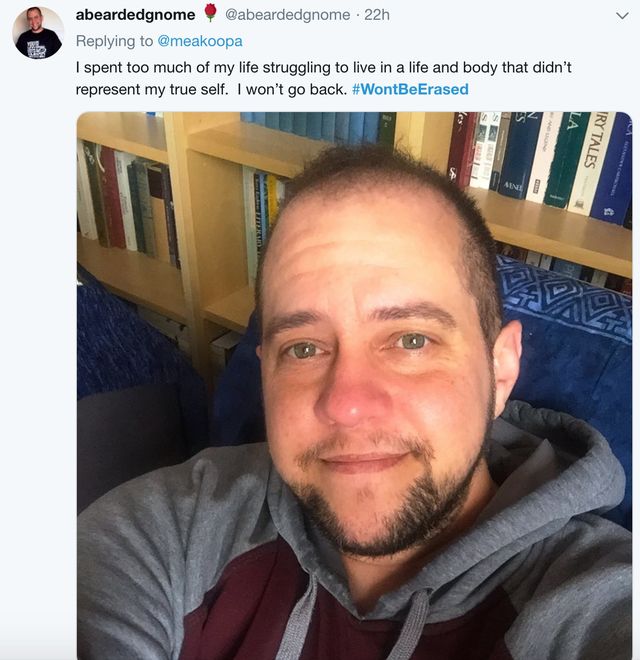 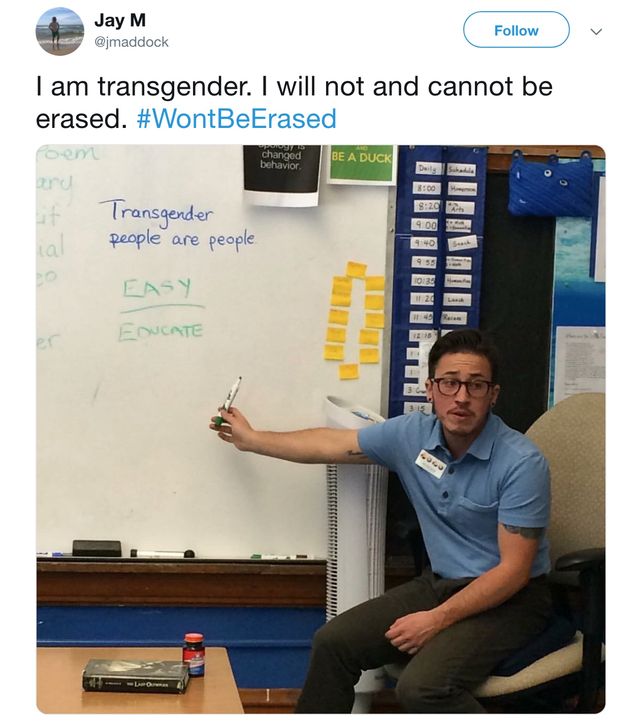 Actress and LGBTQ activis, Laverne Cox wrote, in a series of tweets, “We must not give up the fight. But in the face of this affront on my existence and the existence of my community I choose love not fear. We exist and we always have.” Referencing the history of gender, Cox continued, “In indigenous cultures all over the world, gender existed beyond the binary and folks who we would call trans today held sacred places in those cultures. Western colonialism drove those trans folks to the margins but we have always been here. Marginalizing trans folks is another example of the brutality of colonialism.” She went on to encourage Massachusetts voters to support a referendum that would permit the state’s legislation, which protects trans people from discrimination, to remain implemented. Below is the full thread: 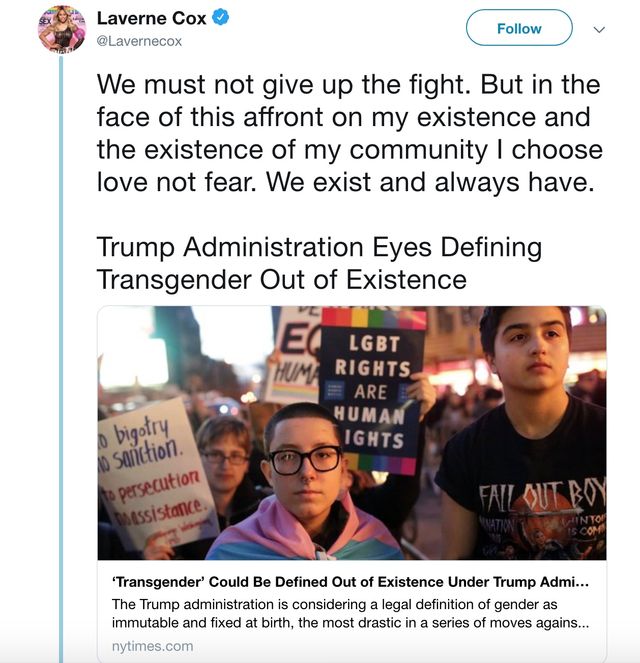 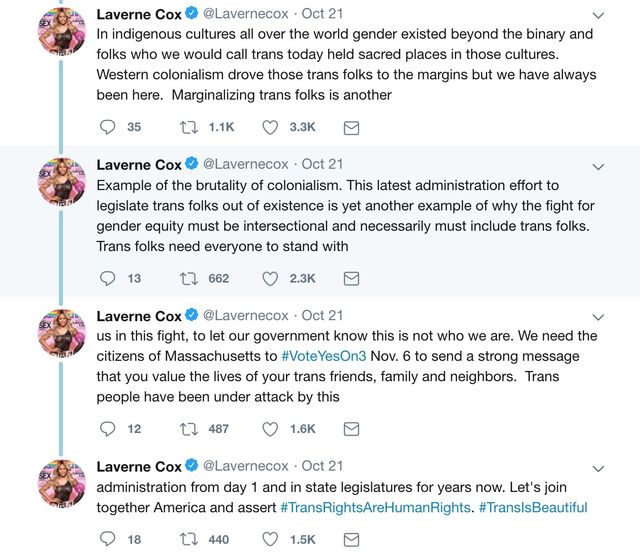 In an op-ed in The New York Times, Jennifer Finney Brown echoes similar sentiments, writing, “I have news for Donald Trump. I do exist. Trans men and women exist. Genderqueer people exist. We have been part of this country for hundreds of years—since before the Revolution, in fact. Redefining us won’t make us go away. It won’t restore your world to its precious, boring binary—which, I hate to tell you, never existed in the first place.”

A rally for trans rights took place in NYC’s Washington Square Park the evening of the Times’ report. Another is planned for today in Washington, but there’s much more to be done. Chase Strangio of the ACLU has outlined a plan of action, listed in Out Magazine, that any supporters of trans and nonbinary individuals will find helpful. From contributing to trans-led organizations to supporting trans journalists to voting, this list provides great options for taking action and taking back power.

God Does Not Belong To The Republican Party