Of Blood And Money: On Elizabeth Warren’s DNA Test 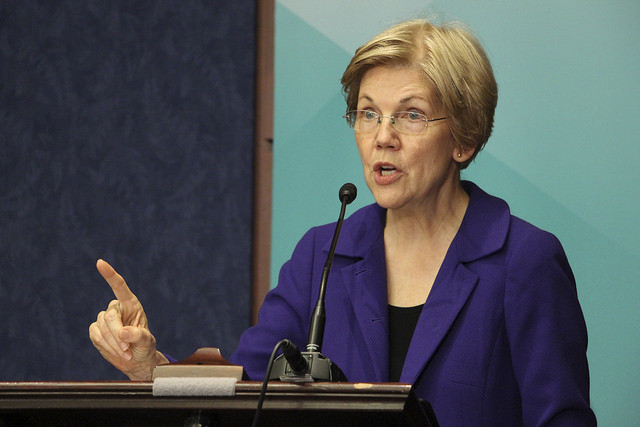 “Hey did you hear? Elizabeth Warren is Native American.”

It’s 6:30 in the morning and I haven’t had tea yet. I generally have a rule that I don’t discuss politics or read the news before I’ve had at least one cup but today, someone else is breaking my rule for me.

“Her DNA results came back. She’s Cherokee or something.”

It’s hard to explain to white people why these types of conversations are difficult to have with non-Natives. Under even the best circumstances, recounting the whole history of blood quantum and its myriad controversies—including the people that get left out in the cold who are just as Native as I am, if not more so in some ways, and the bizarre privilege that I retain and feel as an enrolled member in a federally-recognized tribe that was never fully removed from the land upon which we were placed (although we are hardly “privileged” in the standard SJW sense)—would be emotionally and intellectually draining. My boyfriend tries to understand, as do all non-Native partners of Native activists, but ultimately we accept that he will never fully get it. But that’s something that I go through for him, because I want to be able to tell him what goes on in my life, and to do so without explaining the context would be close to impossible. It’s not something that I am ready to do for every random white person that I meet in my daily life, and especially not one with the audacity to run up to me to share the good news about red sister Liz Warren before I’m even fully aware of my existence yet.

It’s a similar feeling I had a few months prior, when Donald Trump decided that the appropriate time to wade into this conversation would be in front of a group of honored elders, Codetalkers in a war that they fought for a country that didn’t even want them. He did so by continually referring to Warren as “Pocahontas,” a reference to a young Pamunkey girl who was barely a teenager when she was kidnapped by Captain Samuel Argall, her husband murdered by colonists, and her baby given up to the women of the tribe for adoption. Pocahontas was the favorite daughter of chief Powhatan, and she was taken because Argall believed that holding the chief’s beautiful young daughter captive might dissuade them from reacting too harshly against local colonists who would regularly sexually assault the tribe’s young children. Clearly, this is a hilarious story, and one that Trump fully understands the nuances of when he refers to Warren so dismissively.

It probably surprises a lot of people that as a young progressive who loved (and still loves) Bernie Sanders dearly, I have lukewarm at best feelings about Elizabeth Warren. That a group of Native women once requested to have a meeting with her at the Democratic National Convention and she coldly snubbed them without ever offering a follow-up doesn’t seem to register. That her voice was noticeably absent from the conversation about Standing Rock as she perched on the fence, waiting to see how the east coast elite who are her base would respond, is something nobody even seems to remember. That I hate Trump also seems confusing to such people, because obviously the enemy of my enemy is my friend, and if I don’t like Trump then I must obviously love Warren, and vice versa.

The two of them are engaged in a great publicity battle now, with Trump having promised a million dollars to a charity of Warren’s choice, should she prove her ancestry. Warren, knowing of course that Trump would never in a million years actually hand over that money, has taken some sort of DNA test and published it, effectively putting the ball in his court. Once again, we are at the center of a huge conversation that we have no voice in.

As we speak, conversations about the inherent colonial-settler implications of blood quantum are being discussed all over Indian Country — where, that is, people are not preparing for a winter that will be disproportionately difficult for people who cannot afford firewood or new warm clothes and boots for their children. I have already been tagged in posts by several people asking me to explain it to them, as if they were not doing so on the internet where the basics could be easily attained. Some are even saying that this is a gamble Warren never should have engaged in, because all it does is legitimize a system that has never done anything but serve the powerful, as it allows settlers to define for us who is Native and who is not.

Personally, I don’t expect Warren to wade into that particular fight. I don’t expect Trump to latch onto those nuances and use them against her. I don’t expect a conversation to be had about the particular struggles of Native American tribes as these two politicians sling mud at one another—all the while, sitting on top of capital that either or both of them could easily use to make a huge difference in the lives of the people they’re discussing without any real change for themselves. I don’t expect this to change anything, because the truth is, it has absolutely nothing to do with us, even if it is supposedly about us. They don’t understand and they don’t genuinely care, and I don’t actually think that Warren identifies or understands any of the complicated issues she is bringing up with this publicity stunt.

Because it takes more than a DNA test to be Native.

This post originally appeared on Medium and is reprinted here with permission.

Jasmine Neosh is an enrolled Menominee and a Natural Resources student at the College of Menominee Nation. Follow her on Instagram @jasmineneosh and on Medium.

Tags: Elizabeth Warren , DNA test , Native American , politics , Donald Trump
Support Feminist Media!
During these troubling political times, independent feminist media is more vital than ever. If our bold, uncensored reporting on women’s issues is important to you, please consider making a donation of $5, $25, $50, or whatever you can afford, to protect and sustain BUST.com.
Thanks so much—we can’t spell BUST without U.