In Egypt, Women Are Being Jailed for Sharing their #metoo Stories 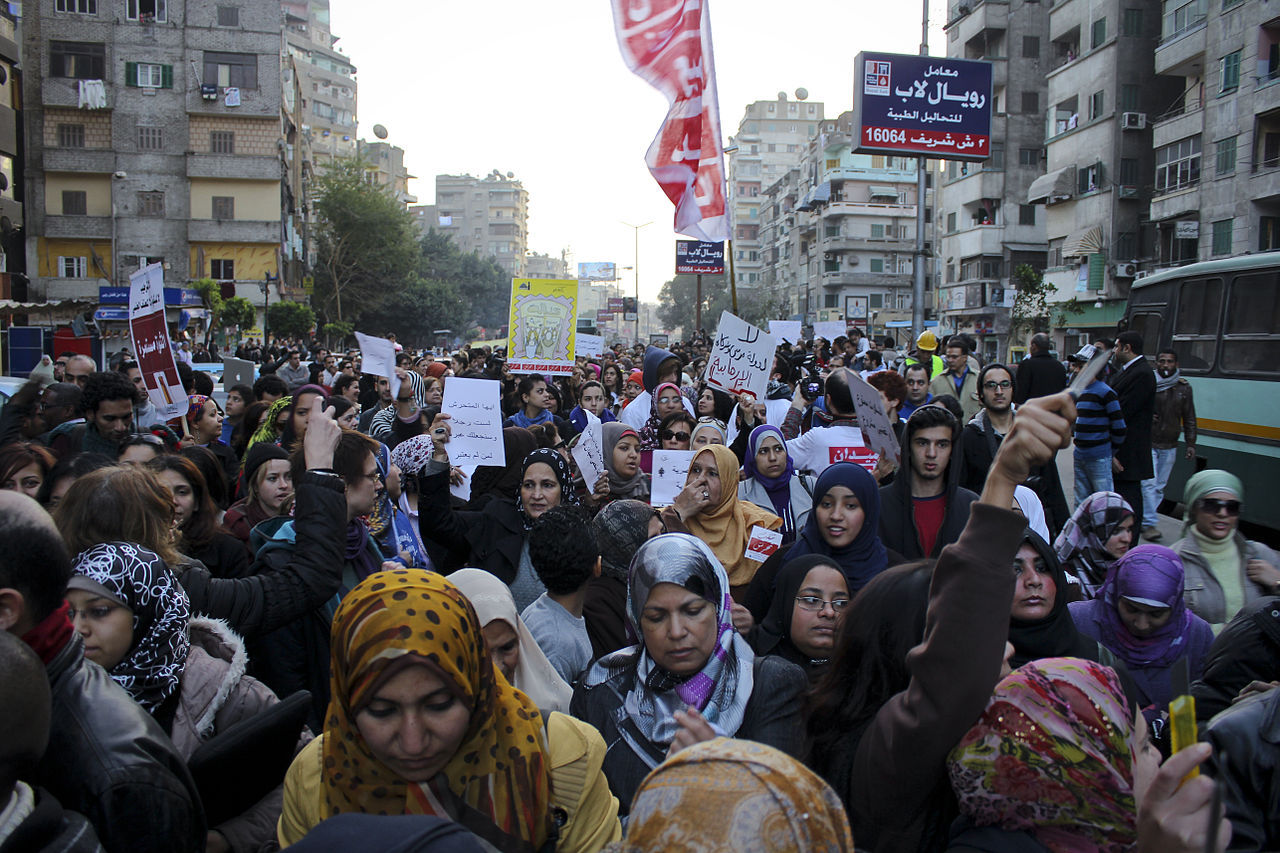 Seven years ago, social media users spurred Egypt’s civil war. Now, one woman’s disparaging post on Facebook has landed her in a Cairo jail cell. A recent feature in WIRED details the plight of Mona Mazbouh, a 24-year-old from Lebanon who was visiting friends in Egypt.

In a Facebook video, uploaded to Mazbouh’s private account, Mazbouh railed against the sexual harassment she experienced in Cairo, which was designated by a Thomson Reuters Foundation poll last year as the “most dangerous megacity in the world for women”.

The following day, her post had gone viral. Concerned friends feared for her safety. Death threats flooded the video’s comments. A month later, Mazbouh was in a jail cell. She was sentenced to eight years in prison, convicted of "deliberately broadcasting false rumours which aim to undermine society and attack religions.”

Mazbouh’s ordeal is one example of the Egyptian government’s crackdown on women who protest sexual harassment through social media. This past summer Egyptian President Abdel Fattah al-Sisi’s signed legislation giving the government control of websites critical of the government, under the guise of targeting “false news”. Under these laws, even visiting a flagged site can warrant an arrest. Social media users with over 5,000 followers are treated as media organizations on pair with major publications – thus subject to censorship.

The broad security laws have swiftly targeted women attempting to bring #MeToo into Egypt’s digital conversation. According to the Wall Street Journal, in May Egyptian actress and activist Amal Fathy was also arrested after she posted a video to Facebook.  In the video, she curses Egypt and protests her harassment by a Cairo police officer. Fathy was charged with illegally possessing “indecent material” and, like Mazbouh, of spreading “fake news.”

This is a stark difference to role Facebook and Twitter played during the Arab Spring in Egypt. In 2012, the Facebook page, “We Are All Khaled Said” — created to protest the killing of 28-year-old Khaled Said, who had been beaten to death by the Egyptian police — gathered 250,000 likes. Their outrage culminated in the historic rally at Tahrir Square in downtown Cairo, a pivotal protest leading to the resignation of President Hosni Mubarak.

Social media proved an oasis, and rallying point, for the anxieties of the Egyptian generation coming-of-age during the Arab Spring. Abdel Fatah al-Sisi gained power in 2013 after the military coup with substantial support the aftermath partly from women hungry for reform. In his early presidency, he promised to crackdown on sexual harassment in Egypt’s cities. In 2014, he even visited a woman who had been attacked in in Tahrir Square by a group of men celebrating his inauguration.

That same year, the government passed a law making sexual harassment punishable by up to five years in prison. Despite the criminalization, Al-Jazeera reports many women feel the law is not widely enforced. A UN survey in 2013 reported that 99% of Egyptian women had experienced a form of sexual harassment. Though, according to the Guardian, Maya Morsy, the president of the national council for women, has claimed only 9.6% of women in Egypt have faced sexual harassment. Another poll conducted by the UN reports that almost 65 percent of men acknowledged harassing women.

It’s an apt time for Egypt to have its own #MeToo Movement, but the current regime has proved outcry can expect retribution.

Tags: Egypt , Facebook , censorship , Mona Mazbouh , #metoo
Support Feminist Media!
During these troubling political times, independent feminist media is more vital than ever. If our bold, uncensored reporting on women’s issues is important to you, please consider making a donation of $5, $25, $50, or whatever you can afford, to protect and sustain BUST.com.
Thanks so much—we can’t spell BUST without U.