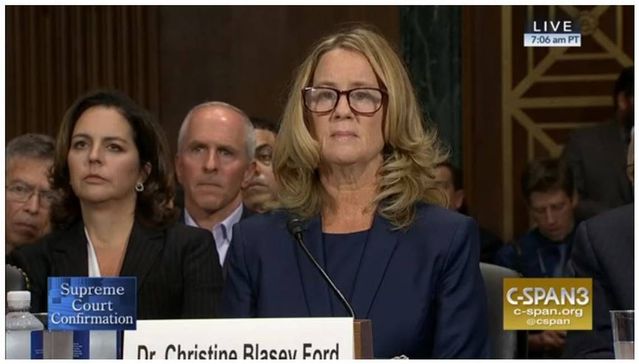 Speaking up doesn’t always mean you’re listened to. And just because someone is listened to does not mean that they’re heard. This seems to be the message the senate is giving survivors of sexual assault like Dr. Christine Blasey Ford. Recently, as I attended the world premiere of Dutch composer Louis Andriessen’s orchestral work Agamemnon, I was reminded that throughout history, women have spoken up and no one has listened. As the final “notes” of Agamemnon sounded at the New York Philharmonic, Kassandra, the Trojan Princess who foresees her own death though no one will believe her, speaks. The music stops, Kassandra stands front and center, and tells her own story.

During this performance, the stage, set for a symphony, holds a few oddities. Onstage there are two pianos, an electric guitar and electric bass, as well as a drum kit, as if a jazz ensemble were playing with the orchestra. But perhaps the strangest addition might have been the woman sitting silently, with no instrument, next to the piano. That woman is Julie Kenn de Balinthazy, who plays the always-ignored Kassandra from Greek mythology. She sits silently next to the piano as the orchestra plays on. She sits, waiting, as Agamemnon booms with heavy percussion and Achilles oscillates between playful piano strokes and choppy indecision. Iphigenia, Agamemnon’s daughter, whom he sacrifices early in his journey to Troy, cries out above the orchestra when the airy woodwinds play. And then there is Klytaimnestra, Agamemnon’s spurned wife, who roars onto the scene, interrupting the symmetry of the piece. Still, there is a calm, quiet woman, sitting, just sitting, next to the piano as this newly commissioned symphonic poem plays out.

Finally, after Agamemnon and Achilles have fought their war, after the two other women Agamemnon has spurned have had their say, the orchestra stops. There is no music. And Julie Kenn de Balinthazy stands up. She is Kassandra, and she speaks. She does not sing. She does not act. She only speaks to a silent auditorium. Her words are few and more cryptic than they are uplifting or even cautioning, but the orchestra halts, and we hear nothing but her voice. The words Kassandra speaks, which were written by the Greek poet Aeschylus and translated by the British poet Ted Hughes, indicate that her fate, to die at the hands of her captor and rapist’s wife, is simply the hand she has been dealt: “This is life. / The luckiest of hours / Like scribbles in chalk / On a slate in a classroom. / We stare / And try to understand them./ Then luck turns its back— / And everything’s wiped out. / Joy was not less pathetic / Than the worst grief.”

In the end, even with a voice, Kassandra seems to understand the inevitability of her fate, and so she accepts it. Here, in this symphonic poem, Kassandra gets the last word. However, knowing what’s about to happen, even warning people about what’s to come, doesn’t help her. After Kassandra warns that Klytaimnestra is going to kill Agamemnon and herself, no one listens, no one does anything to help, and so they are both killed. Having a voice doesn’t mean you’re listened to.

Sitting at the symphony listening to this ancient Greek story play out during this world premiere made me feel like I was watching the news about Kavanaugh’s confirmation all over again. The parallels were just too much. In a world where a survivor of sexual assault goes to the floor of Congress to tell her story, where she speaks, and is supposed to have been listened to, only to have her story ultimately ignored, we can see why the story of Kassandra is so pertinent today. Like Kassandra, Christine Blasey Ford spoke up. She used her voice. And like Kassandra, no one listened. Republican senators spoke gravely about the gravity of sexual assault. They were very cautious about not directly throwing blame Blasey Ford’s way. They commissioned an “investigation” and then did not interview most of the people Blasey Ford said would corroborate her story. They did not even interview her. Talk about not having a voice. Then, after the show was over, and a show it was, they did what they had planned to do from the beginning. Like Kassandra, Blasey Ford’s fate was inevitable. Like Kassandra, no one listened.

Greek mythology is littered with ignored women. It’s full of women who cry out, who try to tell their story, only to be disregarded. There’s Philomela, who, after a brutal rape by her sister’s husband, has her tongue cut out so she can never speak of it. Philomela is then turned into a nightingale and sings a very loud song so that she is never forgotten. Still, her story never gets told except in the myth that bears her name.

The story of Kassandra is much too reminiscent of all that’s gone on with the recent Brett Kavanaugh case. The Greek god Apollo falls in love with Kassandra, and to win her over, he gives her the gift of prophecy. But when she spurns his advances, he curses her instead, making it so that no one will ever believe a single thing she says. The story goes like this: Boy likes girl, gives her a present. Girl doesn’t like boy. Boy has a fit and tries to hurt girl as much as he can. Kassandra endures a lot of pain due to Apollo’s curse. She warns the Trojans not to bring that horse the Greeks left at their door inside the walls of Troy. “Beware of Greeks bearing gifts,” she says, and they all laugh. Then she famously foresees her own death. She tries to warm people that she’s in danger, and again no one listens. No one cares. 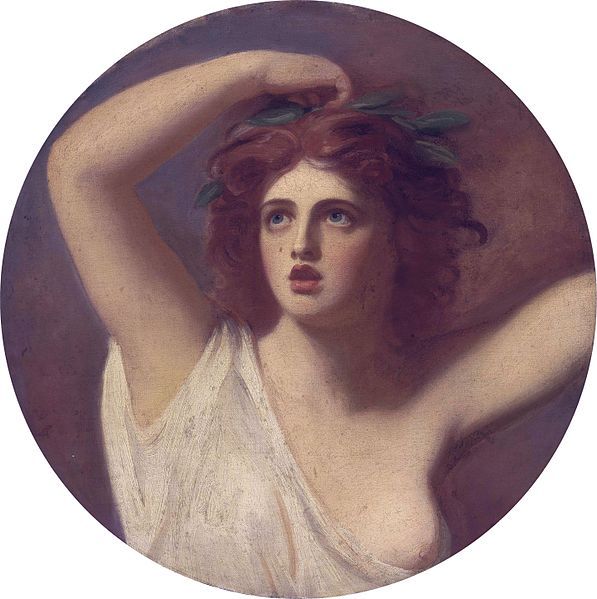 After the Trojan War, Kassandra is brought back to Mycenae with Agamemnon, a Greek king. She is seen as a spoil of war, and the Greeks leave little to the imagination when it comes to what happened to Kassandra. When she reaches Agamemnon’s home, his wife, Klytaimnestra, is waiting to kill Agamemnon and his new prize. Kassandra sees her death and the death of the Greek king coming a mile away, but of course, no matter how loudly she speaks, no one listens to her.

No one listens to her. Kassandra has been a symbol for women who speak up and are ignored for not hundreds but thousands of years. Right now, the parallels to the Kavanaugh confirmation and the sham hearings surrounding Blasey Ford’s testimony are only a reminder that sure, women are allowed to speak. They can say whatever they want. They might even be believed in the abstract. They just won’t be heard—not really. We see this when women speak out and nothing is done about what they say. We see that there are still so many times that when a woman uses her voice, when she speaks and speaks, still it’s as if she’s screaming into the void. Once again, during this world premiere of Andriessen’s Agamemnon, we see the story of a powerful man through the guise of listening to a woman whose voice is ultimately silenced.