In Celebration Of Cellulite, Scars, And Other Seeming “Imperfections” 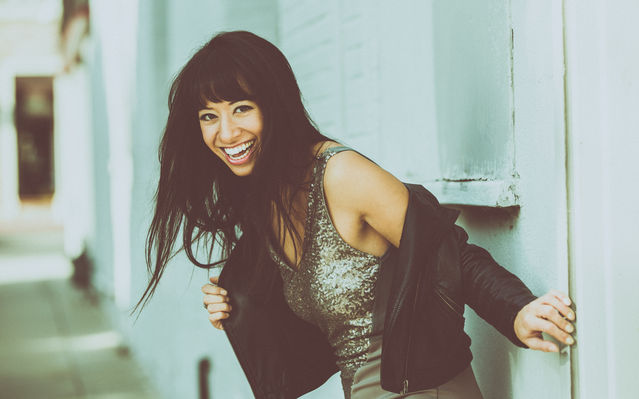 It’s finally happening. The quest for perfection is becoming boring, passé, and an all ‘round snooze-fest.

A decade ago, as an actress living in Hollywood, I would never post a photo online showing what I looked like without makeup, or admit that I had cellulite, rolls on my tummy, or scars on my face. And as a young girl, there was no one who looked like me on TV or in movies, and the perfectionistic ideal of the time was always unattainable.

Like most of the women I know in the industry, I did my best to hide all of the public facing parts of myself that weren’t “camera ready” in order to brand and market myself in a way that would be appealing to “the buyers,” otherwise known as the public at large. Add to that the fact that I’m half-Asian and past what Hollywood would call “my prime,” and you’d think it would be all over for me to have a career in the industry. As a Gen-Xer on the cusp of being a millennial, I’m absolutely relieved that the climate that I grew up in is starting to change.

At San Diego Comic-Con in 2013 I had the great honor of sitting on the All Shapes and Sizes Welcome panel created by Leah Cevoli. The need for diversity, inclusion, and the dismantling of perceived ideals was a conversation that was just beginning on a large scale, and it was an exciting time. Prior to that, in the early 2000s, as social media started becoming “a thing” along with the rise of YouTube, we finally started to see the “man behind the curtain” of pop culture, both figuratively and literally. And with the recent #MeToo and #TimesUp movements, men are no longer able to completely dominate and control the popular narrative.

A paradigm shift has taken place, and women are beginning to truly have a voice and agency. The people who are telling the stories have started to shift. Slowly but surely, female directors are being hired, female writers are having their work produced and are being staffed on shows, casting has started to become more diverse, and women are being sought out as cinematographers, editors, and producers. We are stepping into the forefront, and inclusive storytelling is finally starting to shine. With that comes diversity, variety, and a celebration of all of the things that make us unique: all body shapes, sizes, ethnicities, ages, and abilities. We’ve been force-fed propaganda for so long that it’s much easier to see it all now that we are “woke,” and social media has given us power to dismantle the stereotypes and shape the messages that we see. Differences are now celebrated, longed for, and hopefully soon expected.

A new wave of role models are starting to come to the forefront. Jameela Jamil’s I Weigh movement has over 130,000 followers and thousands of participants growing daily, Riverdale stars Lili Reinhart and Camila Mendes speak openly about body positivity, Celeste Barber shows us the ridiculousness of many aspects of the fashion industry through her incredible comedy, Constance Wu has empowered many Asian women and men championing for representation, and shows like The Bold Type have are showing feminism as a normal way of life, as opposed to a taboo topic.

There are a lot of things that I’ve struggled with over the years: chicken pox scars that have sat on my face since I was twelve years old, thighs that love to house bumps and lumps, and a face of half-Filipino features that have confused people trying to cast me in film and television. But I feel so much more empowered that those things aren’t flaws, imperfections, or downfalls. These traits, and so many others, are what give me strength and help to define me as a wholly unique individual.

Helenna Santos is an actor, writer and producer with Mighty Pharaoh Films. Her latest project, the feature film At Your Own Risk, is now available on iTunes. She is the Founder and Editor-In-Chief of "Ms. In The Biz" and can often be found on panels at conventions such as San Diego "Comic-Con. Follow her on Instagram and Twitter, and feel free to send her photos of your puppy dogs, that makes her heart happy.

Tags: personal essay , Helenna Santos , body positivity , representation , Hollywood
Support Feminist Media!
During these troubling political times, independent feminist media is more vital than ever. If our bold, uncensored reporting on women’s issues is important to you, please consider making a donation of $5, $25, $50, or whatever you can afford, to protect and sustain BUST.com.
Thanks so much—we can’t spell BUST without U.