An Emergency Self-Care Plan If Kavanaugh Is Confirmed 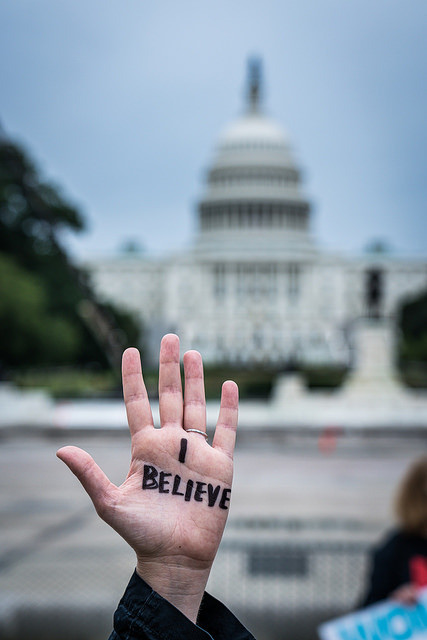 Resentment and fury ran high as the Senate voted to advance Brett Kavanaugh’s Supreme Court nomination to a final confirmation vote. Democratic efforts to continue to debate the nomination were defeated 51-49 this Friday morning. This vote comes after the Senate was given an FBI report on the sexual assault allegations, which Trump ordered due to pressure from Republican senators. The report, which concluded that no one could confirm the allegations from Dr. Christine Blasey Ford and Deborah Ramirez, has been widely criticized. Democrats argued that agents failed to contact other witnesses.

While this is a significant hurdle towards Kavanaugh being appointed to a life-time position on the Supreme Court, there’s still a chance lawmakers could vote differently and Republican Senator Susan Collins of Maine said she would consider doing so by 3pm today, reports the Chicago Tribune. These two past weeks have been painful and exhausting. If you’re feeling emotionally gutted right now, you are not alone. We are with you. If you’re terrified of feeling paralyzed with hopelessness in the unfortunate event Kavanaugh is confirmed, make concrete plans to do something that will fulfill you.

Self-care is essential this weekend, and by self-care I mean doing whatever YOU need to do to feel safe. So much of the time, we’re in a mental battle over what we should be doing and how we should be helping and how we should always know what’s happening. And while activism is undoubtedly needed, the pressure to always be doing something can highlight feelings of inadequacy. As women we are well acquainted with the notion of ‘I am not enough.’ So whether you are a survivor of sexual assault or an ally, please don’t feel guilty if the constant stream of news is becoming too much, you are fully within your right to turn it off.

However, if you are able to protest this weekend, please do. If you can, keep calling your senators. The number for the Senate switchboard is 202-224-3121 and this website will help you find your reps. Additionally, you can also donate to the "Rapid Response Fund" created by the organization, March On, to fight back in the immediate aftermath of the vote. Do whatever you can to help but also do whatever you can to find some peace. Spend time with friends and loved ones. Wear things that make you comfortable. Read a book. Snuggle with a cute animal. Order that second Frappuccino. Get a yourself a blowout. What’s important is that you make a plan to take care of you. This doesn’t make you indifferent. It makes you more prepared to continue to fight. So rest up and then, if you haven’t already done so, register to vote.

Header image via Mobilus In Mobili