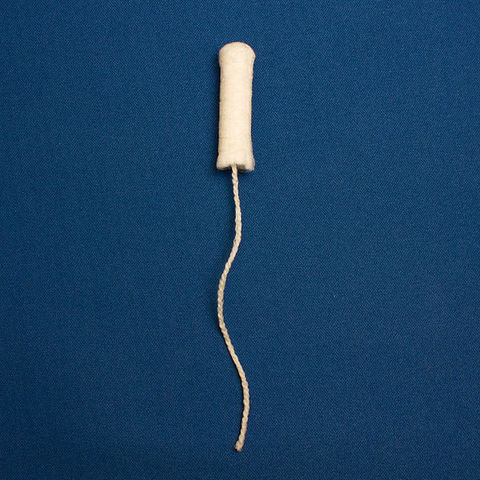 Earlier this week the "tampon tax" in Australia was repealed after 18 years of protest. Many women, the BBC reports, began their celebrations on Wednesday, October 3.

In 2000, the Australian government introduced a 10% goods and services tax (GST) on all sanitary pads and tampons on the basis that they are ‘luxury’ or ‘non-essential’ items. The then minister of health, Dr. Michael Woodridge, believed that only products which prevented disease should be exempt from the GST, but more cosmetic items should not. When asked by Australian Broadcasting Corporation if tampons should be taxed while items like condoms are not, Dr. Woodridge responded, “Well, condoms prevent illness. I wasn’t aware that menstruation was an illness.”

Nearly twenty years later and the protests opposing the "tampon tax" have not faltered. Over 90,000 people signed a petition against the tax in 2015 and a rap video was produced by the campaign that same year.

Newly elected Prime Minister Scott Morrison has been working to repeal the tax levy for months. He was vocal in his previous role as a treasurer that when it came to the GST, voting against it shouldn’t be a hard decision. “It’s an anomaly that has been built into the system for a long time,” he told The Courier-Mail, “the states have decided to hold onto the money instead of getting rid of it.” Morrison believed that the tax should have never been placed on feminine products in the first place.

According to The Guardian, the deputy Labor Leader, Tanya Plibersek, was not too worried about the repeal either. She discovered that if the GST were to be applied to 12 natural therapies, like herbalism and naturopathy, the finances lost from sanitary products would be easily regained. In fact, there was already procedure in place to ensure the economic security of all the states and territories. All that was needed was a unanimous vote to pass the opposition.

Other politicians, like Senator Janet Rice, had always been an activist, openly expressing her opinion on the matter. “We’ve been taxed on our biology long enough. This sexist and unfair tax needs to go.” The vote came in October 2. 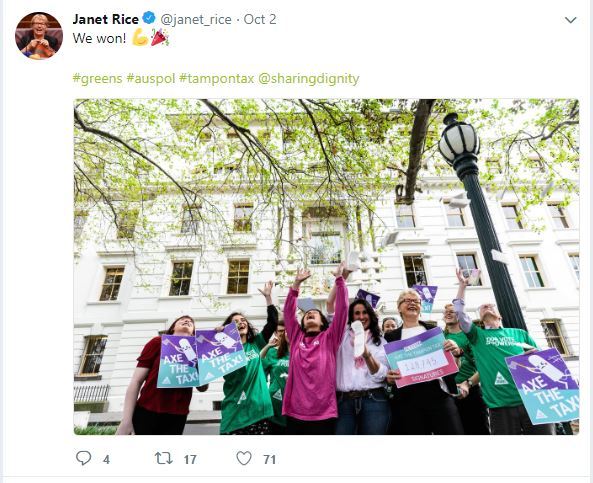 Canada dropped its tax in 2015. India dropped its 12% tax on sanitary products in July of 2018. The U.K. continues to have a 5% tax for sanitary products, but the country’s activists continue to resist and let their opinions flow. Find out how much you spend on 'tampon taxes' with this Tampon Tax Calculator from BBC.

"Period: Twelve Voices Tell The Bloody Truth" Shows Why We Need To Talk About Menstruation

Tags: Australia , tampon , tampon tax , feminine hygiene , periods , politics , women's rights
Support Feminist Media!
During these troubling political times, independent feminist media is more vital than ever. If our bold, uncensored reporting on women’s issues is important to you, please consider making a donation of $5, $25, $50, or whatever you can afford, to protect and sustain BUST.com.
Thanks so much—we can’t spell BUST without U.