I Did Report My Rape—And This Is What Happened 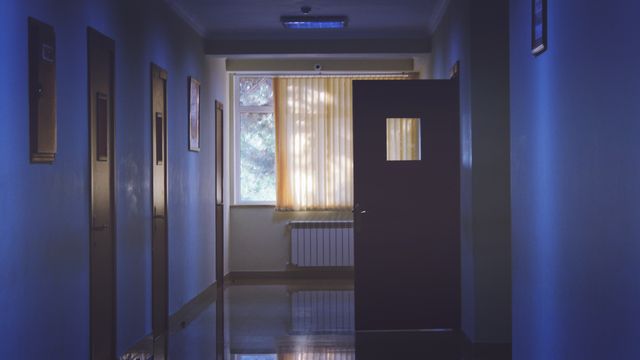 The burly detective leans back in his chair, completely relaxed on one of the most important days of my life. He stares obviously at my tits as he tells them, “We have decided not to prosecute. The rape kit concluded that there was no rape, that the sex was consensual.”

I stare dumbfoundedly. Years later, I still wish I had found the exact right thing to say to express the contempt, the shame, the rage. Instead, I shoved it back down, choked on it. Just like the good girl my parents made certain I would turn out to be.

See, I knew better. Even then, I knew better. I was a Feminist Studies major, for God’s sake. I knew then, as I know now, that a rape kit exam cannot prove that a rape has not occurred. If there is semen, as there was during my rape kit exam, then penetration has conclusively occurred. That is all a rape kit exam can prove. Even if there is no bruising, no tearing, no obvious scar tissue, that proves very little—in my case, it validated my story that my rapist held a knife to my throat.

In fact, as I am a lesbian for whom penetration is tremendously painful due to a condition caused by pre-existing sexual trauma, the presence of semen almost conclusively indicates that a rape has occurred. Unfortunately for me, Mr. Misogynist over there—the kind of man for whom my breasts were more important than my face—had decided to ignore all of his police training and instead rely on what he thought he knew about me. This is the same man who later told me that I had been “partying” with my rapist in the woods, though at that point, I’d only been drunk twice in my life and the “party” in question was a potluck with ten other people present.

That moment, that horrible humiliating moment, is when I stopped being a person. That moment is when I turned into The Girl With All the Rapes.

I discovered that the same people who had reassured me up and down just one year prior that I was not responsible for the sexual abuse I grew up with, that as a five- and seven- and nine-year-old I could not possibly be held accountable for my sexual assaults, all decided that as a grown-up, I should have known better. My best friend, the same woman who physically held me during my sobbing over the ongoing childhood abuse, told me flat-out she did not believe my story.

My community invited my rapist and I to attend a town meeting, where we could go head-to-head with our conflicting accounts. When I did not show up, that same community kicked me out. A friend, one of the first people I told, made herself responsible for fielding requests from this community for more information; this self-selected role so exhausted her that she decided that she did not believe me after all, and ended our two-year friendship over email. Her friend, who I did not even personally decide to tell, shared the story with every person he knew up and down the California coast.

And I became The Girl With All the Rapes. To everyone I knew.

Strangers came up to ask how I was doing, with that knowing tilt to their heads. Every piece I wrote for every creative writing workshop became about rape, somehow, without any conscious choice on my part, and no participant ever looked at me the same. Even as I tried to muscle through, convinced myself that my life should not be affected by this thing that was so random and arbitrary and had nothing to do with me as a person, my life changed.

Trust disappeared. I lost every friend I had left. Around that time, one of my best friends decided she could no longer be around her because I reminded her of the abuse she might have suffered at her father’s hands, and she didn’t want to go there. She told me in a grocery store, and then she was gone.

The DNA collected from my rape kit sits on a shelf somewhere, lost like so many others.

Since then, I do not allow people to touch me. I hug my friends, I let them hug me. I smile. I look like a real person. But something is missing, and I do not know how to get it back.

Since I reported, I have become a statistic, a footnote to a broader history of sexual assault and abuse, vulnerable young women, poverty, vulnerability, police misconduct. The DNA collected from my rape kit sits on a shelf somewhere, lost like so many others. My rapist roams free, and he did not terminate his time sleeping in the woods just above a campus occupied by female students. He had no job and nothing to do with his time but prey on girls like me. Some of my friends later told me that, knowing my rapist and other young-ish white men like him slept in those woods, my friends no longer felt safe to walk there. We lost territory, inch by inch, on one of the most liberal campuses in the United States. To the campus that shifted their Women’s Studies department to Feminist Studies because they wanted to empower young women like the woman I used to be.

I reported because I wanted to do the Right Thing. I had never reported my childhood abuser, and that knowledge lies like a lump beneath my heart and alters my heartbeat, greets me every day first thing when I wake up. I did not want to carry any further burdens that were not my own, so I reported.

I did not want to be a victim any longer, so I reported. In return, I was ostracized, humiliated, hated by people I thought I could trust. In return, I lost my way, as a woman, a mammal, a being with a body. I learned to trust no one. I learned to hide in the shadows, to try to disappear. To hug my body tight and be grateful I have one still, to be so grateful for the fact of my survival that I could bring myself to want nothing more, for years. When I got back to my parents’ house for the first time after the rape, though that house had never been a safe place for me, I grabbed a quilt and passed out on the floor of my mother’s study. I dug my fingers into the carpet and I tried to keep breathing while the world spun faster and faster around me, Dorothy’s house spinning through a hurricane, landing in a world she did not know.

I convince myself to this day that it is over, that I have survived. Yet I have not had sex since it happened. I cannot bear a pelvic exam. I squirm when people look at me. When I love someone, I push them away and tell myself I am making a sacrifice to prove my love because I, I am not worthy. I am not the kind of person who is loved, who earns love or deserves love, and it does not matter how many people tell me they love me. It does not matter that my friends seek me out and talk to me and invite me to open up. Love no longer matters to me, because I am convinced, somewhere deep down in my bones, in the muscles around my pelvis that have not untensed for as long as I have been alive, I am convinced that there is something deeply wrong with me.

Ten years have gone by, but I still see my rapist everywhere. I still think about him all the time. I make decisions based on where I think men like him might be. I remember the time my rapist cornered me late at night, when I was all alone, and screamed in my face that he did not rape me, that I was lying. I remember that until my brave friend happened upon us and stepped between us, shielding me with her body, I was convinced that he was going to kill me. I wait for him to emerge from the shadows again, and finish what he started. Some part of me welcomes it.
I did what I was supposed to do. I reported the rape, and it almost killed me. The rape was far from the worst part: the worst part is that as soon as it happened, my voice ceased to matter to almost everyone in my life. My voice ceased to matter even to me, because no one was listening anyway.

Sometimes I do not tell people. Sometimes I just want to be a person, not that girl with all the rapes, not the girl whose body is battle-scarred, the girl who cannot fuck. I want someone to look at me, to truly see me, without thinking of the men who have touched me, who have gotten to me first. I want a love untouched by sexual violence, but such a thing cannot exist.

More Than "Me Too": What Will It Take For You To Hear Us?

Stephanie Beatriz’s New Movie “The Light Of The Moon” Is A Rape Recovery Story That Needs To Be Told: BUST Interview

Ariadne Wolf works at the intersection of ancestral trauma, classic mythology, and feminism. Her creative nonfiction has been published in literary journals Rascal, Helen, Perspectives, etc. and in the anthologies 11/9: The Fall of American Democracy and the recent Sanctuary. Wolf received her B.A. in Women's and Gender Studies and Ethnic Studies from Willamette University, and is currently pursuing her MFA in Creative Nonfiction at Mills College. Wolf plans to further achieve her Ph.D in Media Studies. Her first book, a speculative memoir, follows Wolf's relationship with her mother through childhood sexual trauma, assaults, and a recovery of personal traumatic memories that threaten to tear her family apart. Follow her on Instagram @ariadnewolf and on Facebook @AriadneWolf.Author.