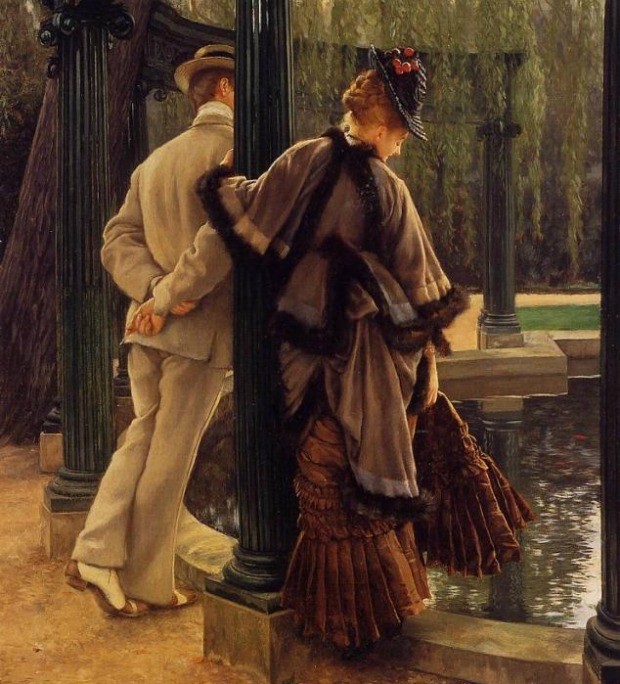 Nobody likes to be shouted at or spoken to in an abusive, combative tone. In the Victorian era, however, such behavior was especially distasteful when engaged in by a man and directed at a woman. Men were generally larger in size and more powerful in position. It was seen as their duty as gentlemen to treat women with respect, whether those women be the lowliest of servants or the grandest of ladies.

Etiquette books of the day offered plenty of advice on the subject of a gentleman’s behavior toward the so-called weaker sex. For instance, in his 1873 book The Gentlemen’s Book of Etiquette and Manual of Politeness, Cecil B. Hartley states that “civility is particularly due to all women,” even those women who were abusive or provoking. He explains, “The greatest man would justly be reckoned a brute if he were not civil to the meanest woman. It is due to their sex, and is the only protection they have against the superior strength of ours.”

This sentiment is echoed in the 1877 book The Ladies’ and Gentlemen’s Etiquette, in which Eliza Bisbee Duffey argues that “a true gentleman” should always be “helpful and protecting to the weak.” As such, “Women—all women, of whatever age or condition—claim his respectful care and tender and reverential regard." 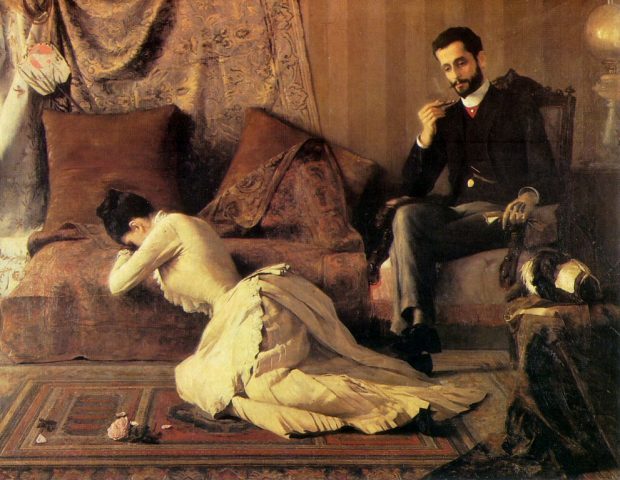 There was no excuse for a man to speak harshly, either to a woman or in the presence of one. No matter the circumstances, a true Victorian gentleman was always supposed to control his temper and moderate his tone. According to the 1889 Hand-Book of Official and Social Etiquette and Public Ceremonials at Washington, “Exhibitions of excitement, impatience or anger in the presence of ladies are a disrespect, no matter what may have happened.”

Gentlemen of fiery disposition were advised to keep a firm hold on their tempers when in company with women. Hartley instructs his male readers, “Learn to restrain anger. A man in a passion ceases to be a gentleman, and if you do not control your passions, rely upon it, they will one day control you.” 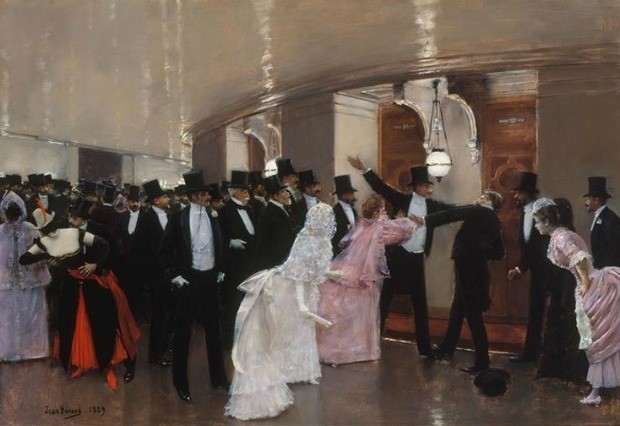 An Argument in the Corridors of the Opera by Jean-Georges Béraud, 1889.

For those gentlemen who needed added incentive to remain civil toward a provoking woman, Hartley offers the following advice: “If you are ever tempted to speak against a woman, think first—‘Suppose she were my sister!'”

Men who verbally attacked women were no gentlemen. Even worse, they were seen as cowardly. The sort of fellows who, according to Hartley, would “absolutely be afraid, to speak against a man, or that same woman, had she a manly arm to protect her.”

Instead, gentlemen were urged to take an almost paternalistic view toward the women they encountered. It was more than refraining from shouting at a woman or holding the occasional door. There were hundreds of little services a Victorian gentleman might perform. Anything and everything, from offering his arm to help a lady cross a street to giving up his seat on a public conveyance.

Today, there is greater (though still not perfect) equality between the sexes. Most women prefer to be treated as equals rather than put on a pedestal. Nevertheless, the sight of a man being verbally aggressive toward a woman still makes many of us uncomfortable. Is it because the behavior is ungentlemanly? Or because—given the physical and power differential—it’s downright abusive? As always, I’ll let you be the judge.

This post originally appeared on MimiMatthews.com and is reprinted with permission.