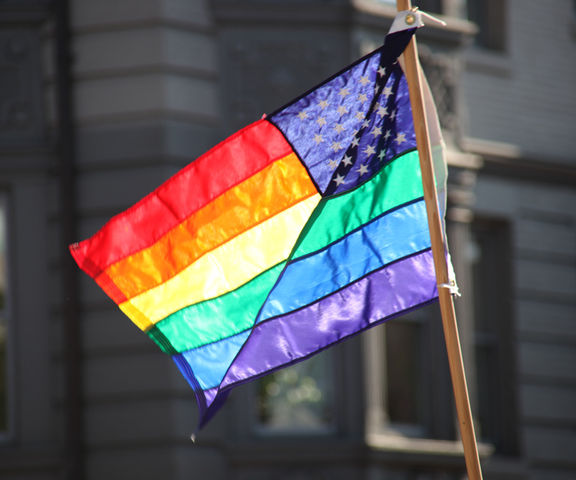 Same-sex couples are once again under attack in the ever-changing terrain of the fight for equal rights. This week, the Trump Administration announced that same-sex partners of foreign diplomats, which includes United Nations employees, will lose eligibility for visas and will no longer be allowed to live in the United States. The only solution? Getting married.

According to CNN, it was also suggested that the new law would not affect very many people. However, the intention of creating equality between same-sex and opposite-sex couples is a guise that obscures the tangible effects the new law will actually have.

Let’s break this down.

The new law states that to stay in the US, all partners of foreign diplomats must get married before the end of the year. This means domestic partnerships also don’t cut it. If couples fail to get married by the end of 2018, they have a short 30 days to leave the US.

Here’s where things get tricky; there are still 73 countries where same-sex marriage isn’t legal, and in some places, is even punishable by law. LGBTQ activists along with many others have heavily criticized this decision. This means that many of those seeking a marriage license to move forward in acquiring visa eligibility will face serious struggles. The Washington Post quotes Rep. Mark Takano, an openly gay congressman, saying:

Denying visas to same-sex partners of foreign diplomats and U.N. officials is a discriminatory reversal of a policy that recognized that not all same-sex couples around the world have the freedom to marry and unfairly targets LGBT families.

Lawmakers spin the intention of creating an even playing field for both same-sex and opposite-sex couples, where all receive equal rights, recognition and roadblocks. What it really does is create a particularly frightening (and confusing) landscape for LGBTQ folks to navigate. To many, the new law may slide under the radar, seemingly innocuous. For others, it will have drastic consequences on their lives and families.

In other news, the passing of this law solidified what we already know: the rights of the LGBTQ community is still under attack. In the midst of these scary times, it remains as important as ever that we stay vigilant in supporting and looking out for one another.