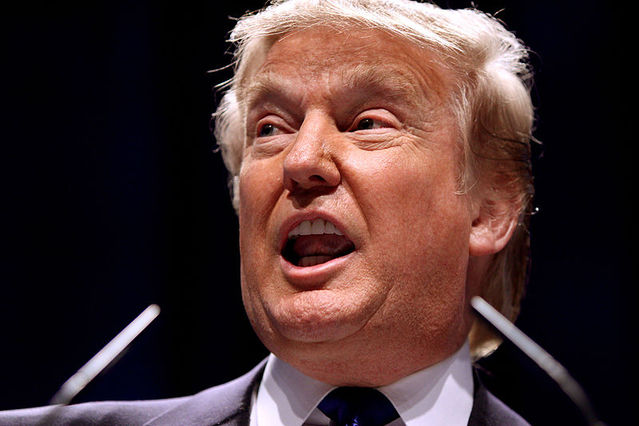 The Journal wrote that, according to several individuals close to the situation, Trump suggested Cohen get a restraining order to prevent Daniels from speaking with the media. He also said that he would pay all costs and that Cohen should work with his son on necessary paperwork, reported NBC.

This is major, since—as Daniels’ lawyer Michael Avenatti wrote on Twitter—the news “describes what we have been saying for months and what Trump and Cohen denied repeatedly.”

This describes what we have been saying for months and what Trump and Cohen denied repeatedly. In the same way Trump is now attacking Julie Swetnick. He is a thug and a liar. https://t.co/VrLmKxu9Ca via @WSJ

Back in January, the Journal revealed that Trump and Cohen paid Daniels $130,000, around the time of his election, to stay silent about the affair, which Trump continues to deny—though Cohen admitted to the hush money and pleaded guilty to multiple federal crimes in August.

But despite Trump’s attempts, Daniels won’t stay silent. Her memoir, Full Disclosure, is out today. In it, she shares the details of her affair with Trump, her thoughts on how it was revealed to the public, and the constant manipulation and harrassment from Cohen and her former attorney Keith Davidson, wrote the Hollywood Reporter. (She also shares some, uh, unsavory information about Trump’s penis.)

After all, as Daniels says in her book’s synopsis: “Standing up to bullies is kind of my thing.”

Tags: Stormy Daniels , Donald Trump , Eric Trump , Michael Cohen , president , feminist , Donald Trump , election , BUST , Powerful , Woman
Support Feminist Media!
During these troubling political times, independent feminist media is more vital than ever. If our bold, uncensored reporting on women’s issues is important to you, please consider making a donation of $5, $25, $50, or whatever you can afford, to protect and sustain BUST.com.
Thanks so much—we can’t spell BUST without U.