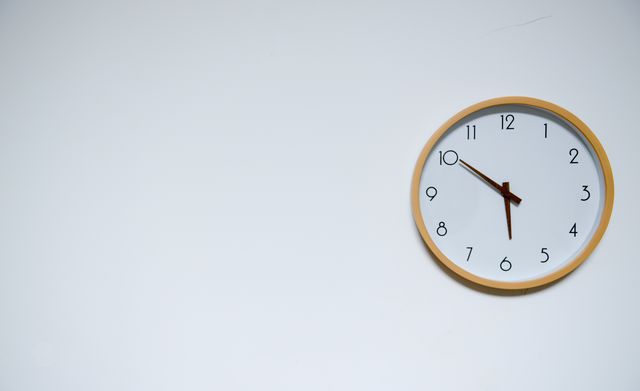 By age 12, my ideas surrounding food had surpassed the base notion of nourishment and developed into a complex system to measure morality. For me, food choices fell into two groups: good or bad, guilt-free or guilt-inducing. At 13, I memorized the caloric information and serving size for every item in my pantry, from soup to nuts. I spent my adolescence and the majority of my twenties on some semblance of a diet. Making choices about food was met with mental apprehension and filled my brain with notions of good versus evil, causing me to live in a constant state of dissatisfaction with my body. Throughout the 15 years I spent dieting, I also learned how to completely distance myself from my natural intuition. I fought hunger and waged war against my bodily impulses. While these behaviors never morphed into a full clinical eating disorder, they turned the daily practice of eating into an anxiety-filled exercise and left me feeling disconnected from myself. Portia De Rossi best summarizes the experience of chronic dieters in her 2010 book Unbearable Lightness: “You don't have to be emaciated or vomiting to be suffering. All people who live their lives on a diet are suffering.”

My experience is not unique; a survey conducted in 2008 by SELF magazine in partnership with the University of North Carolina at Chapel Hill found that 75% of women have disordered relationships with food. Among other things, this involves fearing specific foods, skipping meals, food avoidances, and moral labeling (good versus bad). My thoughts and feelings surrounding food and diet were the unfortunate norm.

I’ve spent the last few years trying to untangle myself from the web of diet culture, holding a mirror to it and examining the harm it causes. During this time, I’ve tried to reconnect my mind and body, which had been separated over a lifetime of worshipping Weight Watchers points, fearing carbohydrates, and never believing my body was good enough. Society does not make distancing yourself from diet culture a simple task. New diet fads pop up regularly, forcing me to momentarily take pause and consider if this one is different and if I should go ahead and jump back on the bandwagon. Undoubtedly, someone I know is trying this new fad and telling me how amazing it is, and for a split second, I’m again blinded by the age-old idea of “better!” We all want to be better, and diet culture promises nothing if a "better body," which in our society always equates to a better life.

I have been shocked with the recent mainstream popularity of intermittent fasting. While intermittent fasting is an umbrella term for a variety of specialized programs (The Fast Diet; fasting and eating to fit specific ratios, such as an 8- or 10-hour eating window followed by a 14- or 16-hour fasting period; consuming a specific number of calories during specified days and/or times), the general idea is to force yourself to eat significantly less frequently, and consume fewer calories. Intermittent fasting is another societal construct teaching women to explicitly distrust their own intuition. The Netflix documentary The Magic Pill primarily explores the Keto diet, but has a short blurb promoting intermittent fasting as a vital additional component to the diet. The documentary states that intermittent fasting is natural for humans because we’ve spent the majority of our existence as hunters and gatherers. It loosely connects this fact with the idea that our bodies can handle being hungry, and attempts to correlate this capacity for hunger with better health. Following this logic, we should stop sending emails, because for the majority of human existence, we wrote things down on paper.

What I find the most horrifying is the availability of reported harmful sides effects of intermittent fasting, and the way in which people are publicly promoting how to fight hunger. A quick Google search produces similar lists of results from endless pages of “helpful hints” websites. The lists on these pages typically suggest a combination of the following: drinking lots of water, chewing gum, occupying your mind, drinking tea, drinking black coffee, drinking diet soda, pushing back breakfast as long as you can, and brushing your teeth. These are the exact same suggestions posted on pro-ana/mia websites in the early 2000s, and likely still exist as part of the underground pro-anorexia/bulimia internet culture. The intermittent fasting tips and tricks pages even come with their own thinspirations, showing svelte-looking people who apparently met their fasting goals. Fasting of any kind has problematic side effects, including preoccupation with food and meals, lower cognitive performance, mood, irritability, sleep disruptions, and decreased alertness.

Teaching women how to listen their body’s instincts will never be as sexy or marketable as the next fad diet. Intermittent fasting is dangerous, especially for women. In a time of political resistance, it’s not often discussed how changing our relationships with ourselves can be viewed as a highly politicized act. Nothing is more radical than tapping out of diet culture and into your own intuition and finding self-love. As women, we know what is inherently right and wrong for us, but frequently we can’t hear this voice over all the harmful noises being screamed at us. Building a strong relationship with yourself will never be fostered by continuing to worry about how much milk went into your morning cup of coffee, or fighting with yourself to push breakfast back by another hour. Our energy is a precious, limited resource. Women need to be finding ways to nourish themselves physically and emotionally, not systematically learning how to deplete themselves. From the gospel of RuPaul, "If you can't love yourself, how in the Hell are you gonna love somebody else?" Or in this political climate, fight for someone else, stand up to injustice, and resist?

Photo by Buenosia Carol via Pexels

Orthorexia And Social Media: What You Need To Know About The 'Clean' Eating Disorder

Portia De Rossi On Eating Disorder Recovery, Coming Out, And Falling In Love: From The BUST Archives

Tags: intermittent fasting , diets , fad diets , eating disorders , disordered eating
Support Feminist Media!
During these troubling political times, independent feminist media is more vital than ever. If our bold, uncensored reporting on women’s issues is important to you, please consider making a donation of $5, $25, $50, or whatever you can afford, to protect and sustain BUST.com.
Thanks so much—we can’t spell BUST without U.