Women in Power Do Things Differently 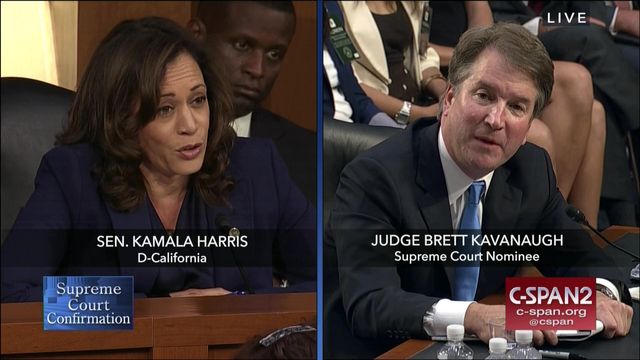 This spring, I attended The United State of Women Summit in Los Angeles where I heard activist Ai-Jen Poo speak about the urgent necessity of gender equity. One particular phrase remains burned into my brain: “When women are in power, we do things differently.” While I intellectually understood what Ai-Jen Poo was saying to be true, only recently have I felt her words resonate on a visceral level.

Existing as a woman during these past few weeks has been exhausting. After days of fighting Trump’s egregiously anti-choice Supreme Court nominee, even more incriminating information has surfaced. Esteemed psychology professor Dr. Christine Blasey Ford has come forward to say that Brett Kavanaugh attempted to rape her at a party in 1982. Since then, Deborah Ramirez came out with similar accusations, and a third woman, Julie Swetnick, backed up both Ford and Ramirez’s claims with the assertion that she witnessed Kavanaugh participating in a gang rape at another 1982 party. On Thursday, America witnessed a visibly traumatized Ford share her story with grace and courage, and an aggressively angry Kavanaugh repeatedly proclaim his innocence to the Senate Judiciary Committee. The hearing left myself and millions of American women shaken and aware of the fact that despite Ford’s moving testimony, the GOP will push forward with a vote.

Hashtags like #WhyIDidntReport and #MeToo are trending on Twitter, and violence against women has become such a huge part of the current dialogue that we can’t even scroll social media without being forced to relive our trauma through the stories of other women.  Some days the rage sits so heavily on my sternum that its presence is almost tangible. Some days I witness my friends struggling with their trauma and can do nothing except squeeze their hands tightly. Some days I am followed twice—once while canvassing on foot, then later that night while driving home from work. Some days the memories of my childhood friends are pressing—the women still trapped in religious fundamentalism; the ones denied jobs and drivers’ licenses and college degrees. Some days I cry as I read my local headlines—another woman murdered by her abusive husband. But on some days, especially when things are really really bad, I am most grateful for women who believe women. And some days, this gratefulness transcends the throbbing anger into joy.

National news aside, this past month has been a difficult one for my friend group. I’ve long been aware of the fact that one in three women will be the victim of sexual violence, but recently this fact has hit painfully close to home.

A group of my closest women friends hosts a women-only comedy show. When we found out that the owner of the club where we were preparing to host our debut show had been accused of rape by multiple women, we instantly pulled the show and found a new venue. Simple.

That same day, two of my women friends found out that the man who was going to be the director of photography for their debut film is also an alleged sexual predator. They instantly fired him and hired a female DP. Simple.

One of my closest friends was roofied and assaulted by the videographer of my city’s megachurch. My friend told her story to the higher-ups, and despite his confession of guilt, they refuse to fire him. When my other friend found out that this predator was shooting a video in her office, she threatened to quit her job if said rapist set foot in her office. Her boss believed her, and because the shoot was canceled, the rapist finally lost his job. Simple.

As my female friends have proved, holding sexual predators for their actions is quite simple.

“When women are in power, we do things differently.”

The men in our lives have consistently apologized for the actions of abusers and refused to stand with women. I sadly suspect that none of our experiences are all that unique. Regardless, we have rallied together in a way that has caused the rapists in our small Midwestern city to face serious consequences. And while my friend group isn’t especially successful or rich or famous, this has not stopped us from utilizing our connections and wielding our power to hold abusers accountable.

Electing women is only half of the battle. The other half is using our power every single day to uplift women and ensure that abusers are held accountable. While Brett Kavanaugh may very well be confirmed, and while Donald Trump may never serve time in prison for his alleged sexual assaults, what keeps me from giving up altogether are the women like my friends—women whose glorious rage ensures that every rapist and abuser in our small town is punished for his actions.

To the men who say that existing as a man in the #MeToo Era is scary, I want you to know that if you are a predator, my friends and I intend to make you even more afraid. We will personally guarantee that you face consequences.

It’s a crushingly difficult time to be a woman but I look forward to the future with great optimism.

“When women are in power, we do things differently.”

Hannah Brashers is a campaign staffer and Missouri-based writer with bylines in Rewire.News, Teen Vogue, Hello Giggles, Pop Sugar and elsewhere. In 2018, you can find her ugly crying over Cher's ABBA cover album or tweeting about Cate Blanchett. Follow her at hannahbrashers.com and on Twitter @hannahbrashers.

Tags: power , politics , Kavanaugh
Support Feminist Media!
During these troubling political times, independent feminist media is more vital than ever. If our bold, uncensored reporting on women’s issues is important to you, please consider making a donation of $5, $25, $50, or whatever you can afford, to protect and sustain BUST.com.
Thanks so much—we can’t spell BUST without U.