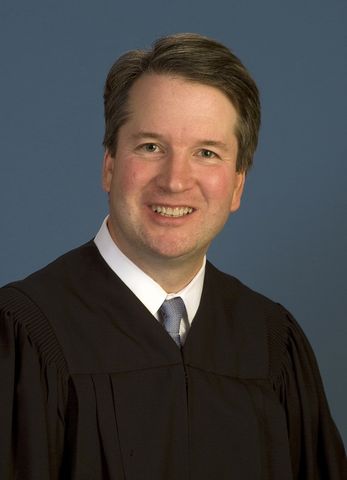 Judge Brett M. Kavanaugh was accused Wednesday by another woman of having taken part in sexual misconduct as a high school student in the 1980s.

Julie Swetnick came forward in Twitter post shared by her lawyer, Michael Avenatti, to say she had witnessed Kavanaugh engage in activities at parties where women were subject to verbal abuse, unwanted touching, and were drugged and raped, The New York Times reported.

Swetnick saw Kavanaugh at numerous occasions during house parties in the Washington suburbs where they both grew up. Swetnick claimed she watched Kavanaugh drink excessively and act aggressively towards girls physically and verbally at these parties, refusing to take no as an answer and spiking the punch bowl with others. Swetnick wrote, “I have reviewed Brett Kavanaugh’s recent claim on Fox News regarding his alleged 'innocence' during his high school years and lack of sexual activity. This claim is absolutely false and a lie.” She also detailed incidents where Kavanaugh lined up outside of a bedroom where numerous boys were “waiting for their ‘turn’ with a girl inside the room.”

Swetnick said she was raped at one of the parties and believes she had also been drugged. Her addition to standing accusations of assault from two other woman comes days after Kavanaugh appeared on Fox News Monday with his wife to verify his history of respectful treatment towards women. When asked if he had ever participated in or had observed gang rape at a party he had attended, he said, “That’s totally false and outrageous. I’ve never done any such thing, known about any such thing.”

Avenatti has demanded a full investigation into Swetnick’s claims as well as an F.B.I. inquiry.

Top Image: Wikimedia Commons/U.S. Court of Appeals for the District of Columbia Circuit