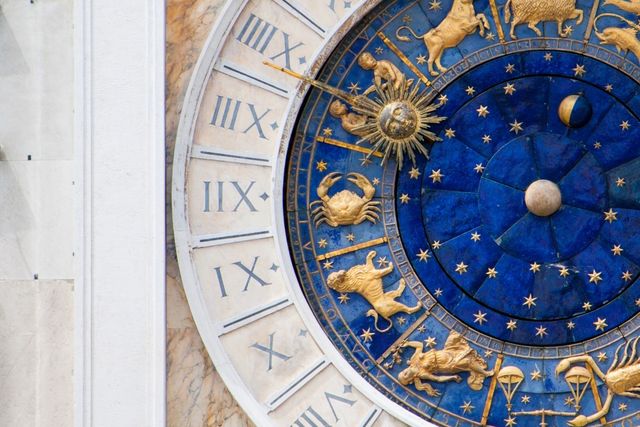 A birth chart is a snapshot of the cosmos at the time of birth. Your birth chart is your cosmic map, holding the secrets to your life’s purpose, destiny, motivations, fears, and hopes—using your birth time, location, and date as the key to opening and unveiling the treasure the birth chart holds. “With this knowledge, we are encouraged to stand in our own truth, our personal interstellar presence, and allow ourselves to grow with every planetary transit,” Kristy Belich (@trustyourglitter) states.

While most of you out there may only be familiar with your zodiac sign, known as your Sun Sign, there is much more to understanding and decoding a personality than the superficial surface of the Sun Sign. Your birth chart consists of houses and planets—all unique to you, which decipher your personality, feelings, relationships, and actions. Your birth chart shows how you relate to and process the world.

To help break down the ominous birth chart, which can be daunting for beginners, I’ve called upon my fellow astrologers. 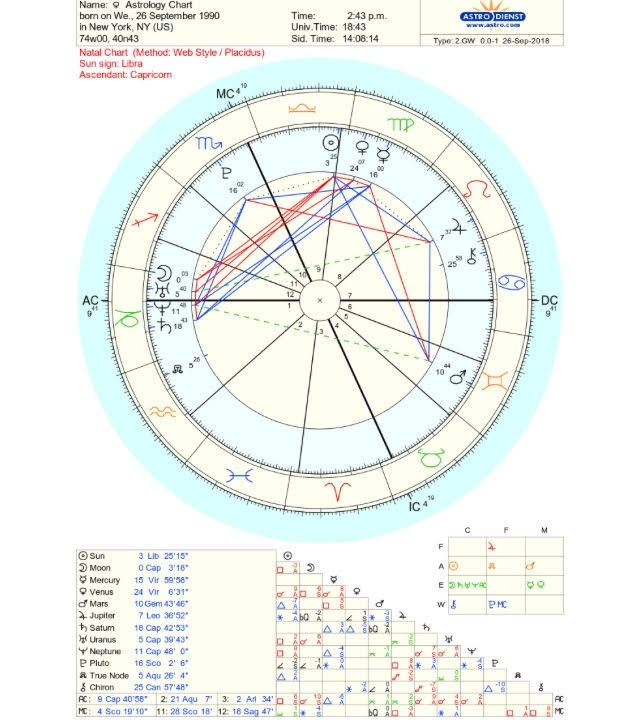 A birth chart consists of 12 houses, all which impose a set of traits (personal, familial, and societal). These houses revolve counter-clockwise in an axis and are set in pairs, each acting as a counterpart to the other, the yin to its yang. When a planet lives in a House, it lights it up with energy and power, allowing us to understand ourselves and predict events.

“The 1st and 7th house axis are fascinating because the first house is the portal to the birth chart, and the seventh house acts somewhat of a portal, too, to the ‘outside’ world in a person’s life— the people they’ll connect with, the places they’ll travel, the mark they will leave on the world. But, in a more practical sense, the 1st house and the ascendent show who we are, our style, our demeanor, the first impressions we give off— the 1st house is who people meet when they meet us. The 7th house describes the relationship dynamic we project onto others that we partner with. Simply, the 1st house is me, the 7th house is you," says Annabel Gat (@annabelgat).

“The 2nd and 8th house axis is about physical reality. The 2nd house is concerned with what you have, including your money, job, and other assets. Part of the lesson of this house is learning to enjoy life with all five senses and be truly present in your body. In the 8th house, you’re asked to let those things go—to become sexually and emotionally intimate, to be vulnerable, to share your resources. You go from building up your self image in the second house to releasing your ego in the 8th. It’s the cycle of birth, death, and rebirth," says Amelia Quint (@themidheaven).

“The 3rd house reveals how we interact with our immediate environment, process information, communication, and weekend adventures. Peeking at this house in your chart can indicate your approach toward learning, and how your mind takes in and responds to its surroundings. The 9th house governs spirituality, higher learning, philosophy, distant travel, and morals. It’s where we broaden our horizons inward and outwardly to expand our minds and shape our core values," says Renee Watt (@rainbowglitterstar).

“The axis of tending to an emotional and sensitive foundation internally is via the fourth house, so you could contribute your excellence to the public responsibility via the 10th house. The fourth house house trains us to strengthen the sensitivities of our inner home as the prerequisite to make a mark on the world by treating everyone like family and everywhere as home. What kind of world would we live if the beloved community, global home, and family were the ordering principles of civilization?" says Colin Bedell (@queercosmos).

“The 6th house in the birth chart is where we find your physical habits and health. Your routines, your work life, and your material self-care is reflected here. The 12th house is the most misunderstood house in astrology. It's here that we see early developmental issues that were repressed in the parents/guardians lives when you were wee. This is the place of your innermost psychology, your mental and spiritual health, and your subconscious motivations," says Jessica Lanyadoo (@jessica_lanyadoo).

The planets are shown in the chart in the bottom left-hand corner, and in the corresponding symbols on the chart. For example, this hypothetical person's sun is in Libra and their Jupiter is in Leo

Planets are celestial bodies that give life to the affairs of all living beings. Each planet rules a zodiac sign. Therefore, we can determine the energy of the sign based on the planetary ruler and House it resides in.

These planets move at a faster speed, than the outer planets, and affect our day-to-day life, as they move quickly.

According to BUST's own Sonia Ortiz (@soniaotarot), “the Sun represents our ego, our desires, our drive.” The Sun is the planetary ruler of Leo.

“The Moon represents your inner thought and emotions. Your sense of security and intimacy are highlighted here most," says Sonia Ortiz (@soniaotarot). The Moon is the planetary ruler of Cancer.

“Mercury reflects an individual’s style of communication and expression, how information is received and processed, and the world is perceived, as well as travel," says Priya Kale (@cosmicdiariesastrology). Mercury is the planetary ruler of Gemini and Virgo.

Mecca Woods describes the Goddess of Love and Money as “a magnet,” adding, “She helps us to attract the people and things that we want especially when we're turning on the charm and feeling/looking good.” Venus is the planetary ruler of Taurus and Libra.

Expansive and worldly Jupiter shows us how to get “lucky and where we need to keep the faith," says Mecca Woods (@1meccanism). Jupiter is the planetary ruler of Sagittarius and Pisces.

“Mars is ambitious, motivated, and not afraid to use brute force to get what it wants. In the birth chart, Mars' placement reveals how you get shit done and—perhaps most importantly—how you get down (me-ow)," says Aliza Kelly Faragher (@alizakelly). Mars is the planetary ruler of Aries and Scorpio.

“Saturn represents time, responsibility, and hard-work. Likewise, Saturn in your natal chart illuminates life's toughest lessons. Saturn is a harsh daddy, but when you embrace this stern planet (usually in the late 20s, during your Saturn Return), you learn how to overcome even the most difficult obstacles," says Aliza Kelly Faragher (@alizakelly). Saturn is the planetary ruler of Capricorn and Aquarius.

The outer planets move at a slower pace than the inner planets, and are considered “generational” planets due to their speed, making a transit through each sign last several years.

“Uranus is a planet that acts as a liberator; it’s transformative  energy brings sudden changes into people’s lives," says Kesaine Walker (@kesaine). Uranus is the modern planetary ruler of Aquarius.

“The spiritual planet Neptune focuses guides us to heal and connect to the universe through the gift of intuition," says Kesaine Walker (@kesaine).  Neptune is the modern planetary ruler of Pisces.

“Pluto implements change and growth by breaking down barriers through revelations and transformations," says Darla Downing (@themysticalsister). Pluto is the modern planetary ruler of Scorpio.

The Nodes of Fate

The Nodes of Fate are your souls destiny—the North Node symbolizes lessons which must be learned in this lifetime, while the South Node represents karma from our precious life that we must learn from. Both the North Node and the South Node work together to manifest destiny.

“Mythologically, the North Node symbolizes the immortal head of a dragon that possesses an insatiable appetite, and has a tendency to bring fated people, places and excess into the life. Its placement in a chart points to the desire for greater intake of a particular experience (based on house and aspect to any planets) which propels us toward our destiny," says Ashley Otero (@temple_healing_arts).

“The South Node, known as the dragon's tail [opposite the NN], symbolizes release, purification, and the familiarity of the past. By chart placement, it indicates knowledge and behavior patterns that we've accumulated from our past which can manifest as our talent or become toxic to our further development (in which case we're prompted to purge)," says Ashley Otero (@temple_healing_arts).

What Is A Saturn Return? Learn The Meaning Of This Astrological Phenomenon