Chelsea Handler Has Something To Say About Louis C.K.'s Return To Comedy 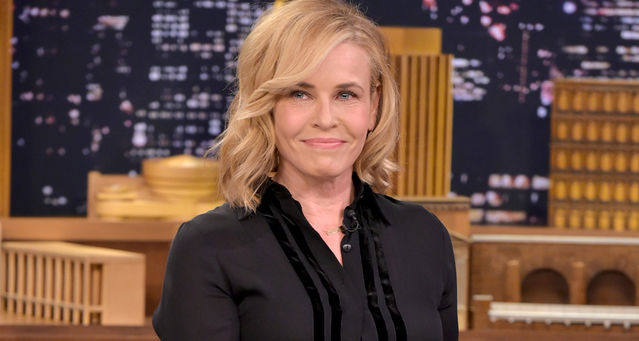 Comedian Chelsea Handler has a message for Louis C.K. following his attempted comedy comeback: “You can’t just come back and act like nothing happened. You did a bad thing.”

In a recent phone interview with the Huffington Post, Handler discussed C.K. and Aziz Ansari, two comics who were accused of sexual misconduct in November and January, respectively. “They have to address what happened. People want to talk about it,” she said. “You can’t just ignore and throw it under the rug. You have to talk about what you’ve learned, where you’ve come from and where you are now. I think that’s the issue everyone has with it, and why it’s such a big deal.”

Mashable reported that C.K., who released a statement following accusations against him that it was time to “step back and…listen,” returned to a New York comedy club at the end of August—and many people were upset. After his surprise performance, Kathy Griffin tweeted, “Louis just went on a long vacation and didn’t do anything to show that he has reformed/changed. He’s a multi-millionaire who finally got some sleep after working nonstop for years. This is how we are making people [pay] penance in the #MeToo era? Fucking pathetic.”

On Louis C.K. And His "Apology"