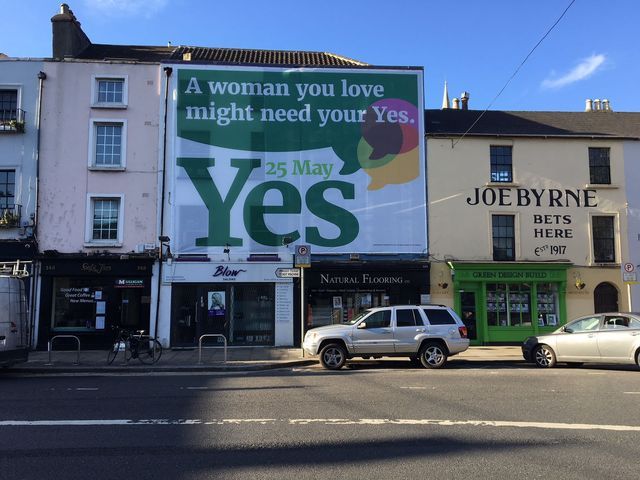 Ireland’s abortion ban is officially history. The Eighth Amendment, which prevented anyone in Ireland from receiving a safe and legal abortion, was voted out back in May, following a major push to “Vote Yes.” The new bill overturning the previous legislation was signed into law by President Michael Higgins yesterday, September 17.

The initial amendment “granted an equal right to life to the mother and the unborn child,” according to the BBC. The ban was first put in place in 1861, and it took six referendums to overturn. In May, however, it was finally voted out by an overwhelming 66.4%., reports the Irish Times.

Now, those needing abortions will be able to seek them from their general practitioners, and also through primary care facilities up to 12 weeks into pregnancy, writes the Irish Mirror.

In a statement on Twitter, Labour Party Senator Ivana Bacik, who has spent much of her career campaigning for the repeal, said, “It is an overwhelming relief to all of us who have campaigned to repeal for decades, but while it is wonderful it see it repealed, it is also bittersweet as so many women’s lives have been so irrevocably damaged by its continued presence in our Constitution for so long.”