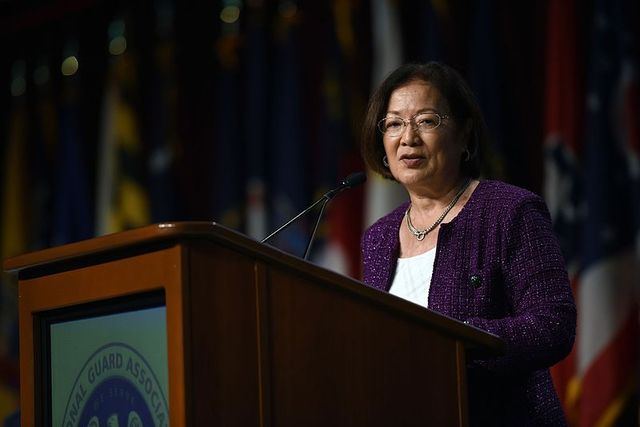 "I expect all of the enlightened men in our country, 'cause there must be millions of men out there who are enlightened, who also will rise up to say we cannot continue the victimization and the smearing of someone like Dr. Ford,” Hirono said at a news conference yesterday. “And you know what, she is under no obligation to participate in the Republican efforts to sweep this whole thing under the rug, to continue this nomination on the fast track and to participate in a smear campaign and basically a railroad job. This is what they did to Anita Hill.”

Hirono was the senator who asked Kavanaugh during his confirmation hearing whether he had committed sexual harassment or assault as a legal adult, to which he responded no.

When questioned by a reporter whether the four women on the Senate Judiciary Committee, who are all Democrats, could impact the decision to confirm Kavanaugh, Hirono replied that the responsibility shouldn’t be left to solely women. “Guess who is perpetrating all of these kinds of actions? It’s the men in this country,” Hirono said. “I just want to say to the men in this country, just shut up and step up. Do the right thing, for a change.”

Hirono expanded on this thought during an appearance on CNN’s New Day. “This kind of behavior—sexual harassment, sexual assault—it’s been going on," she said. “It’s not just something for the women in this country to care about; it’s for all of us. That’s why I’ve said to the men: ‘Just shut up and step up.’ And you know, for the men who are offended by this, you should ask yourself: Why are you offended by this? Why don’t you ask yourself: What about this offends you? We should all be holding together. We should all be treating each other like human beings.”